Thanks to Tom Lehrer#9: The Elements of Etymology 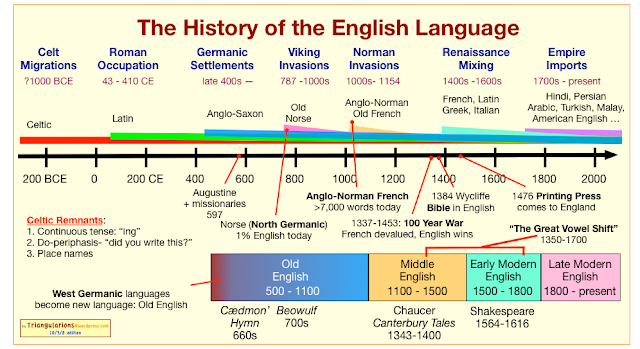 THE ELEMENTS OF ETYMOLOGY

(to the tune of "The Elements' - Tom Lehrer)


Introduction:
Can’t stop from writing wordplay to the pattern of Tom’s patter-song
It’s an enticing vehicle for grouping words to sing along
Invoked it several times before, and so it’s no coincidence
I’ll use its rhythm to explore The Origin Of Elements.

I’ve strained to educate myself in English Etymology
It’s so much more enticing than Ge-, Zö- or Entom-ology
In citing “Shorter Oxford” I need offer no apology
Its elements of evidence exceed those of phrenology.

Chapter #1: ORIGIN OF THE CHEMICAL ELEMENTS

I'm drawn to find the story of the origin of elements
Those elementary chemicals whose finders found much eminence
For some, who stride like Laureates, there's no doubt where the terms come from -
Thus Einstein-, Curi-, Nobel-, Fermi-, Bohr- and Rutherford-ium

I wish I'd been in Britain at the advent of centurions,
When they exclaimed to side-kicks, "Elementary, dear Wats(uri)on!"
Their Latin list gave just four names for ELEMENTUM, I lament
So  - earth, air, water, fire - Aristotle's concept’s what they meant.

The closest thing they had in mind to matter fundame-ental
They found in ore that they had mined, for 7 ancient me-etals
That's silver - Ag, gold - Au, and tin - Sn, and lead - Pb
And iron - Fe, copper - Cu, and Hg for mercury.

The Roman Empire's now declined, for that there's no recovery
Yet Latin place-names have been honored with the new discoveries
By plenty, at least twenty, sites of chemistry laborat’ries
(Like holmium for Stockholm), each with glorious science histories. 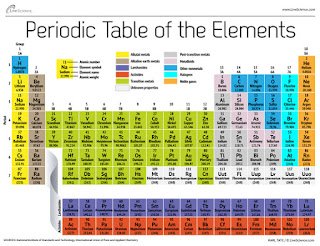 Chapter #2: ORIGIN OF THE WORD "ELEMENT"
This space is much too short for baby-photos of each element.
In my remaining time I'll try to deal with this bedevilment -
Though oft we’d borrowed loanwords of Roman and Norman ancestry
Who thought we'd need earfuls of nouns in “E” that end in  -E-N-T ?

A handful of these words can be imbued with Latin elegance
As such, we cleave off the –U-M and voice them with much eloquence,
Though few in number to join with our fine friend ELEMENTUM:
Perhaps there's just emolument-, experiment-, and excrement-um

The French are prone to form their adverbs with the self-same ending
“-ment”
I doubt so many –MENT nouns were used by Guillaume le Conquérant *,
He could proclaim his edicts nonetheless, we don’t know how (comment)
Maybe with nouns like engage-ment, encercle-ment, enforce-ment?

Conclusion:
I hoped to figure out where all these fascinating words come from.
Although I’ve learned a lot, I’m feeling, elementally, rather dumb.

Singable Supplement: -MENT NOUNS OF MIXED DERIVATION
When turning to the fav’rite part of my 2-volume diction’ry
A mighty river flows with such engorgement to its estuary.
A surge of ancient verbal roots were grafted on, just to concoct
A lengthy list of nouns that look part-Latin-like but sound ad hoc.

Contrast this excess with the paltry showing for the letter "S".
A statement for the shipment shows this segment boasts ten words or less;
Just settle-, sedi-, senti-, secure-, sacra-ment; that's all, God bless.
The cause of this disparity? I'd hate to even take a guess.

Posted by Giorgio Coniglio at 12:00