The parody of word-pairs: The REDUPLICATIONS, singable LEXICON, L to Z

KEYWORDS: goldenoldy, language
The original posting of The Lesson, including many examples, along with and this supplemental Lexicon  contain a total of over 250 intriguing  reduplications.

Many of these words have fascinating stories of their origin and subsequent use; the hotlinks highlight those with instructive or amusing information available on the web.

REDUPLICATIONS,  a singable lexicon with links, L to Z
(to the tune of "the Elements' - Tom Lehrer) 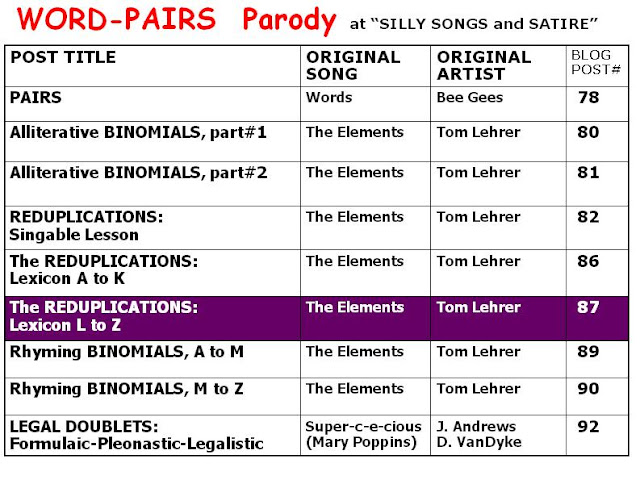 UKULELE-FRIENDLY FORMAT:
(Click on any chord-chart slide to move to 'song-presentation mode'; then navigate through thumbnails at bottom of page.)

I seem to be addicted to this "OS" (original song) as a vehicle for parodies. Try using the search function at the top of the page ("Lehrer" will get you there) to review the 6 previous submissions of this type.

You can play/sing Tom Lehrer's original patter-song, The Elements, by checking out Corktunes, the songbook of the Corktown Ukulele Jam here.
Lehrer had adapted the melody from "The Major General's Song" from Gilbert and Sullivan's "Pirates of Penzance". There are 3 somewhat different melodies/chord-sequences used in alteration through the G/S song, and in Lehrer's derived take-off. You should be familiar with the format by now, if you have been following these posts. 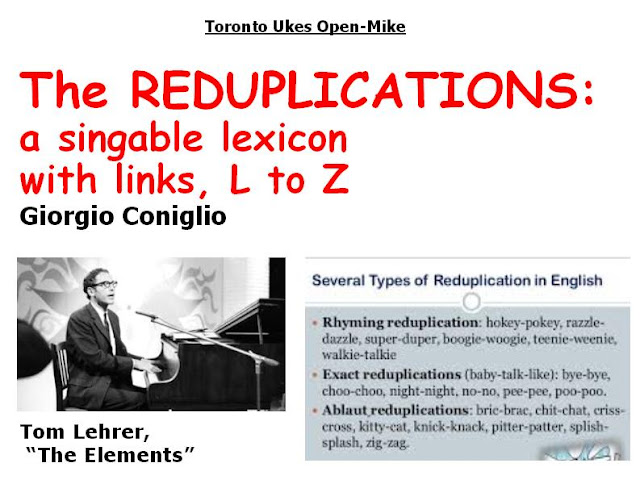 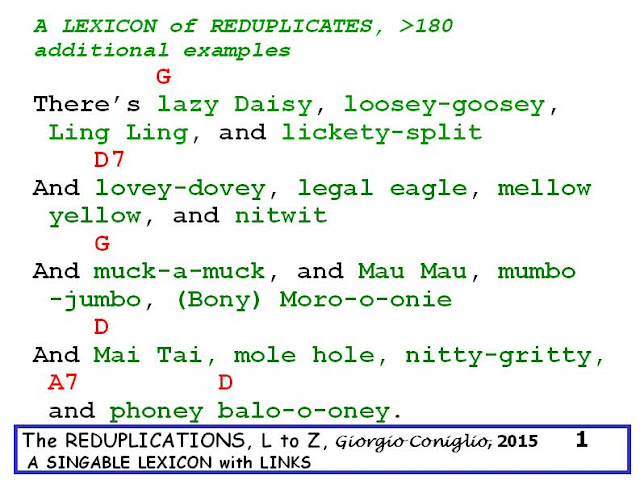 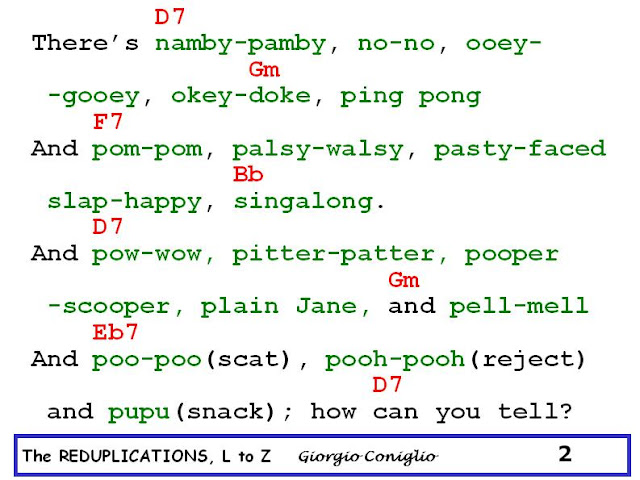 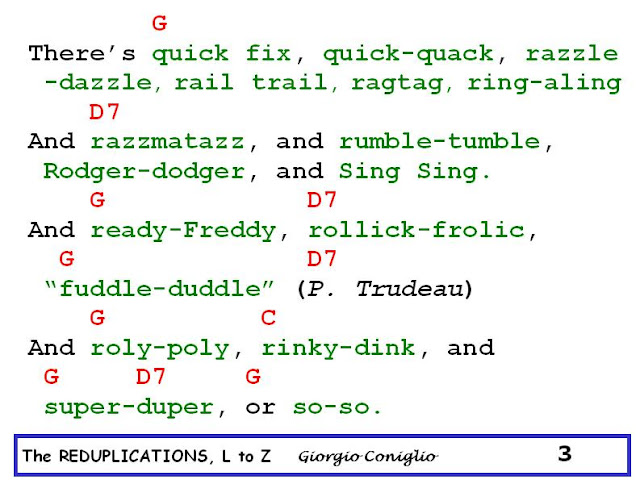 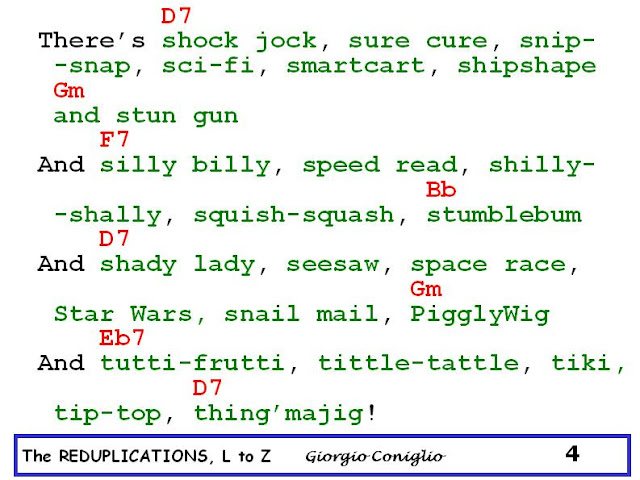 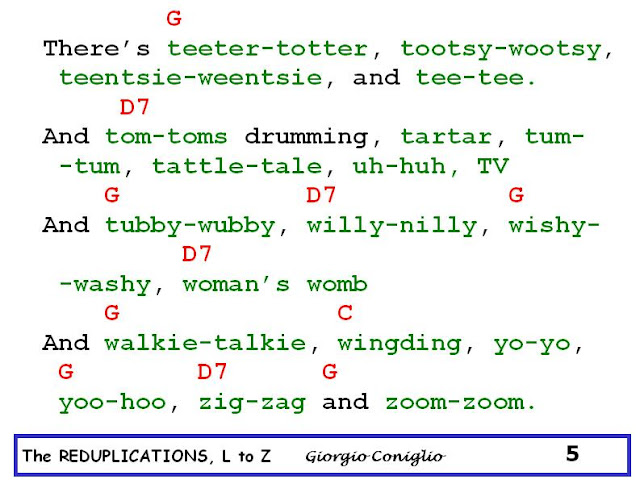 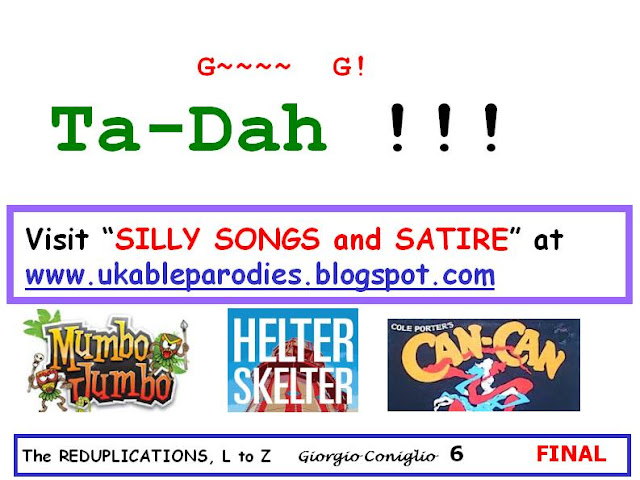 Posted by Giorgio Coniglio at 06:16