The parody of word-pairs: The REDUPLICATIONS, singable LEXICON, A to K


This post is a follow-up to "The Reduplications: A Lesson"

This collection of fascinating phrases has been modified somewhat since its original posting on the site AmIRight.com. Thanks are due to Al Silver, Becky Hurwitz and Uncle Paul for suggesting several examples which were incorporated into the current version. 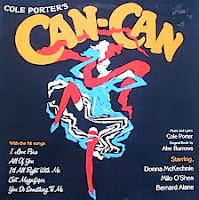 WARNING!  Do not attempt to sing this lesson at the pace of a patter-song. The management of this blog will take no responsibility for any injuries sustained.


Foreword: A Reprise of The Singable Lesson
I’m so enthralled with lyrics – their inherent musicality
I love the words I’ve heard, for both their quantity and quality.
And so I’ll share with you this recent lexic revela-ation –
My favorite word-device goes by the name ‘reduplica-ation’ ....

REDUPLICATIONS, a singable lexicon with links,  A to K

(to the tune of "The Elements" - Tom Lehrer) 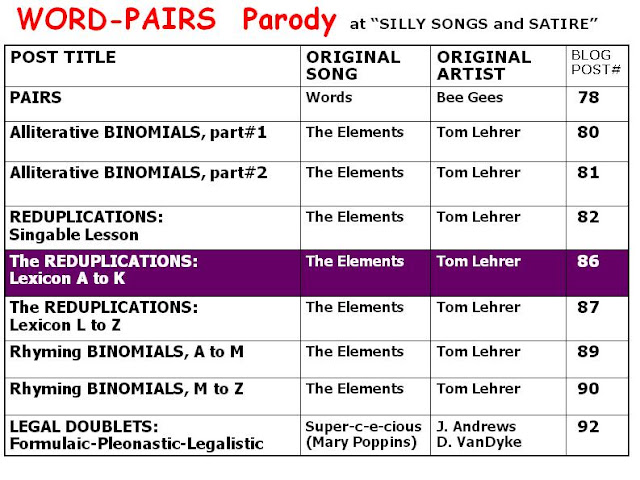 I seem to be addicted to this "OS" (original song) as a vehicle for parodies. Try using the search function at the top of the page ("Lehrer" will get you there) to review the 4 previous submissions of this type.

You can play/sing Tom Lehrer's original patter-song, The Elements, by checking out Corktunes, the songbook of the Corktown Ukulele Jam here. The chord-charts have the alternate-line superscript format that many ukers find preferable.

Lehrer had adapted the melody from "The Major General's Song" from Gilbert and Sullivan's "Pirates of Penzance". There are 3 somewhat different melodies/chord-sequences used in alteration through the G/S song, and in Lehrer's derived take-off. 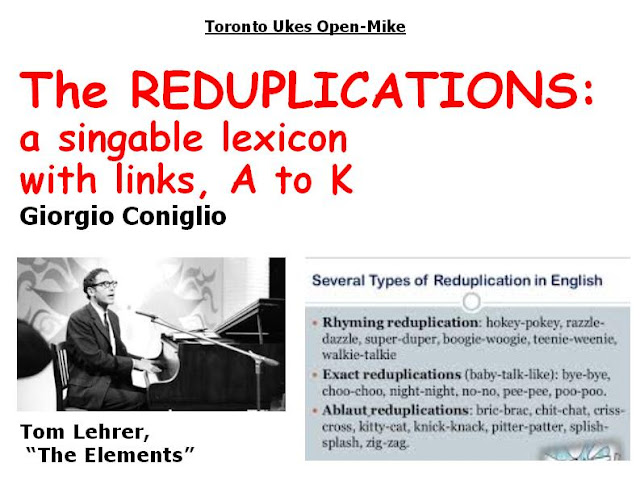 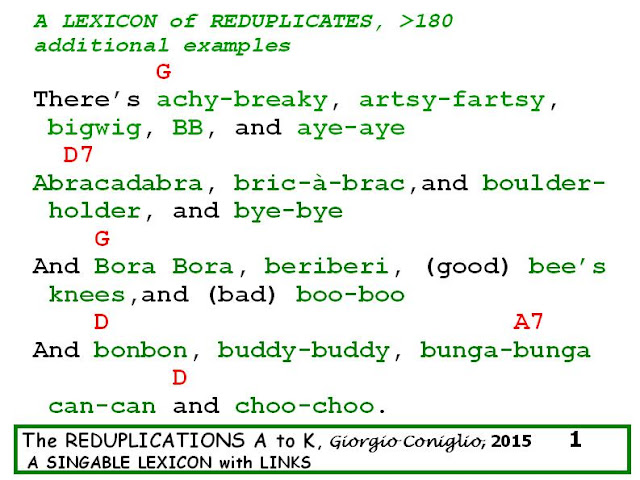 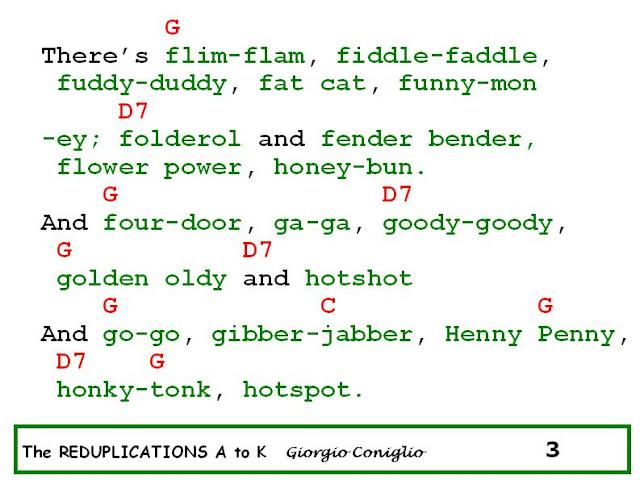 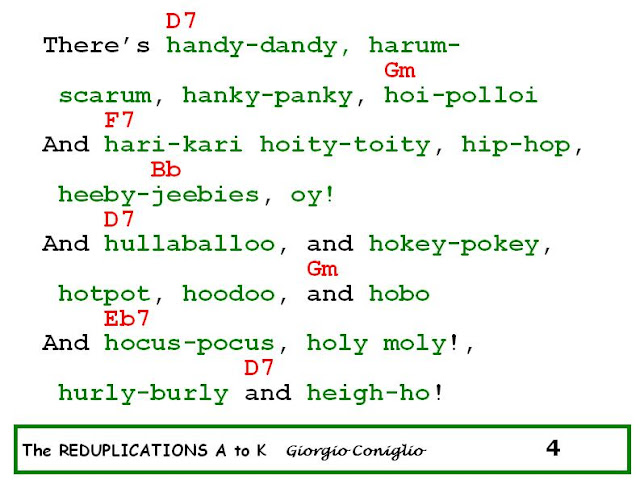 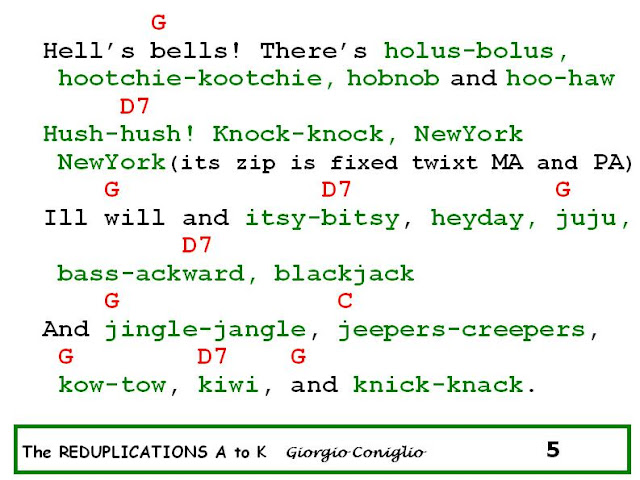 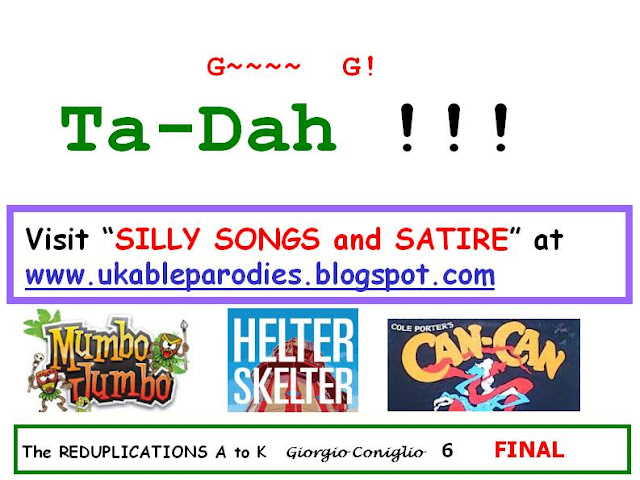 Posted by Giorgio Coniglio at 06:09