REPRISE:  a seasonal parody from 2015 revisited 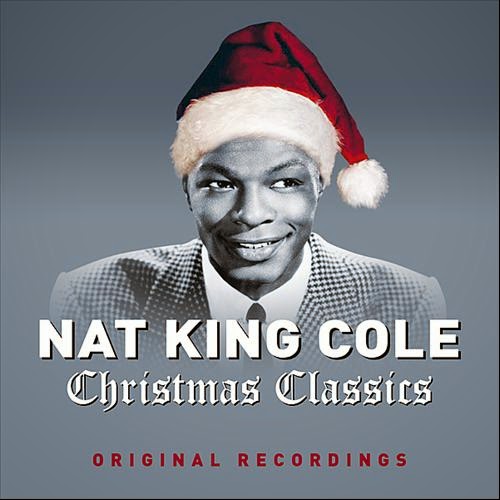 ORIGINAL SONG#2: "Good King Wenceslas", John Mason Neale 1853, but often now mistakenly referred to as 'traditional'. Neale's piece, (based on accounts of the Bohemian Wenceslas legend, and a 13th century 'spring- carol tune) was highly criticized in the 1920s as "ponderous moral doggerel"; see the interesting description in the Wikipedia essay.
PARODY COMPOSED: Giorgio Coniglio, January, 2015, currently updated with new verse-charts, improved fonts and an epilogue including slides with ukulele chords indicated for the original songs.
SONGLINK: For another parody on  "The Christmas Song"  see my earlier posting "The Cynic's Song" here. 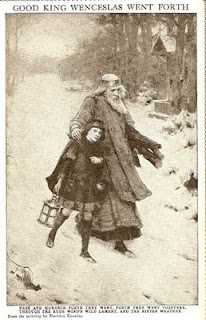 (to the tune of The Christmas Song - "Chestnuts Roasting")

Essay featured in Economist,
Turkeys' origins disclosed -Centerpiece of each year's Yuletide feast,Subspecies bred in Mexico.Dolts like me believed that gobblers and that Mid-East land -Names were mere coincidence.Ottomans, trading ships, caravans -I understand, it now makes sense.Each year I prove I'm such a goof,I try create too late a spiffy Christmas spoof,But with a month's delay I'll get it rightHelped by this article about "Turkey's Flight".And so I'm offering this paraphraseOf what the author claimed was true,French - d'inde, and the Turks call them 'hindi' - what jerks!While in India, name in Hindi,And in Portugal's 'peru'.To the tune of "Good King Wenceslas")

Montezuma once bred fowl tastier than pheasant;
Shipped the Spanish queen a thou - funky kind of present.
Isabella loathed the birds, trimmings too displeased her;
No use for leftovers, she didn't have a free-eezer.
'Turkeys', Moors, then Jews were banned from the royal kitchens;Legend says that's how began Spanish Inquisition - Cortes later sacked the lands of the Aztec ruler.Phil or Izz-and-Ferdinand ? Can't say which was cru-ueller.Avian émigrés toured through, crowns of Europe hosting,Though few of their lackeys knew oven-time for roasting.Hot or cold and steep or flat, exiled birds were living,Prospered in those countries that didn't have Thanksgi-iving.Thus this misnamed flock did cope through the 16th century,'ventually hens copped some hope with the English gentry.For some time they settled down,  breeding they found boring,Westward they shipped out again, restlessly explo-oring.Turkeys in America, native home recovered,Quirky and hysterical history discovered -Essay we would clearly rank best of the Econ'mist,Author we should dearly thank-(s)he remains anon-ymous. 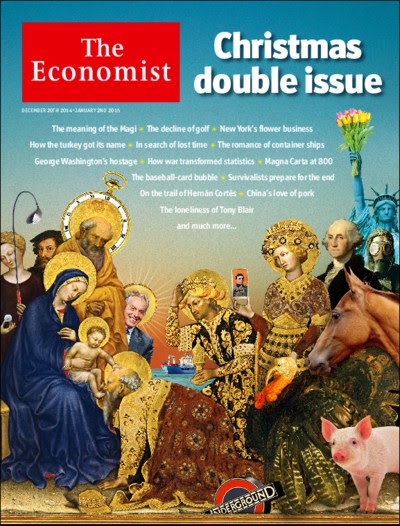 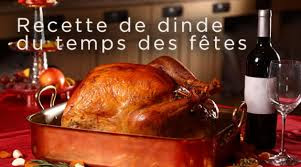 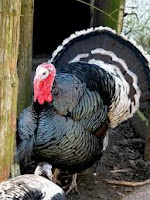 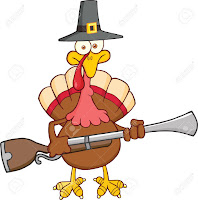 UKULELE-FRIENDLY FORMAT (and guitar, too!)


There are some difficult jazz chords here, but they sound beautiful, and are worth the effort! 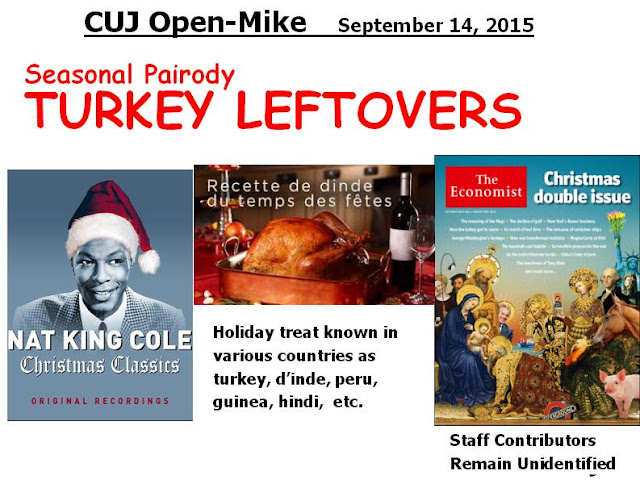 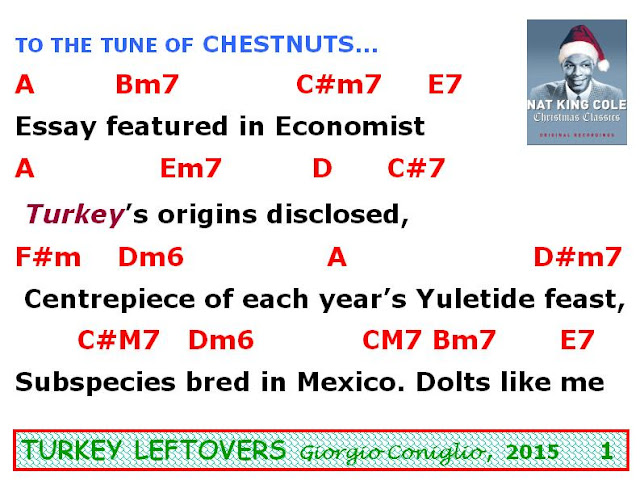 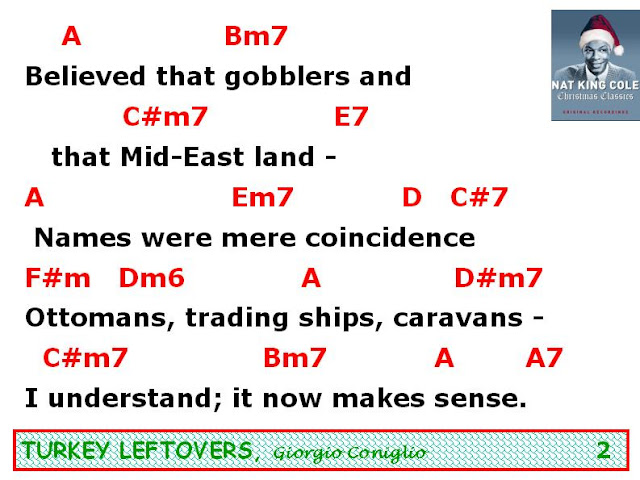 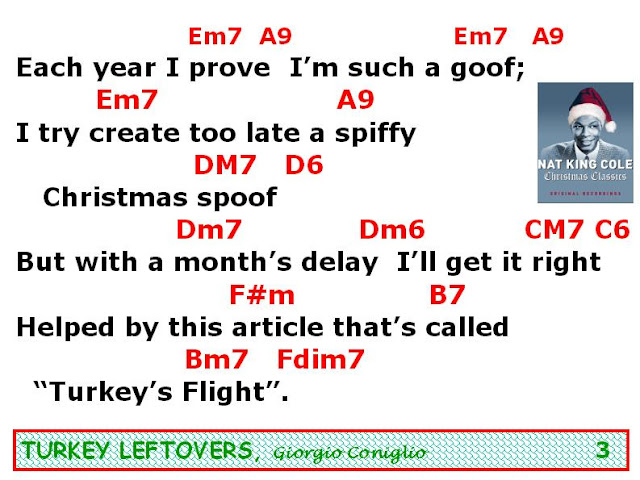 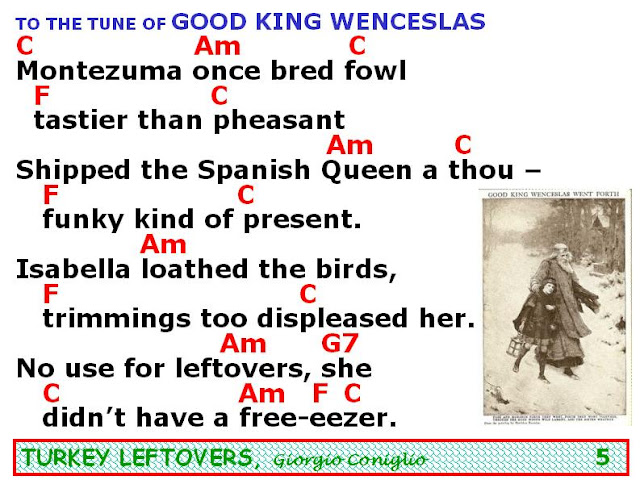 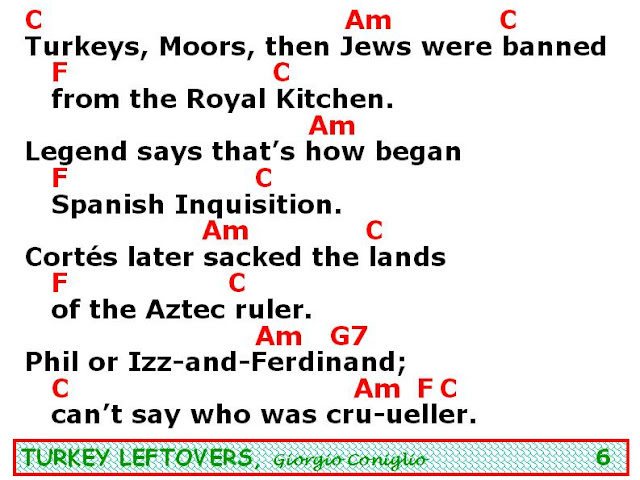 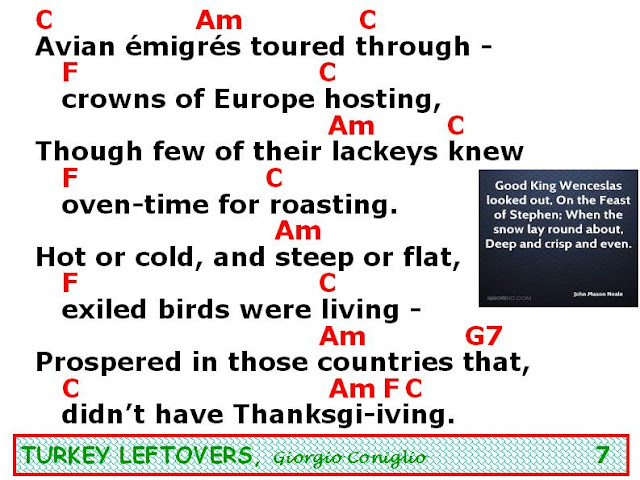 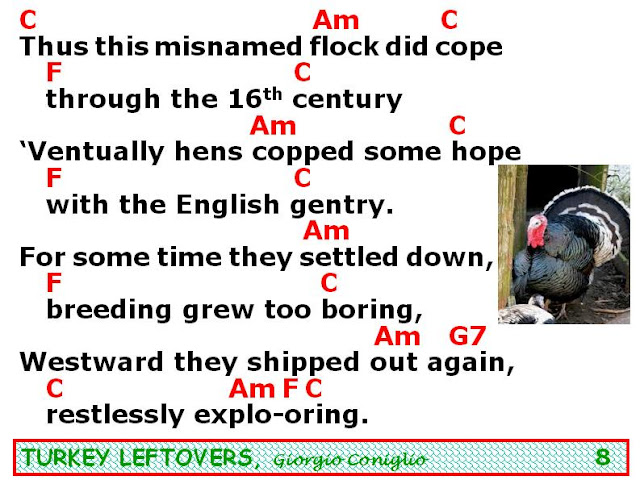 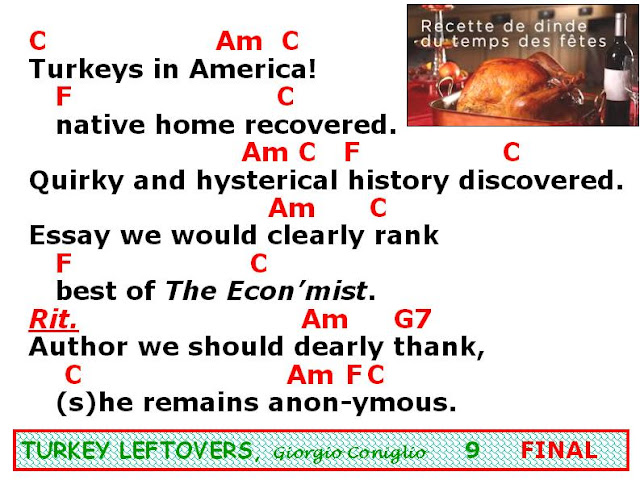 ORIGINAL SONG-LYRICS
(click on any verse-slide to enlarge the entire series and compare the original songs' verses with the parody version. Move back and forth using the thumbnails at the bottom) 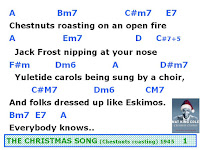 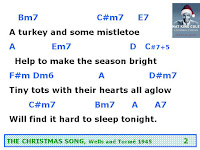 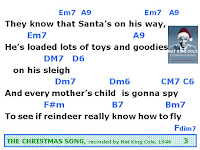 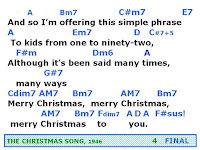 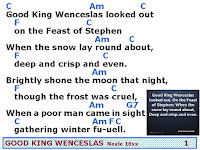 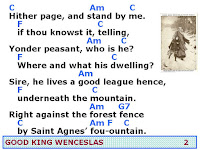 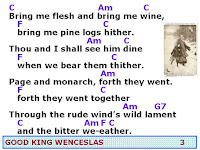 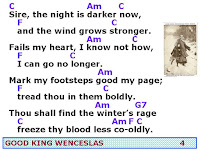 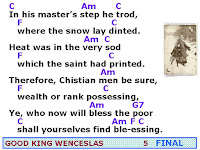 Posted by Giorgio Coniglio at 14:55 No comments: