Wordplay Song for Canada Day: THIS LAND HAS ANAGRAMS

Post #144
PARODY LYRICS
ORIGINAL SONG: "This Land Is My Land" 1956, The Travellers, with Canadian lyrics adapted from Woody Guthrie's 1940 American-based protest song.
PARODY COMPOSED: Giorgio Coniglio, June 2017.
WORDPLAY LINKS: The imaginary Canadian place-names derived from anagrams are found in 2 collections of Scramble-Town Maps on our sister-blog "Edifying Nonsense".
"Real and Funky vs Imaginary Names" are tabulated separately for ...
Atlantic Canada, post #56
and Western Canada, post #58
ACKNOWLEDGMENT: Steve McNie, at torontoUKES.com, for guidance in chordcharts. Check out the TU songbook for his charts on "This Land Is My Land" (Canadian version), and his cyclist's parody-song "This Lane is My Lane".


"The Rock" is a nickname for Newfoundland. 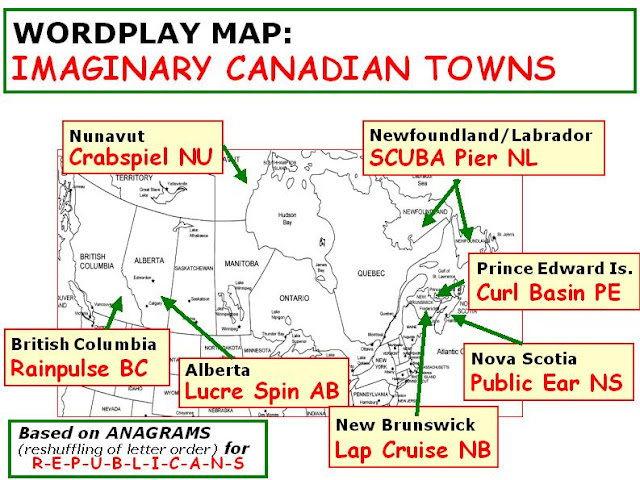 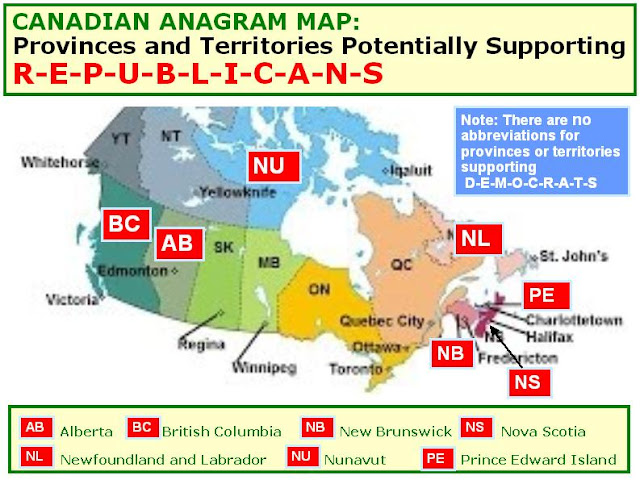 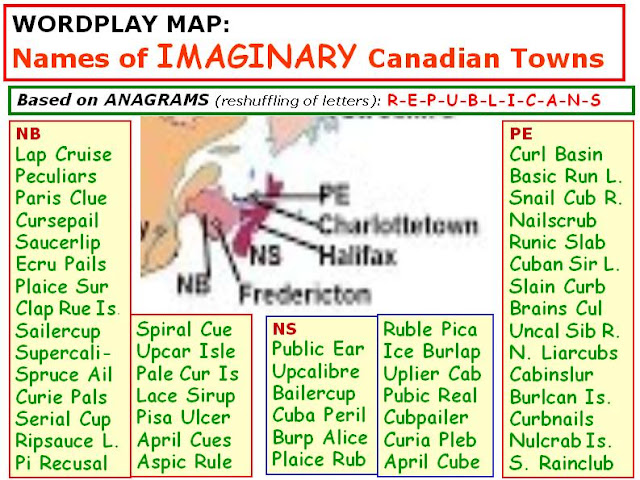 A synthesis of these factors leads to this cartographic formulation, which can't help but invoke a parody-song ... 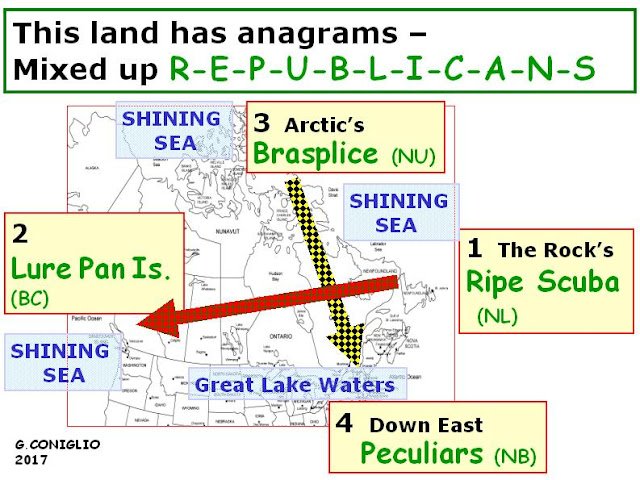 Look at the bottom of this blogpost for singable powerpoint slides of the Travellers' version of the lyrics.

THIS LAND HAS ANAGRAMS

Performing suggestion: Get some of the ensemble to call out the 2-letter abbreviations (distinguished by larger-sized font) for the town-names in each version of the "Chorus" . 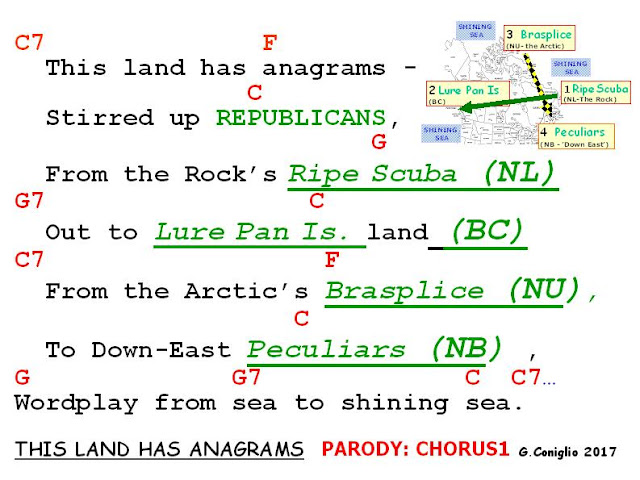 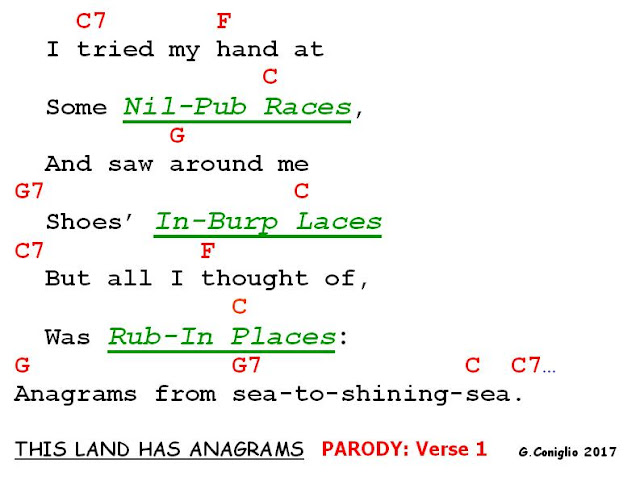 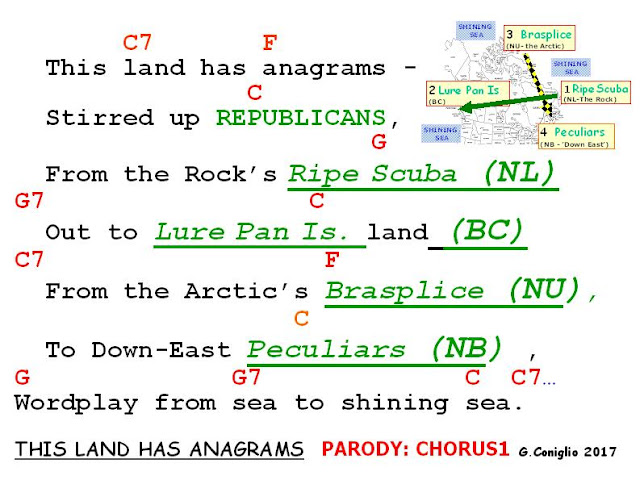 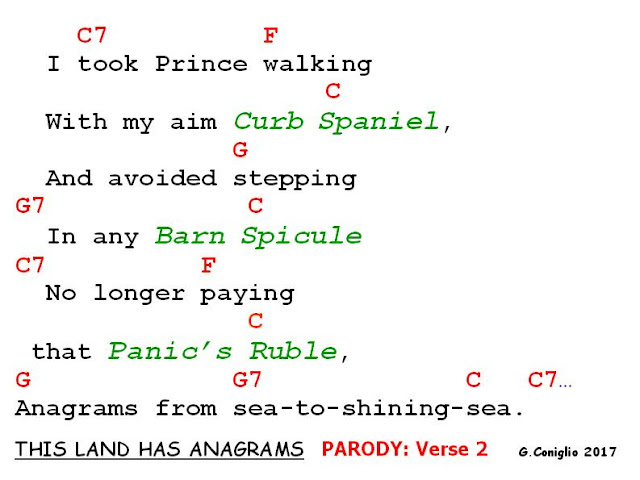 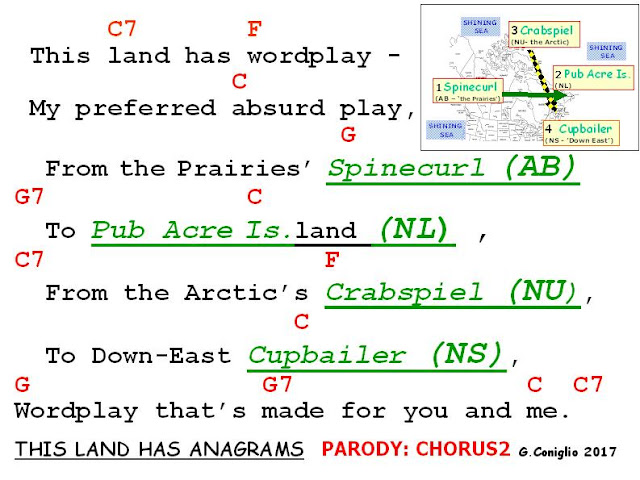 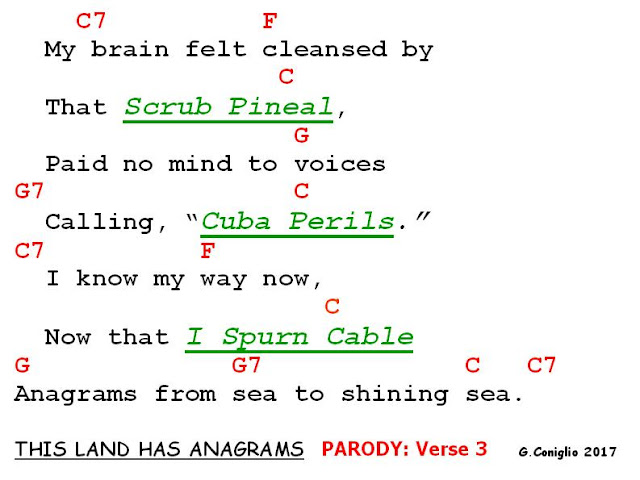 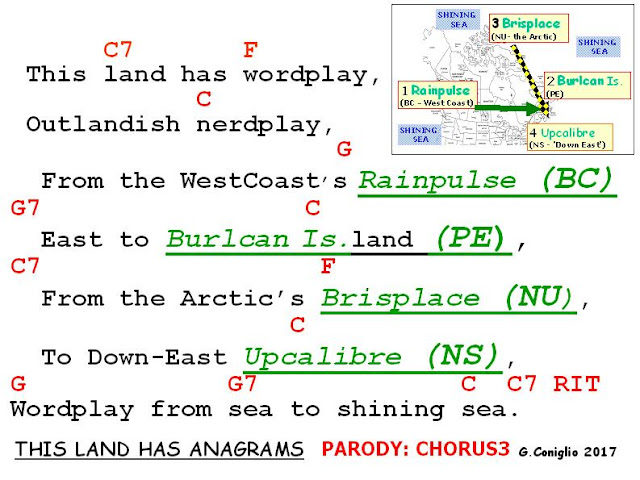 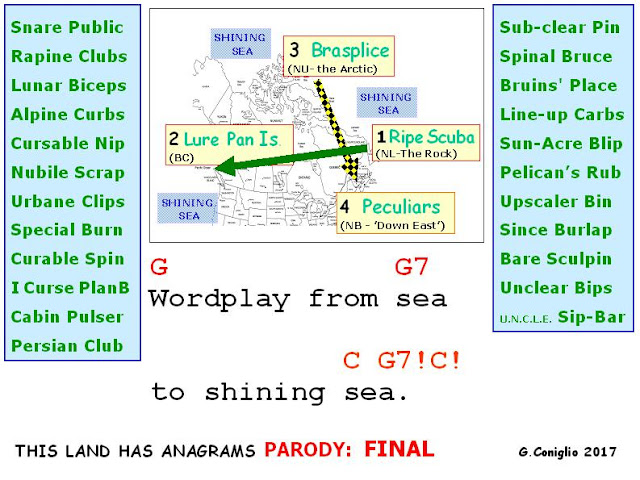 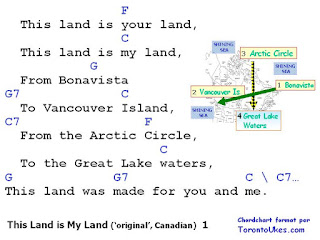 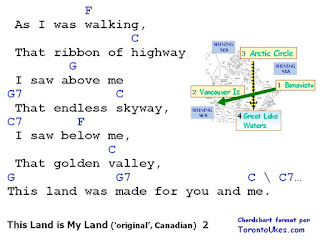 If you enjoyed the wordplay involved in these song lyrics, you can find further examples posted on our sister blog, "EDIFYING NONSENSE", as demonstrated here. 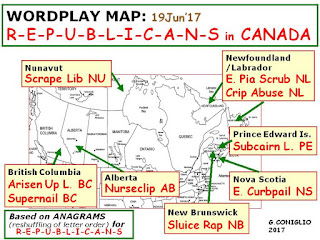 Posted by Giorgio Coniglio at 16:54