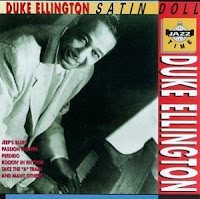 
TECHNICAL NOTES: The call 'switcherooney' at the end of the chorus has become an indispensable part of the lyrics of this song which appears to switch keys, but was written to end in the key of C.
For ease of singing, I have transposed it up a half-octave. The present version also shows the embellishment of the chords (9th to 7th) at the end of each verse, and has a few other chord enhancements.

SONG LINKS:  A 4-verse poetry collage in limerick form, originally published at OEDILF.com by Giorgio provided the thematic basis for this song. Transposed to music, the singable limericks are found on the present blog at post #138,  "The Delights of Anglo-Latin". 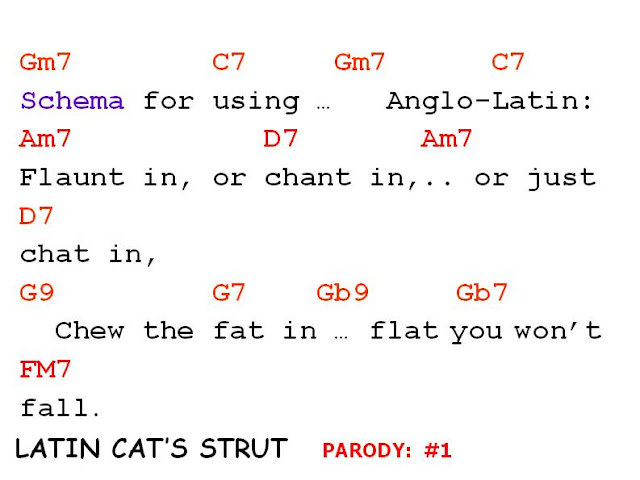 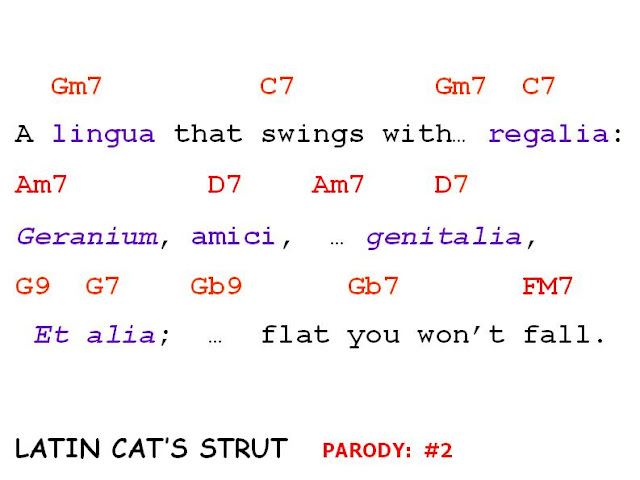 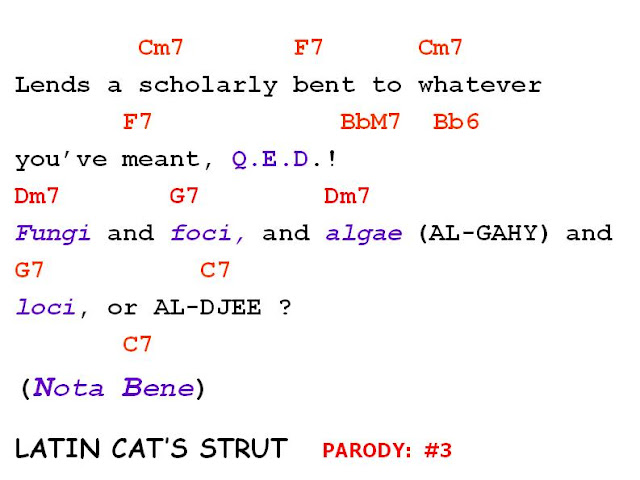 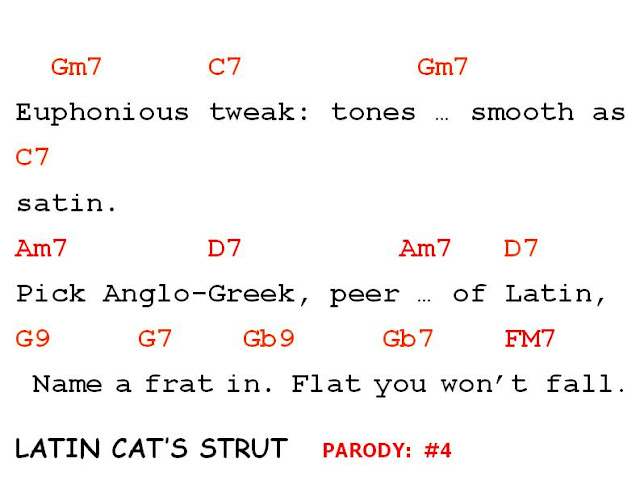 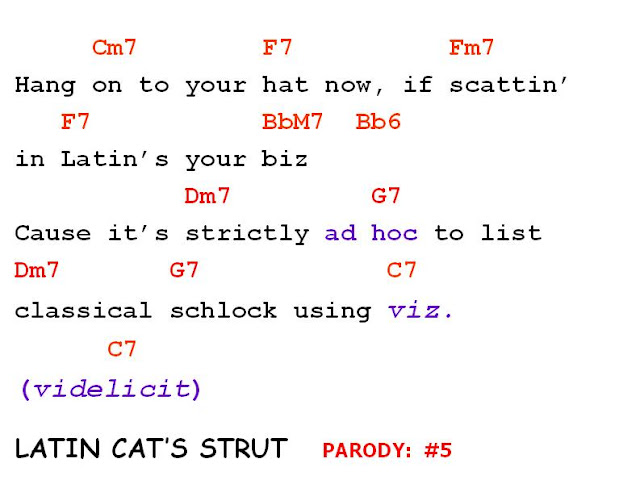 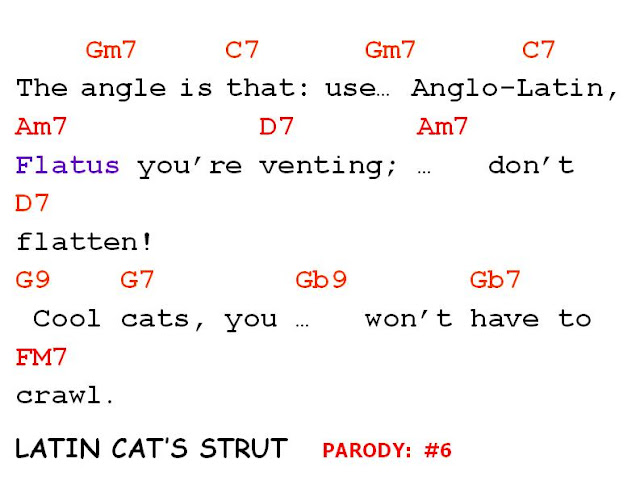 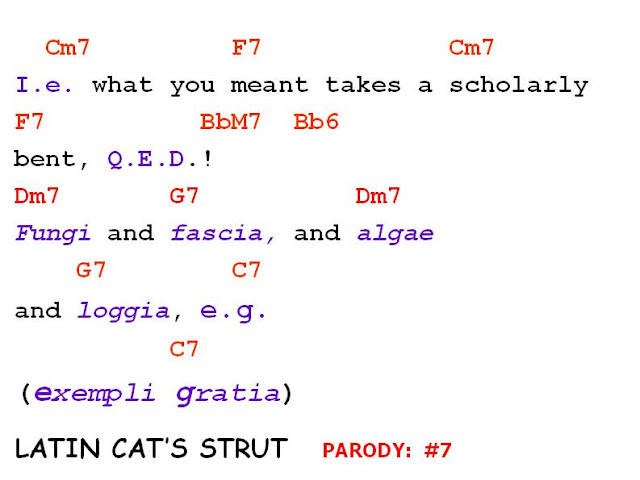 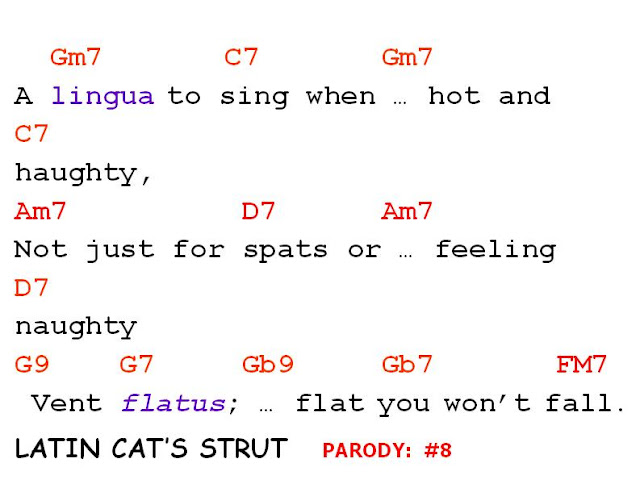 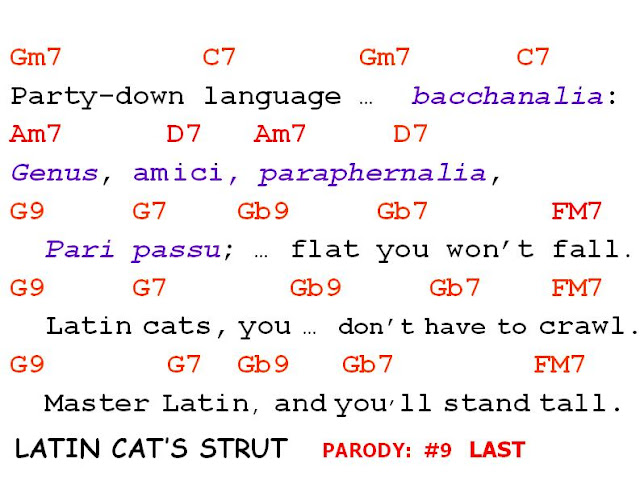 Posted by Giorgio Coniglio at 15:49