A Summertime Contrafactum: Budapest is So Fine...... 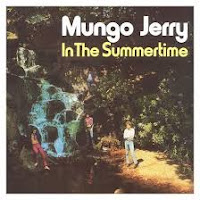 I rather enjoy George Ezra’s recent song “Budapest”. Notes on the web suggest that he wrote this song before he had ever visited the city. It’s a beautifully simple 3-chord song, but somehow it reminds me of some well-known older gems.

BUDAPEST IS SO FINE IN THE SUMMERTIME

(to the tune of "In the Summertime")

Back in Budapest, there’s a grand piano
In my hidden house - it’s a gold Castillo - 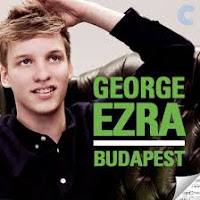 I’ve a treasure chest, also hectares of a land that I’ve achieved
It is hard, but believe,
For you, I’d stop all that and leave.

Oh, my daddy's rich, family don’t understand
My friends fear they’d lose if you take my hand,
And my artifacts - of them I’ve got a tonne or twenty-one
And the list goes on
But if you just say the words – I’ll up and run.

They’re not mean people, but they never make a change
We love everybody, but find foreigners quite strange
Give me one reason why I shouldn’t do just as I please
Hold me, baby
And all of this will go away.

Back in Budapest, there’s a grand piano
In my treasure house - it’s a gold Castillo
Dah dah dah dah dah,
But for you.., you.. I’d leave it all.

(Repeat and fade out)