Dreamed up the trig’s big Sine, and its
Gude cos’n bright an’ fine;
[One minus (Lang’s-Sine)squared], my dear,
Its square-root – Auld Lang’s Cosine.

And though his mind did grow less clear,
His concept’s been refined –
One o’er t’other – Tangent, dear
Derived frae Auld Lang’s Sine.

And at the end, his sight grown dim
Ideas still implant –
Turned on its head, Auld Lang’s Cosine,
We know as Auld Lang’s Secant. 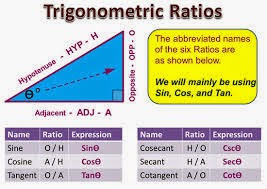 His final word, “Cotangent”,
Then his soul was carried up;
So kindly pass the pi, my dear,
And to Lang we’ll drink a cup.