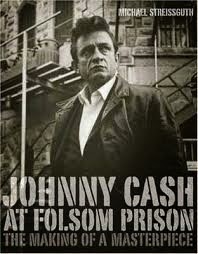 (to the tune of "Folsom Prison Blues")

I favor precise syntax, also terms that aren't obscure,But skill in this regard don't earn no sinecure.We're stuck with fulsome diction, careenin' round the curve.  Objurgatin' parlous parlance takes vigor, vim and verve.The origin of 'specious' lies deep within the soul;You try to be ingenious, but suffice to be 'mindful'.I classed a guy as 'restive' - what I meant was 'calmed'
Now I'll feel so meretricious until when I'm embalmed.I presage Big Bananas in a gaudy chauffered Benz, They'll likely smoke Havanas with their double-malted blends;
They'll purvey inchoate music, an 'ivory-tickler' too,  And they'll launch the night's diversion without further 'adieu'. (pron. ad-yoo)
I sense those noisome symptoms, not 'symptomatology';
There is method in my madness, but not 'methodology'.
Post-cibal declamations -  they're what one calls verbose;
I'll forgo the panegyrics, when I'm more otiose.


I flaunt my proper diction with no expletives abstruse, 'Though such punctilious practice serves no heuristic use;  To chide bombastic speaking needs vigor, vim and verve.
A paradigm to strive for, from which one shouldn't swerve.

Posted by Giorgio Coniglio at 17:36