ORIGINAL SONG: For this post, we will use the melody for the verses of the 1960 hit written by Carole King and Gerry Goffin "Will You (Still) Love Me Tomorrow?".
ORIGINAL POEM/STORY: "The Walrus and the Carpenter" is a poem recited by Tweedledum and Tweedledee to Alice in chapter 4 of Through the Looking Glass by Lewis Carroll, published in 1871.
SATIRE COMPOSED: The third verse of the satire-song was originally composed as a limerick based roughly on the Lewis Carroll poem and submitted to OEDILF, an online humour dictionary, by Giorgio Coniglio in January 2018. Giorgio subsequently expanded the poem to the current 6 verses, where it is published as a blogpost on our wordplay blog, "EDIFYING NONSENSE".
Here, it is set it to the music of the Carole King song, with some minor changes in the lyrics to accomodate differences in scansion. Thanks are due to Steve McNie of Toronto Ukes, whose songbook provided the chord and lyrics slides for the original song. (As usual, you can find the chordchart verses for the original if you search carefully at the end of the post) .
SONGLINK:  We have undertaken the onerous task  of bringing you new melodies for singing limericks, as per the post "Novel Melodies for Singing Limericks". The melody of the King-Goffin tune was used as the vehicle for another recent post incorporating a collection of verses rendered to music "Singable Limerick Medley #26: From the Carolina Lowcountry"

(to the tune of "Will You Still Love Me Tomorrow?")

The sun in December shone brightly
On the beach and the marsh day and nightly;
Asked the Walrus with dread,
“Foul our oyster-friends’ bed?”
Sobbed the Carpenter, "They can't do that rightly."

"What to think of this vista of pluff-mud?
If you stand there you'll sink; it's not tough mud.
Seven maids, seven mops,
They clearly would be flops."
Moped the Walrus, "There's not nearly enough mud."

"Great environment! What could be finer
Than the pluff-mud of South Carolina?
For you oysters, I mean."
(Voiced with appetite keen)
"See you later at Bill's Seafood Diner."

"They disgust almost all girls and boysters;
Jews must shun them, I trust, but not goysters.
Coastal feast I love most
Is that Lowcountry Roast
Where they shovel up clusters of oysters."

The Carpenter claimed, "I'm unwilling
To condone any offshore oil drilling.
If my home were the marsh,
You can bet I would be harsh
Over every small droplet they're spilling."

The sun in December shone brightly
On the billows (that's odd!) day and nightly;
When the Carpenter pled,
“Please don't foul that oyster bed.”
Sobbed the Walrus, "They can't do that rightly."

UKULELE-FRIENDLY FORMAT (and guitar, too!)
(Click on any chord-chart slide to move to 'song-presentation mode'; then navigate through thumbnails at bottom of page.) 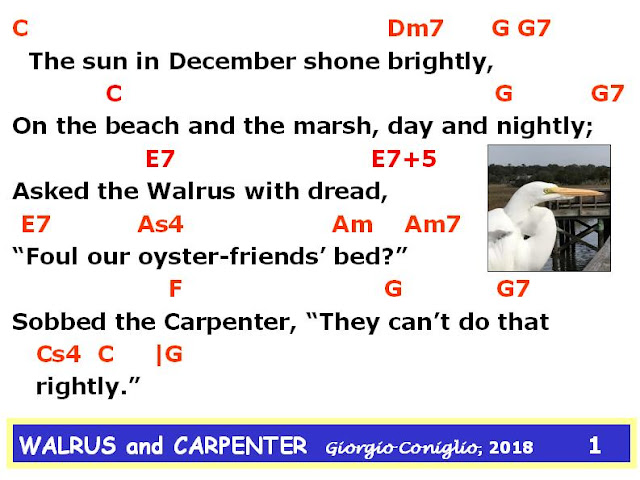 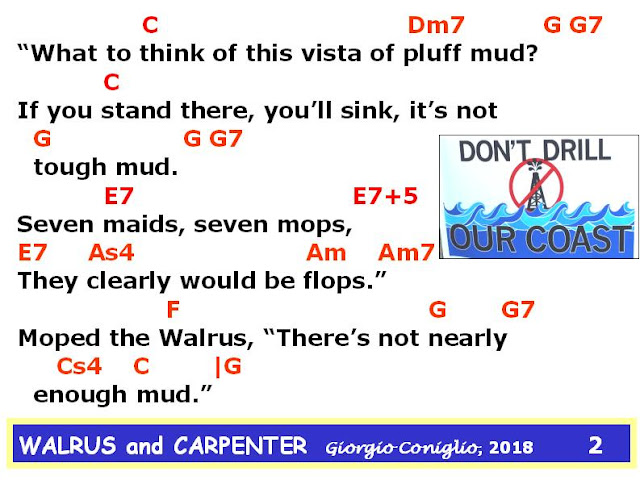 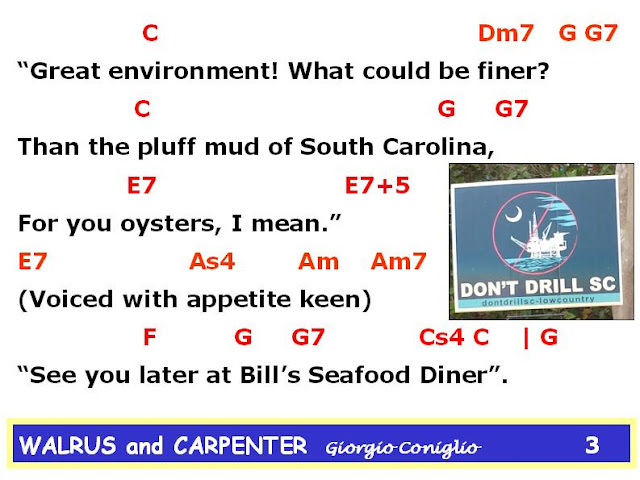 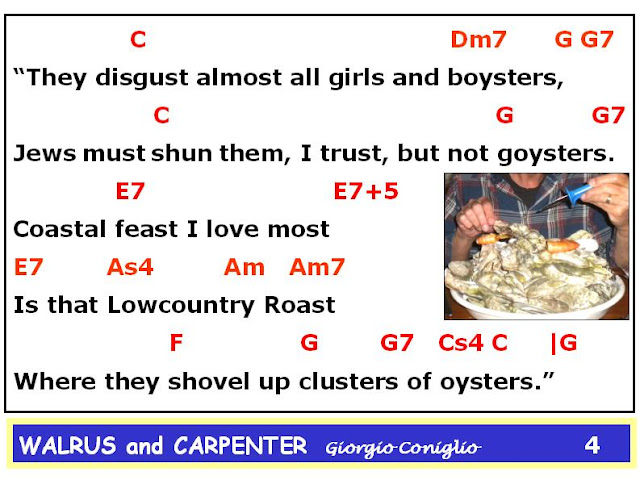 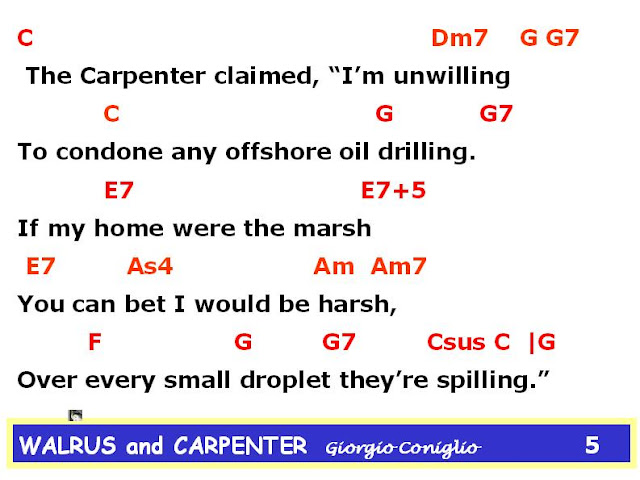 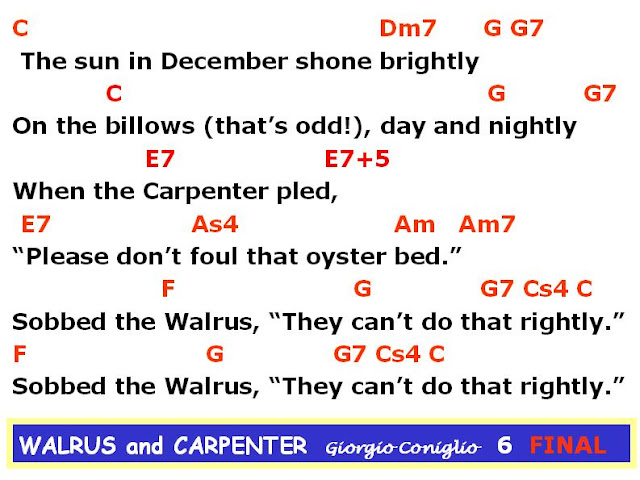 For a better understanding of "pluff mud" see the photos accompanying the related limerick verses here. 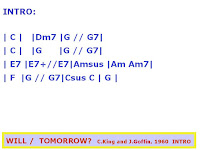 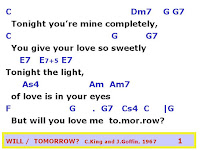 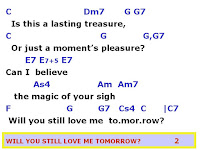 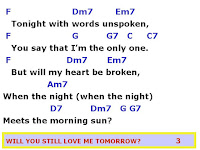 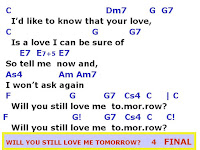 Posted by Giorgio Coniglio at 20:44