ORIGINAL SONG: These verses can be sung to  "The Limerick Song", as per YouTube here.
LIMERICK VERSE:  Original verses composed by Giorgio Coniglio, and compiled in December 2017. Many of the poems have been published at the OEDILF website (the Omnificent English Dictionary in Limerick Form) by Giorgio Coniglio, 2016-2017. The OEDILF identifying number (#) and the Author's Note accompanying each poem, where relevant, are shown following each poem.
CONTENTS:
1. Molevolence
2. The Male Rhino
3. Rabbit-Habits (Male)
4. She-Goats
5. The Centipede Returns
6. Anthropocentric
7. Moe, the Clothes Moth
8. The Woodchuck

Readers keen on Biology might also like to review the blogpost "The Avian Life".
Readers who are fans of Ogden Nash, might recognize his influence with respect to our poems here concerning rabbits' habits and the intrusion of the centipede into domestic life. These folk might enjoy enjoy seeing some of their hero's poems set to music in post #28, and post #29 .

(To the tune of "The Limerick Song". Display of the lyrics has been condensed to 4 lines for each verse, with internal rhyming in line 3, rather than the more customary 5-line limerick format.)


1. Eastern moles shun our sun-drenched solarium;
They have fun as they trench their ‘terrarium’.

Our lawn’s riddled with knolls where moles tunnel their holes.
With malevolence, I’d like to bury 'em.
(Or abolish their habits or vary 'em)

2. Ron the rhino, depressed and forlorny,
Mourned, "That mate of mine seldom feels horny."Does this tale about 'tail' prompt a human males's wail?Men might find this verse corny or porny.
(But for guys, Ron's dilemma is thorny)


The mating habits of the white rhinoceros are discussed at https://en.wikipedia.org/wiki/White_rhinoceros

3. I detest the offensive male rabbit;
He's a beast of concupiscent habit.

He'll egregiously breed, though there's clearly no need:
Should occasion present — he‘d just grab it.
Any chance for romance? Watch him nab it.

4. That fine Chavignol cheese that you've bought?
Gourmets say, "It's the best chevre we've got."

All the she-goats have heard that their crottin's preferred,
Though the French word for 'turd' is  la crotte.

5. His performance derided by Nash,
Yet he streaks 'cross your den in a flash.
Even Ogden agreed -- his speed's hard to impede.
It's the centipede's 100-foot dash.


6. Each mammalian species and genus
Has a male form – the one with the p***s.
Female humans, we find, that self-centered, he’s blind
To all subtlety. That comes between us.

7. Moe grumps, "Butterfly? Flutterby-schmutterby.
Mindless moults and clothes-noshing just stutter by.
My mouth's stuffed — that's a patter-killer; I'm no kvetch," moans this
caterpillar.
As a moth, eats no cloth, he'll just mutter by.
Manny's moth-mob infests your dried pasta(Though they'll ravage your sweater-vests faster).If some larvae are seen in your box of rotini:Meatsauce ready? Just eat; no disaster.


8. Fierce debate: how much wood throws a woodchuck
(When well-trained, so he knows what he COULD chuck)?"I could pitch half a cord if I didn't get bored.That's my personal best: it's a GOOD chuck." 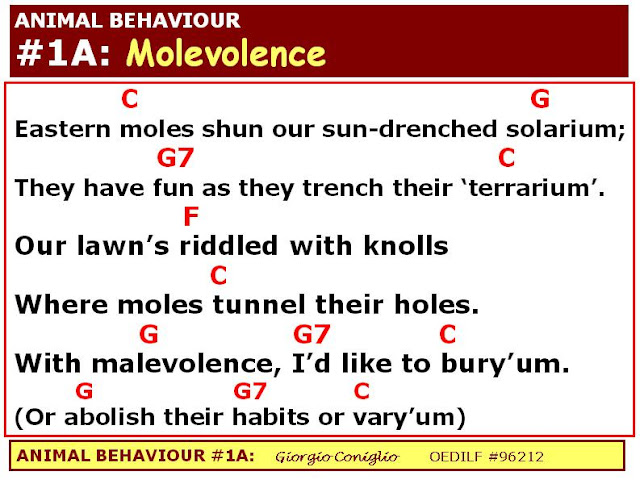 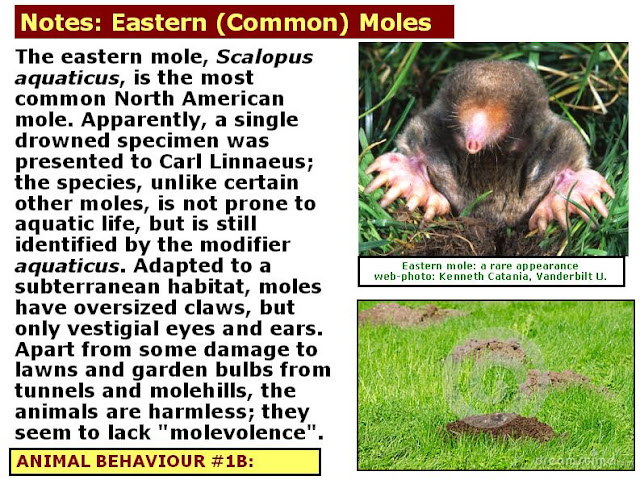 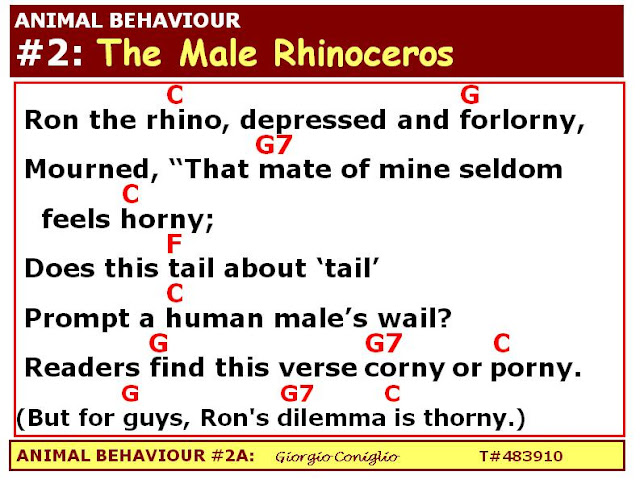 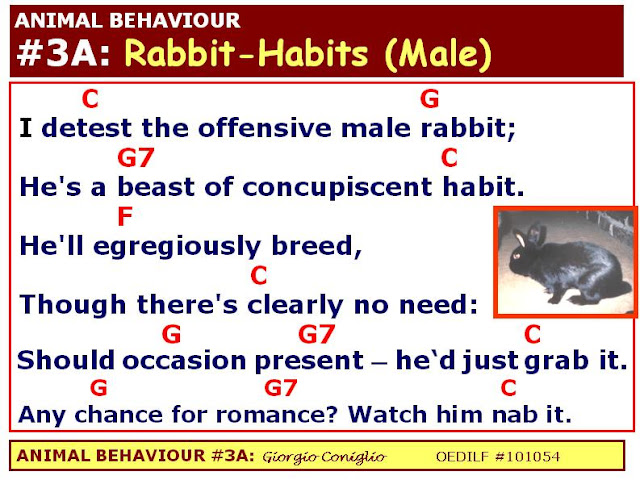 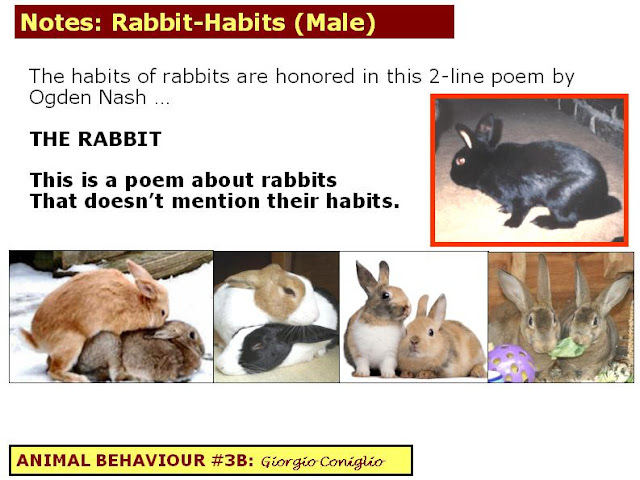 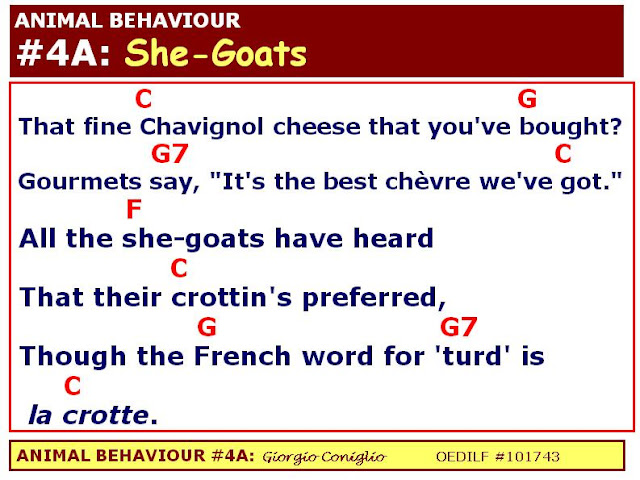 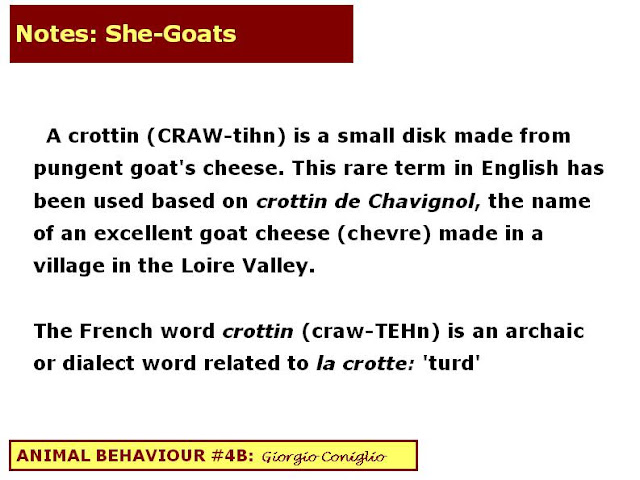 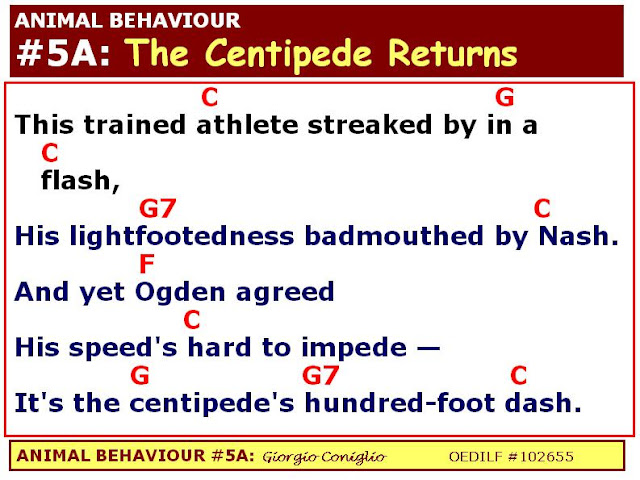 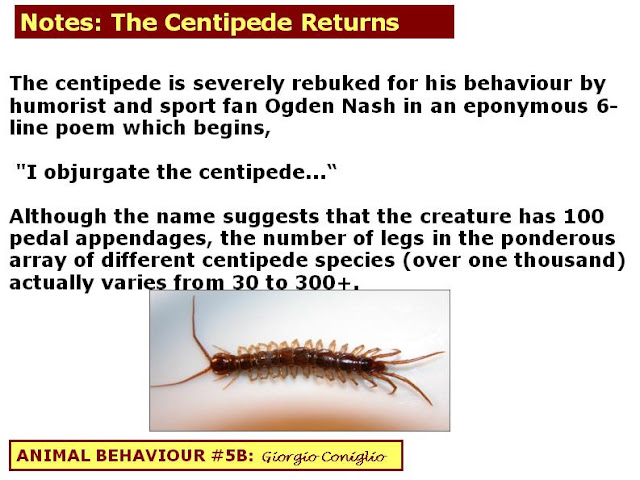 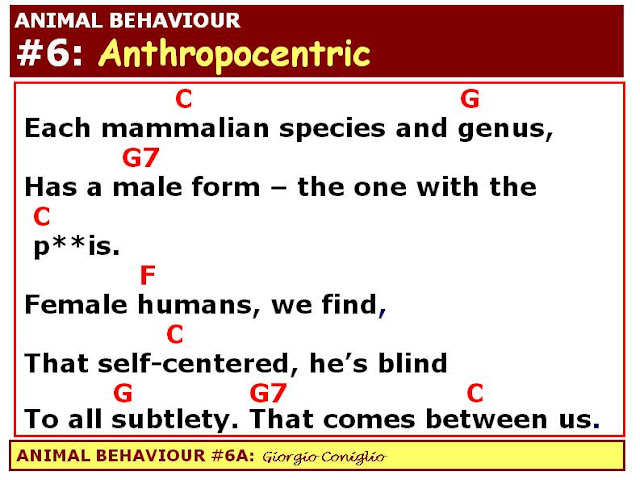 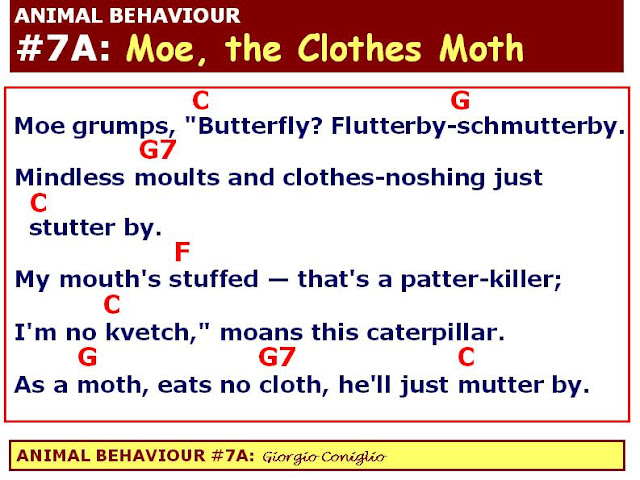 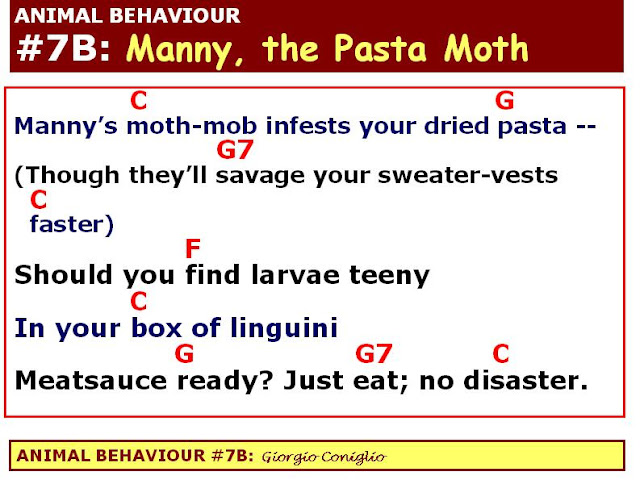 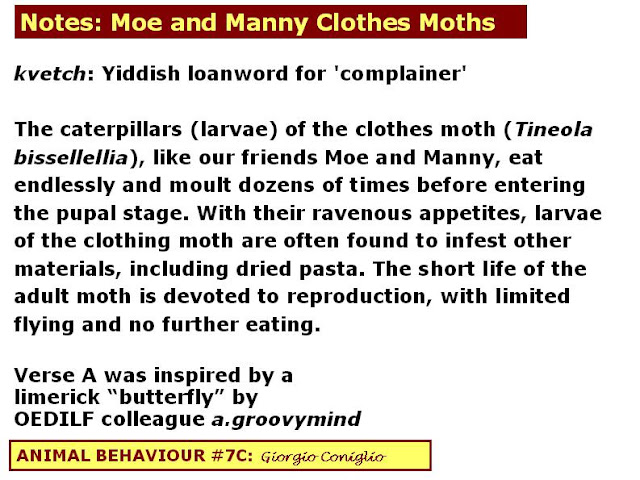 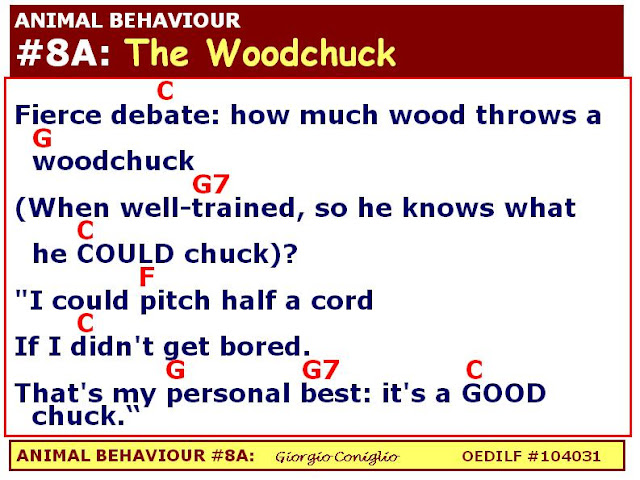 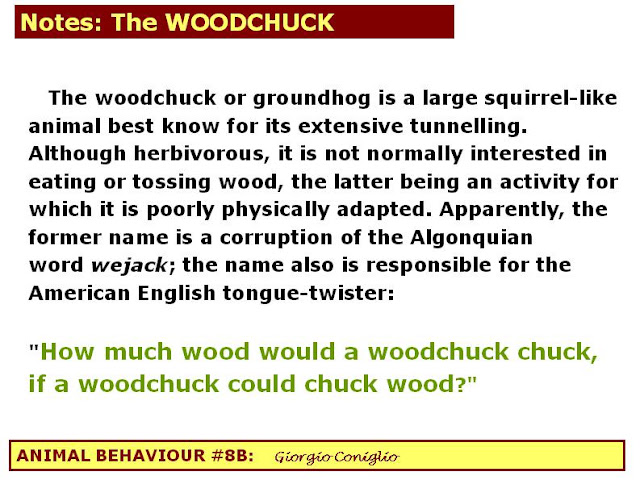 Posted by Giorgio Coniglio at 06:03