Singable Limerick-Medley: FIRST YEAR on the RANGE (A Cowboy-Political Ballad)

ORIGINAL SONG: These verses were originally conceived to be sung to  "The Limerick Song", as per YouTube here.
However to avoid unnecessary outsourcing, the melody has been changed to "Home on the Range", an American Western folk song written in 1872 (the best known recording is by Bing Crosby in 1933).
LIMERICK VERSE:  Original poetry was composed by Giorgio Coniglio, and compiled in November 2017. Many of the poems have been published at the OEDILF website (the Omnificent English Dictionary in Limerick Form) by Giorgio Coniglio, 2016-2017. The OEDILF identifying number (#) and the Author's Note accompanying each poem, where relevant, are shown following the first verse.
The current musical scoring was arranged by Giorgio Coniglio in January 2018.

Song for the Morning After the Election
The Trump Years: America's Longest Limerick

FOR WORD-BUFFS, check out the post on the wordplay blog EDIFYING NONSENSE "Palindromic Political Blurts by Ed, the Derailed Liar".

And, for an 'external' link to more limerick-verses than you ever thought possible, visit the blog "Mad Kanes' Political Madness"

FIRST YEAR ON THE RANGE


Introduction: CHORUS (the LARGEST group of voices EVER assembled)
Now that Hillary’s pilloried, (Donald J.) Trump
Is our Pres (Libs might like that or lump).
Make America grate; our allies decimate;
But revenge! Twenty-Twenty, we’ll dump.

1. Spicer thought that today, we should play it safe, eh?
(Covert intel was leaked by El Jefe)
"Constant negative press"? We can clean up that mess
With a weapon Vlad calls ‘the covfefe’.

2."No attack dog, more scary than poochy,
Nor sex scandal that screams, 'Hoochie-coochie'
Could match the release of that New Yorker piece:
My profane rant." The Mooch Scaramucci

4. A consortium of ursine arms-vendors
Struck gold when they sold ClawExtenders,
Thus fulfilling the prayers (and the right to arm bears)
Of good Second Amendment Defenders.

6. Half the populace sadly keeps coping.
As elected old lechers keep groping
Here’s a sobering thought: At the top starts the rot –
Let’s have Congress impeach them– here’s hoping!

7. Reckless Trump wrote this lim'rick, "Jerusalem:
Former allies Islamic, cut loose..." A lim
That was sure to start riots; protesters might die. It's
Diplomacy? His poor excuse-a-lim.

8. With judgment hard-headed, outrageous and poor,
He pulled hard for the dubious Roy Moore.
Down in ol’ Alabama, child-molesters to slammer
Should proceed, not U.S. Senate floor.

9. George Orwell imagined his 'Newspeak'-
In that world, it’s what peons must/do speak.
But the administration that's controlling this nation
Now mandates what words staff eschew-speak.

10.What could menace ambassadress Haley?

She's a hawk who will dress down foes gaily.
Her boss? Slippery as fish — headline-grabbing his wish.
Has he sacked her? She should assess daily.
11. Boast! Roast! - morning tweetstorm
"What a child!", gloat detractors, "an effete storm"
He's America's First (his own enemy, worst)
A self-centered and 'sad' Self-DefeatStorm. 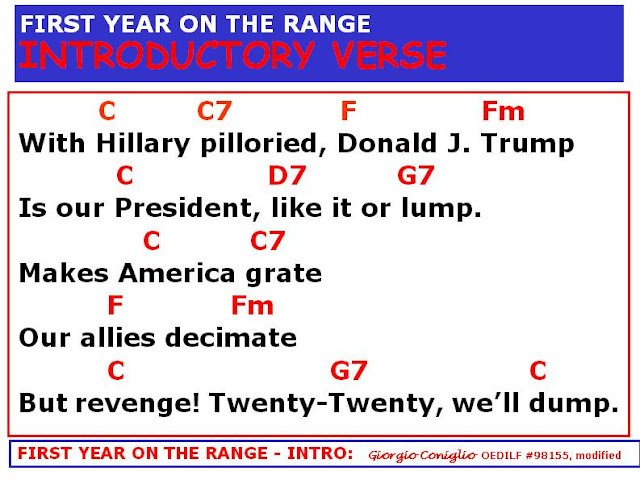 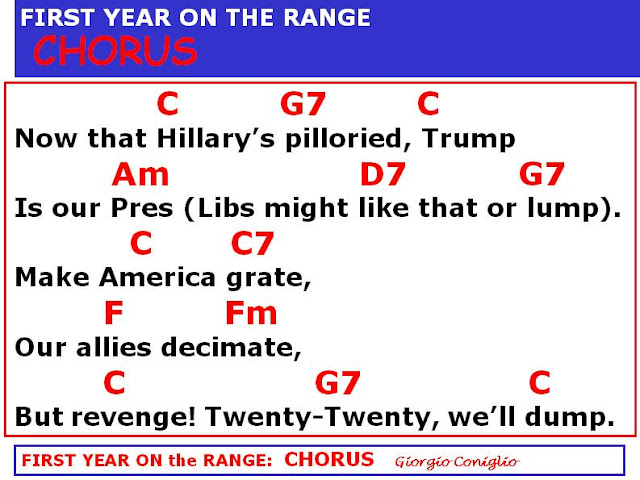 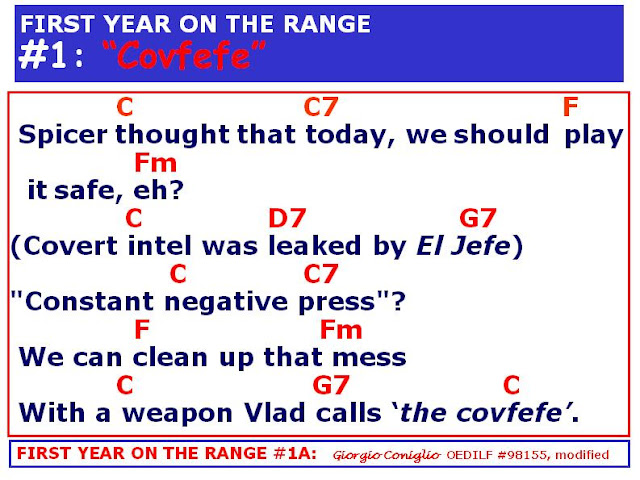 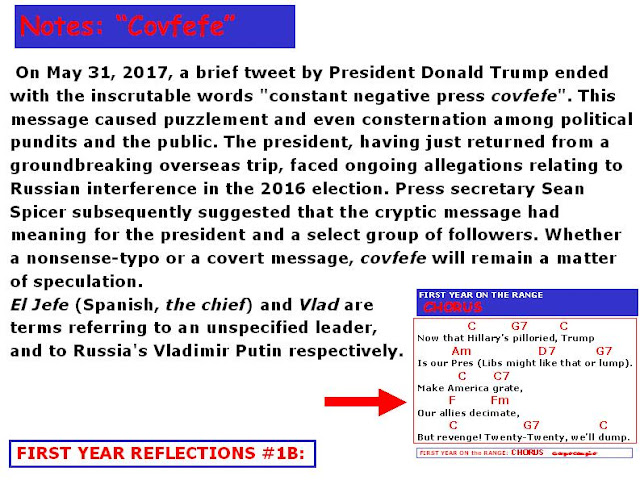 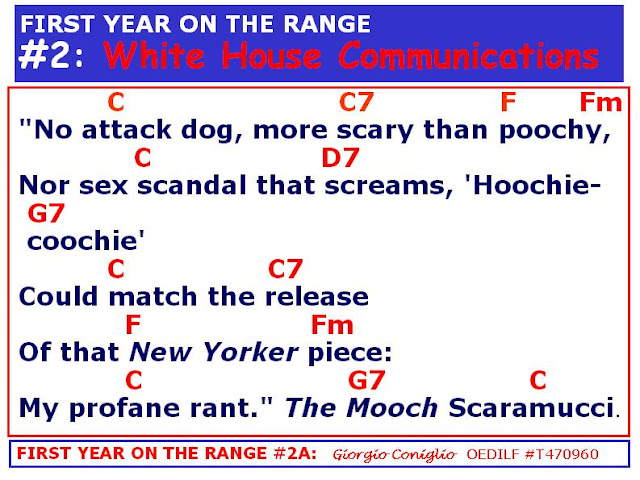 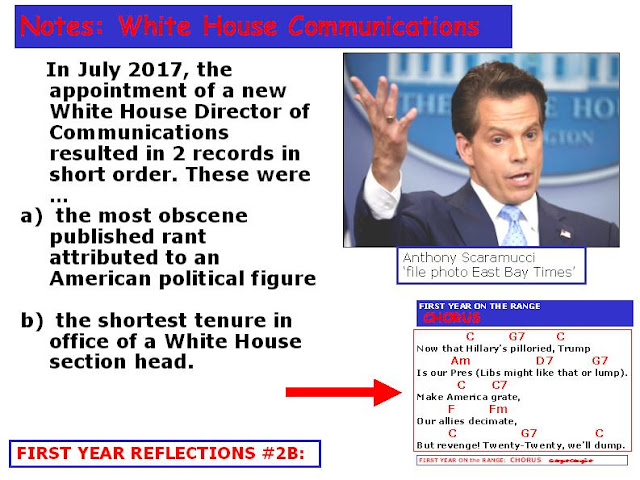 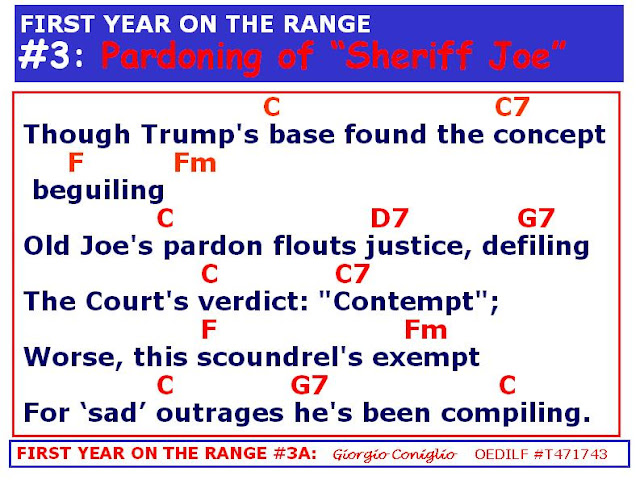 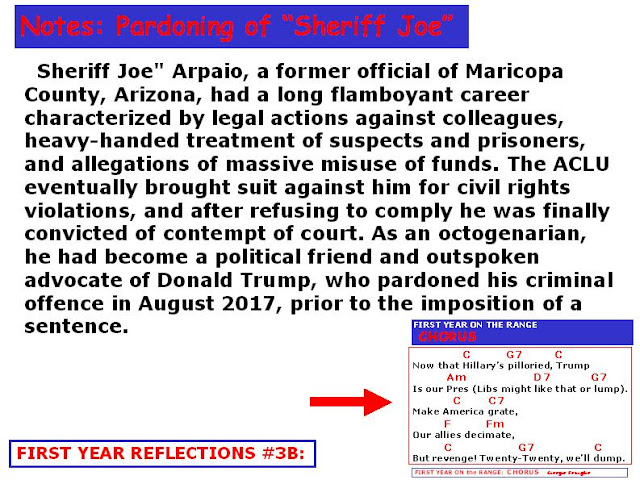 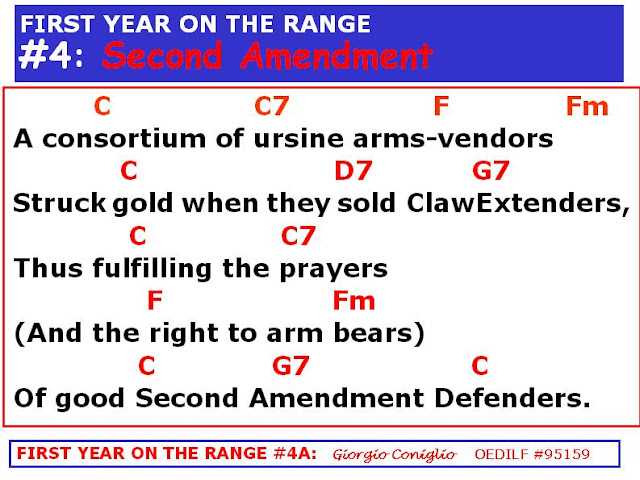 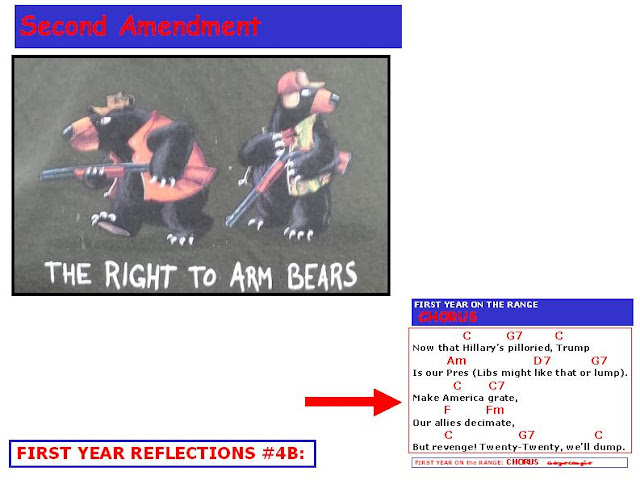 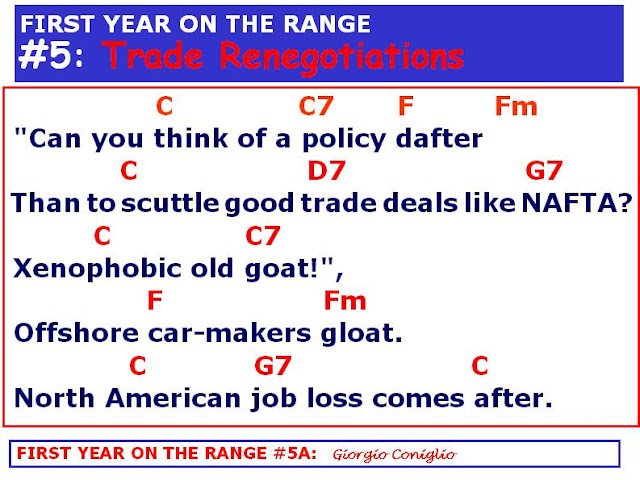 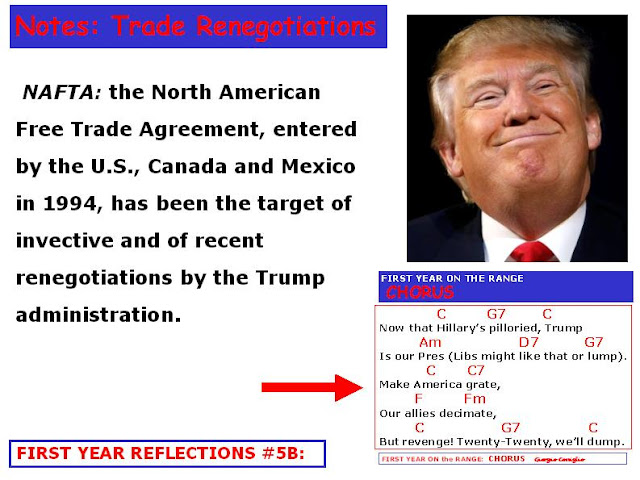 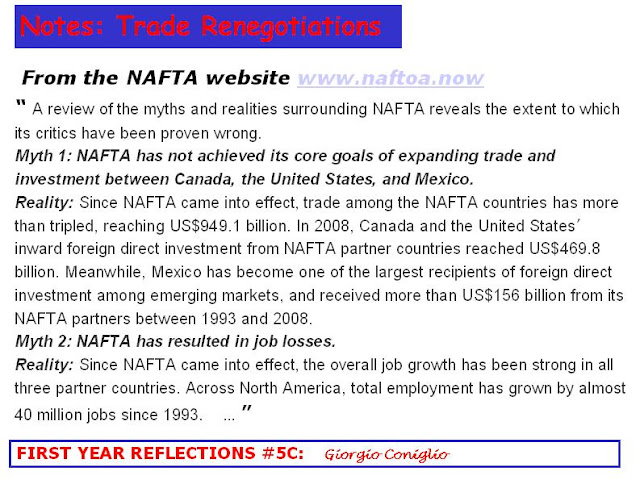 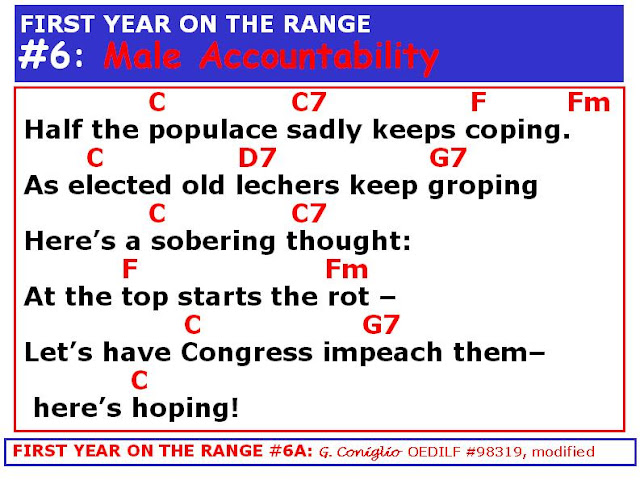 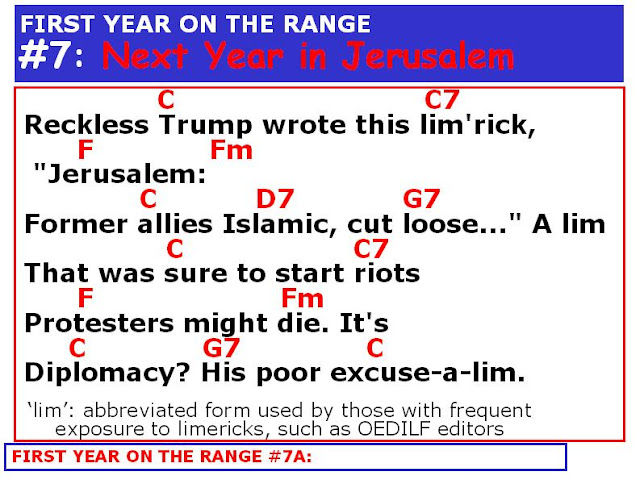 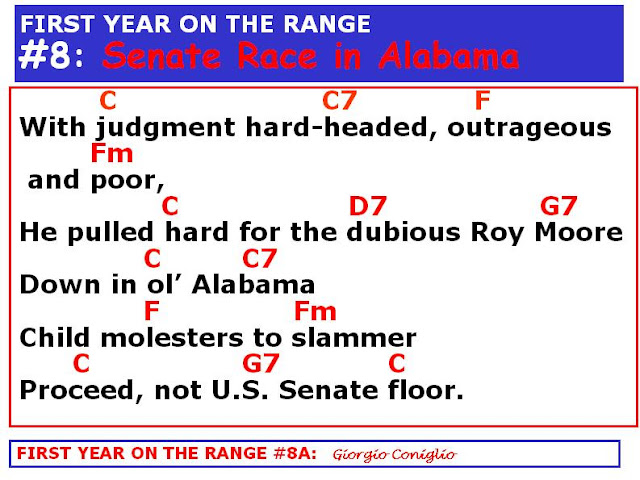 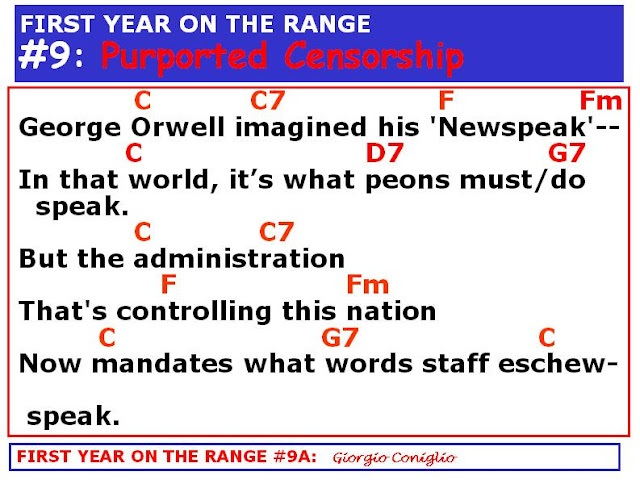 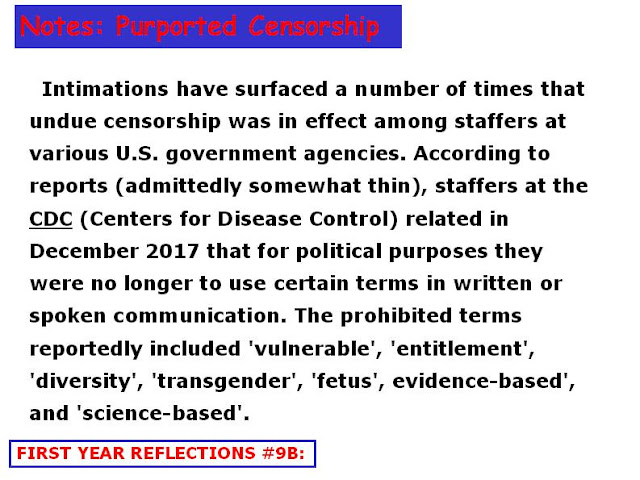 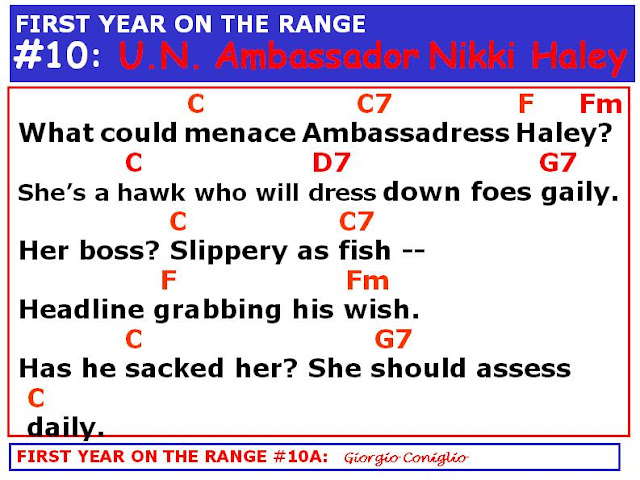 Nikki Haley, the first female governor of South Carolina, was appointed U.S. Ambassador to the United Nations by president Donald Trump in January 2017. By April 2018, relationships between the two had deteriorated due to Executive vacillations in policy, particularly over Russian sanctions.
The term ambassadress for a female ambassador or the wife of an ambassador is used rarely. 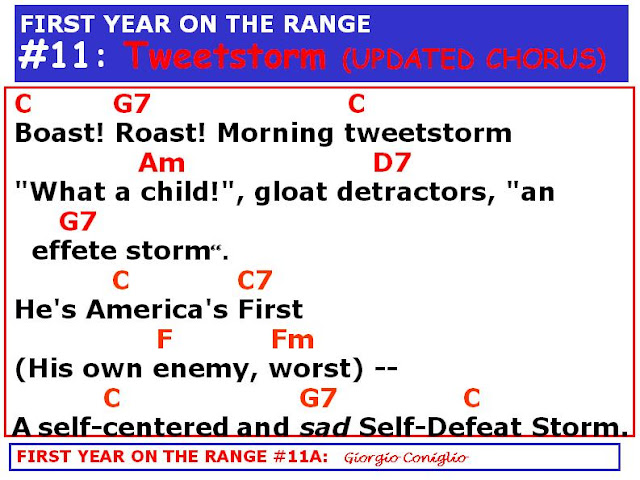 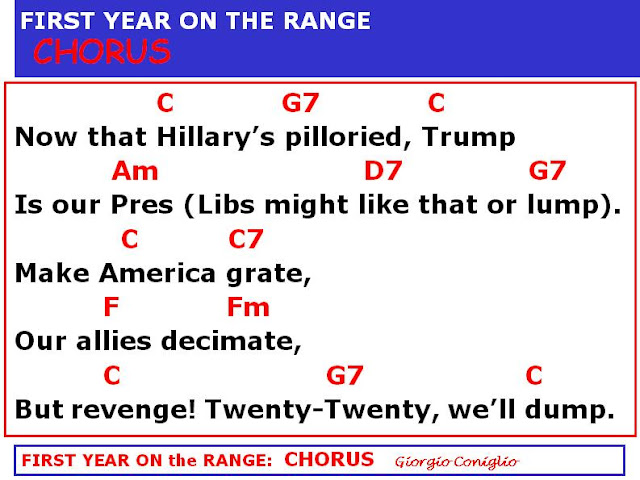 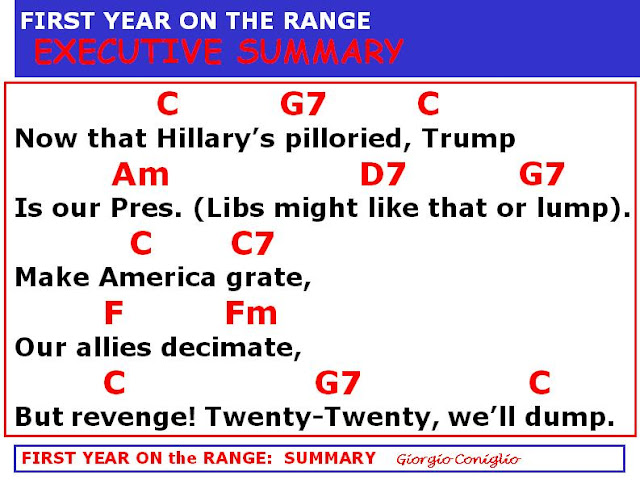 
At this point you might wish to return to the post 'Singable Lyrics: Novel Melodies for Limericks' HERE.