(Yet Another) SIMPLE TWIST OF VERSE

(to the tune of "Simple Twist of Fate": Lyrics by Bob Dylan, modified from the classic versions)

8. “I love Man” – sole exclamation
Of a young lass high in station
(“Isle of Man” her explanation);
“You flatter”, men believed,
And yes, they were deceived.
“No matter” if she flirts,
As she asserts in this Lewis Carroll verse.

9. A wondrous bird – the pelican
His bill holds more than his belican

I’m damned if I see how the helican
Take all that in his beak -
Food enough for a week;
I guess the bird rehearses
Weekly for this simple twist of verse.

Exceeded ‘c’, the speed of light,
Returned from trips the previous night
That she’d started the next day
In a relative way.
That’s Einstein’s universe
Reflected in a simple twist of verse.

11. There was an old man of Peru;
One day his young wife made a stew.

Folks thought she knew just what to do,
Cause from their house she ran.
He was found in their stewing pan;
Which triggered some alerts
For older guys in this simple twist of verse.

So he jumped, spat on the ceiling;
Rather than the floor,
As instructions did implore:
Train signage known for terseness
Spoofed in this twisted lim’rick verse.

The time had come for taking stock;
So when the clock struck ten,
He ran down the clock again,
For better or for worse;
As Dylan sang in this twisted nursery verse.

14. People say it makes them sick
To hear too many limericks; 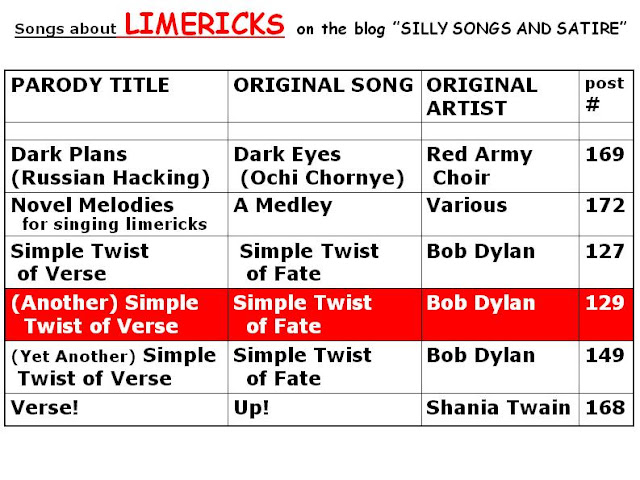 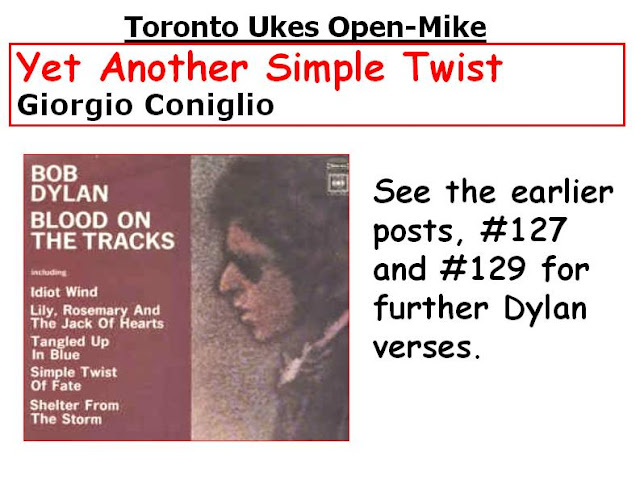 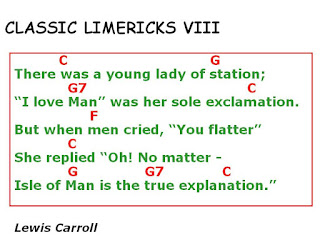 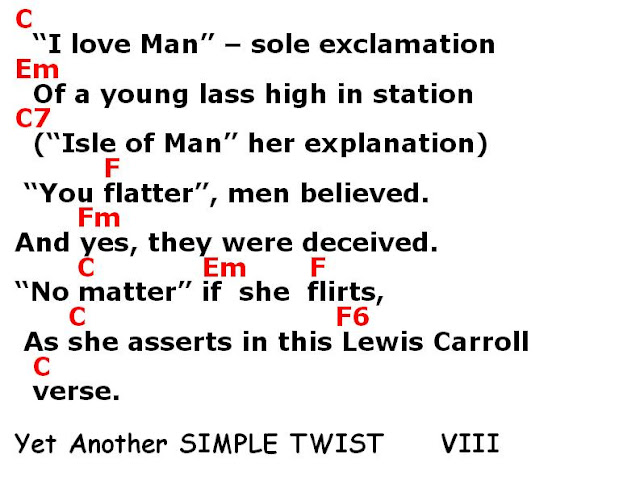 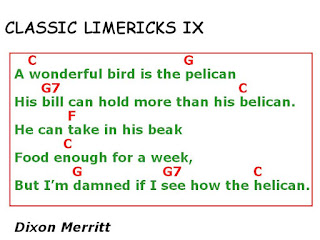 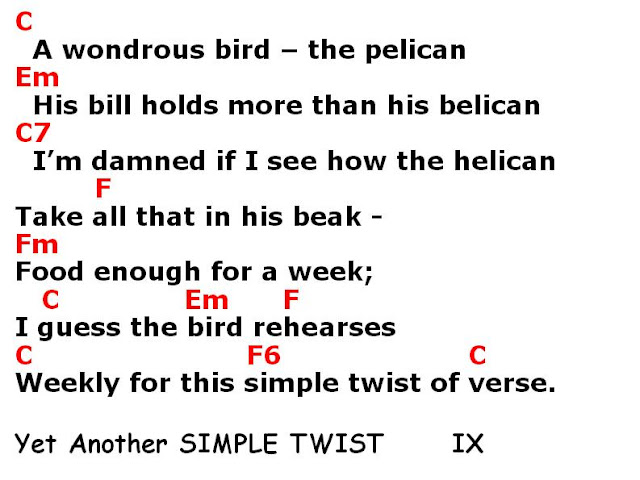 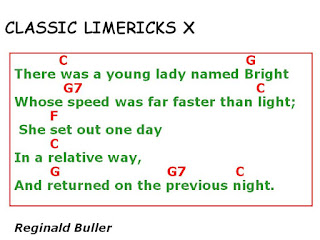 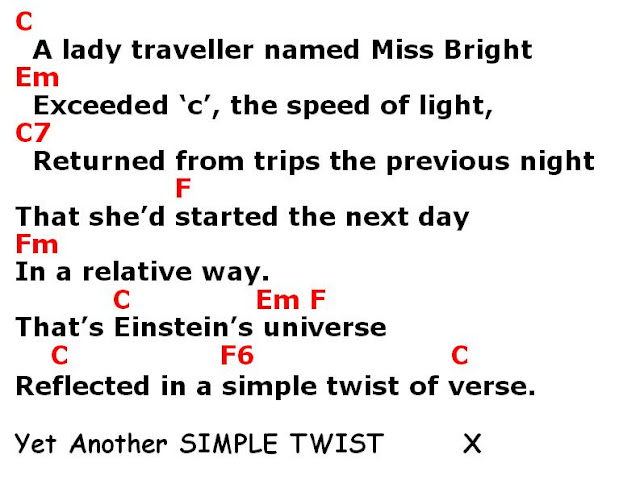 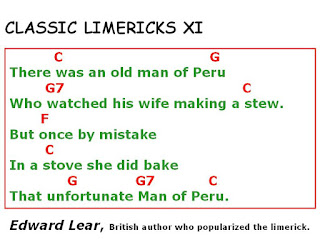 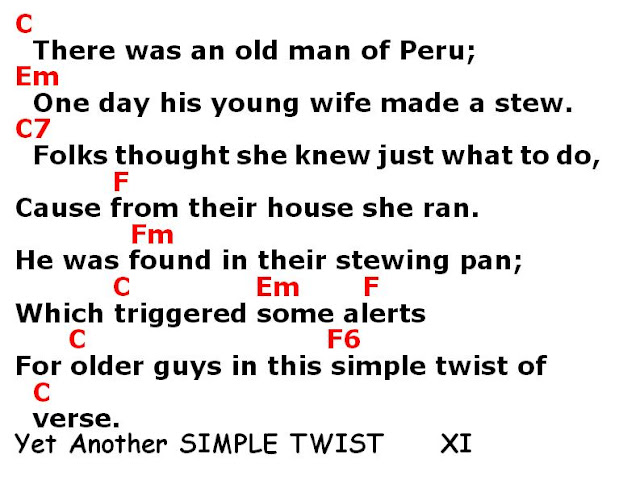 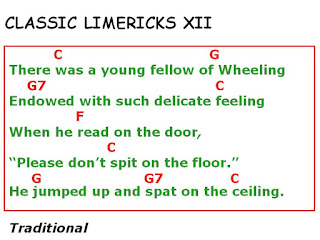 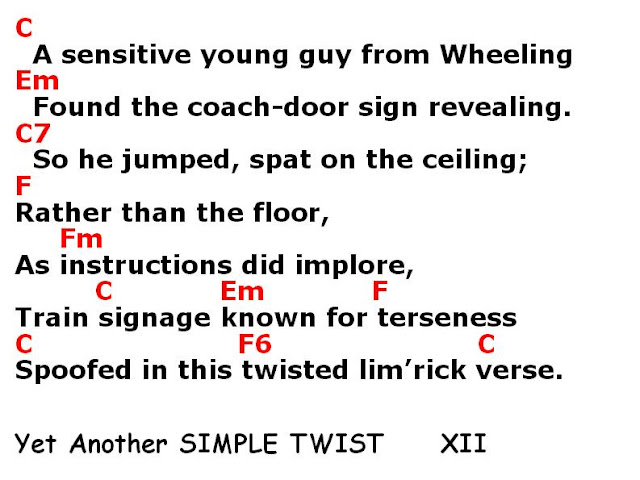 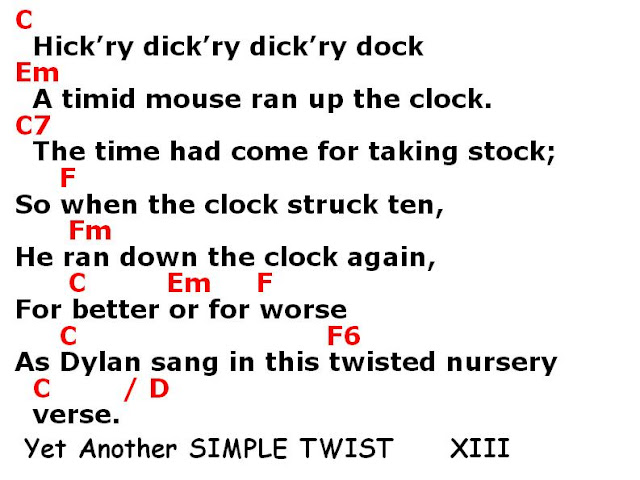 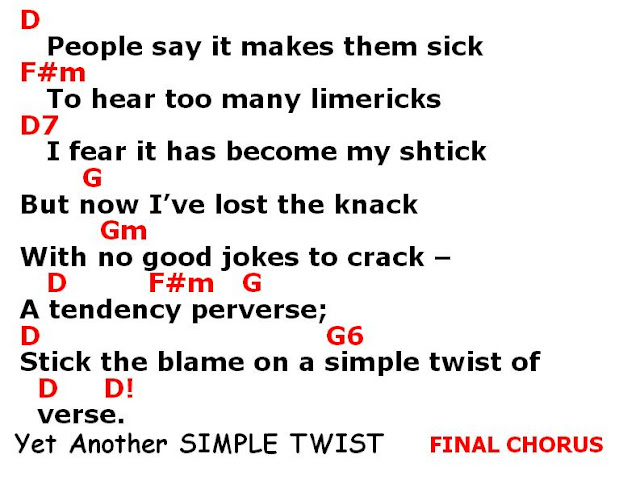 Posted by Giorgio Coniglio at 18:27