POST #132
This blogpost is dedicated to P.H., with best holiday and BIRTHDAY wishes, December 2017.

ORIGINAL SONG: These verses can be sung to  "The Limerick Song", as in "The Flea and the Fly". See sactoGranny's recording on YouTube here. Additionally, it was realized that with a few mild modifications, the same lyrics could be sung to the ballad "Black Velvet Band" as sung by the Irish-Canadian band The Irish Rovers. ballad . A number of verses are displayed using this chord-sequence as well.
ORIGINAL LIMERICK VERSE:  Giorgio Coniglio, October 2016.

1. The industrial base of Chemainus
Its historical murals explain us
A few ancestors thrived  / (logging barely survived) --
Their respect for the land was disdainous.
On Mt. Sicker o’erlooking the brine
Lived a miner with child Clementine.
She ran off with a logger / (as retold by this blogger),
Took his liquor, and shoes number nine.
Gord, an eco-wise man near Chemainus,
Panned for gold, an old tale to entrain us.
But it’s not as you think -- / he adored tin or zinc,
But the ore he deplored was uranous.
Rex, a royalist chap from Chemainus,
Thought that monarchists’ views should constrain us.
In his note to the Queen /  He expressed why he’s keen,
“Visit! Come over soon, for you reign us.”
An astronomy buff from Chemainus
Suffered craving for chocolate most heinous.
He snarfed heavenly Stars, / Milky-Ways and Mars bars,
But his fave nighttime site was Uranus.
In a bar, not too far from Chemainus,
Sang a man with guitar to refrain us.
"From your face wipe that grin! / townfolks' patience grows thin:
Your poor verses do not entertain us."

2. A Nanaimo bar's something you eat,
Not where beer-buffs or barristers meet.
It's not gold mined for bling, / or four beats that you sing,
But for tea or dessert it's a treat.

3. New to British Columbia? Rain
Won't extinguish the anguish and strain.
Frequent downpours and drizzle / can abolish life's sizzle.
Cherish sunny climes? Get on a plane. 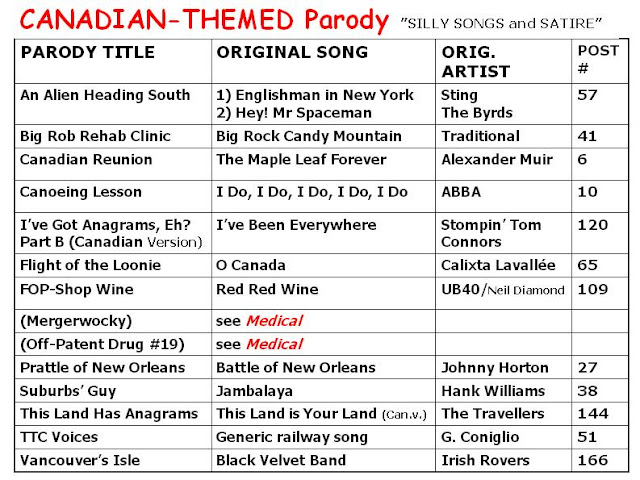 Limericks About Chemainus, B.C. (see below) 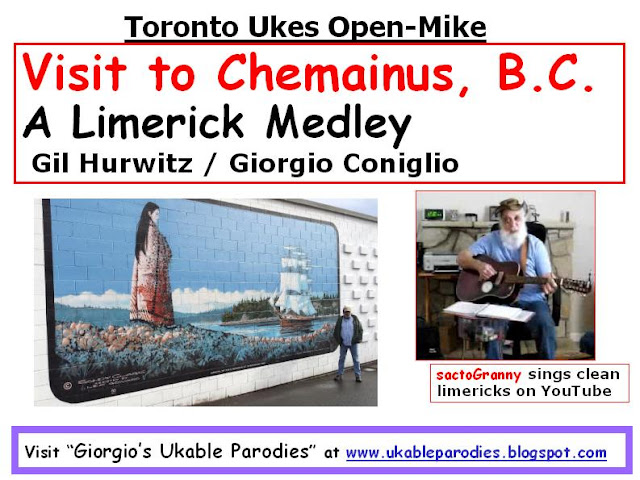 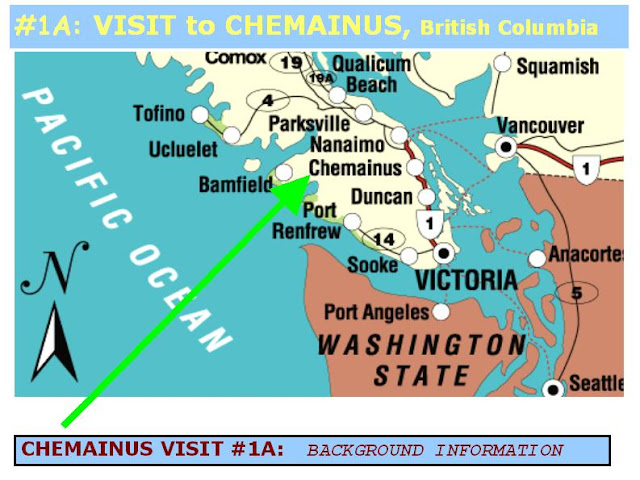 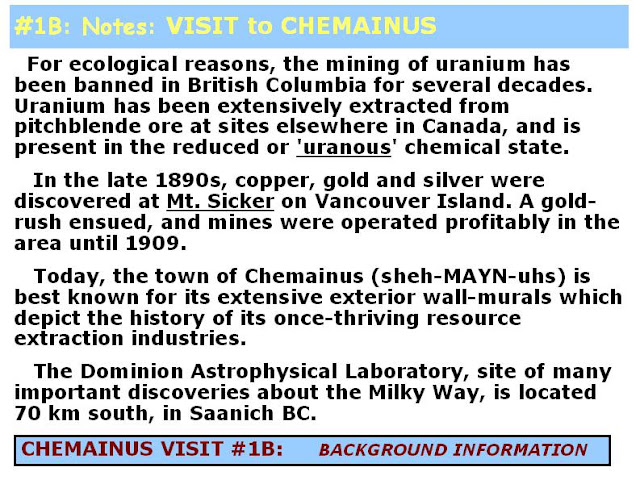 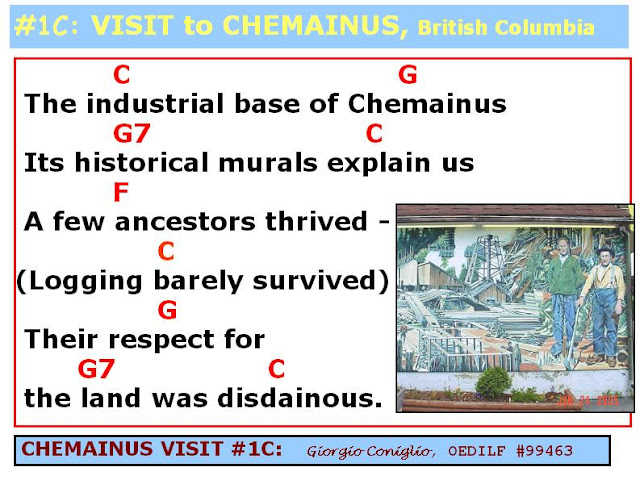 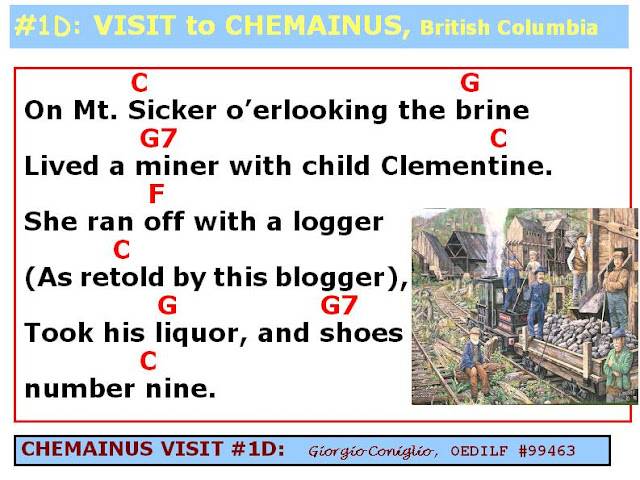 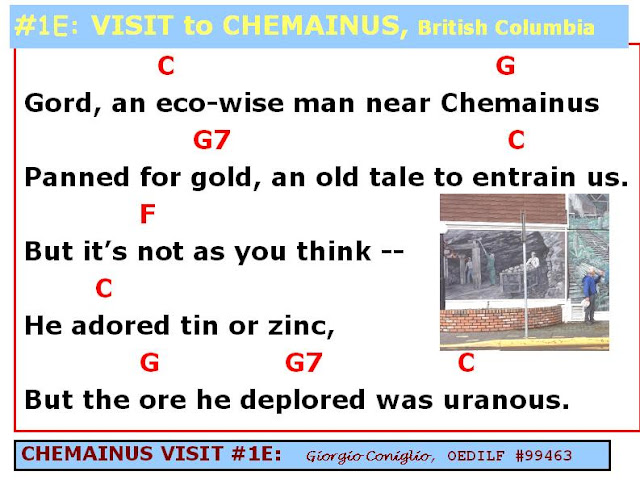 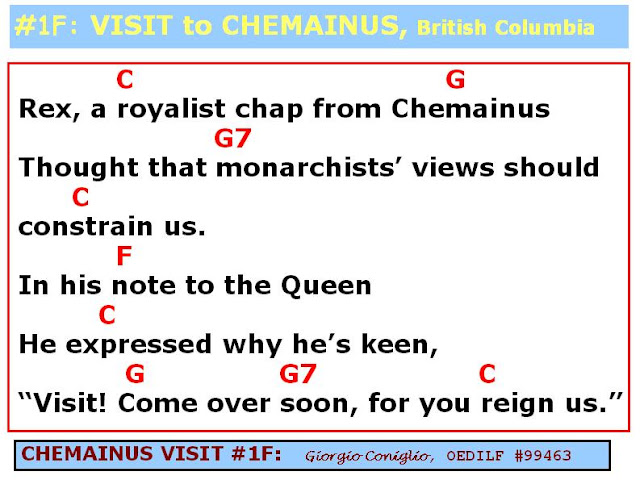 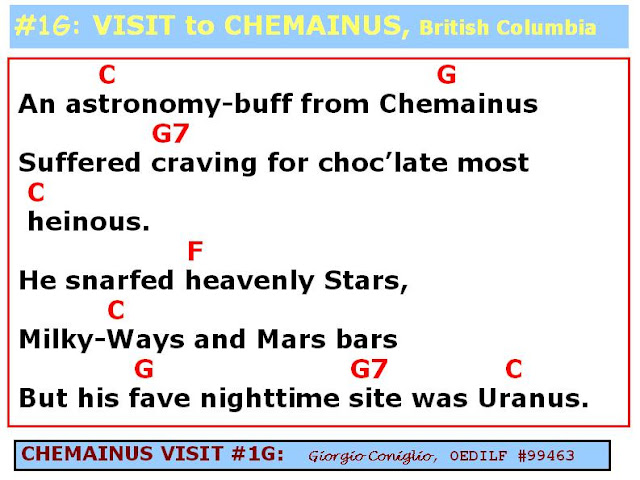 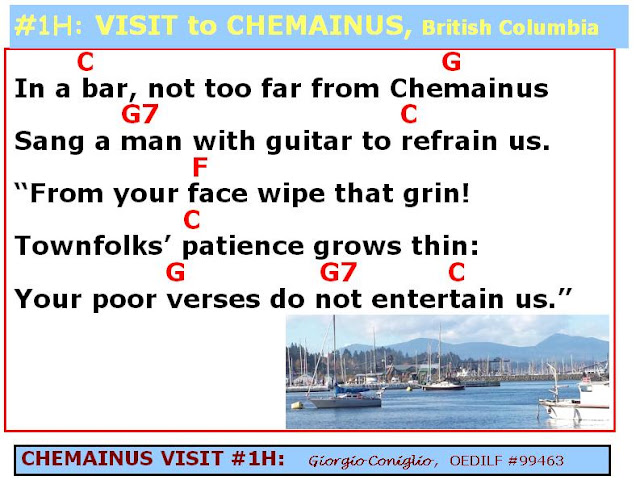 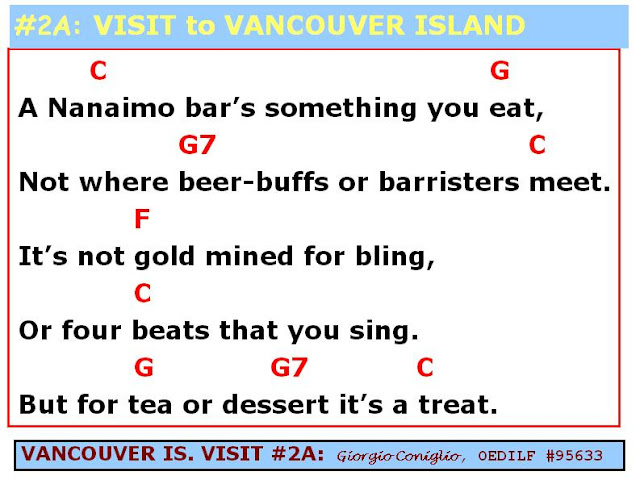 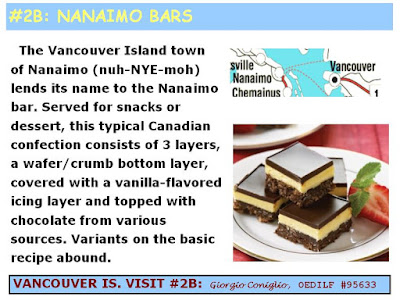 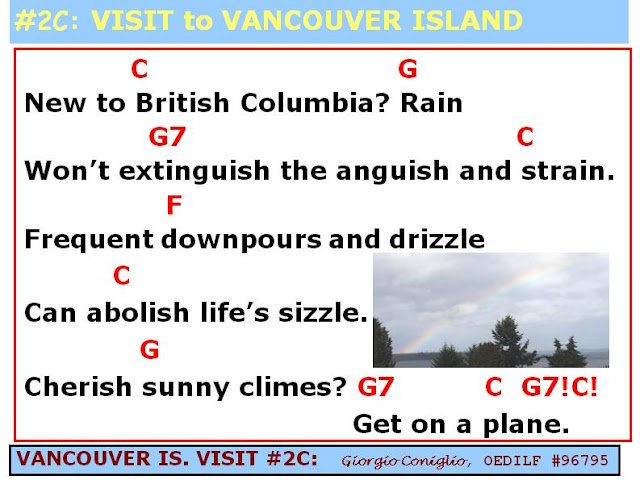 Posted by Giorgio Coniglio at 13:52