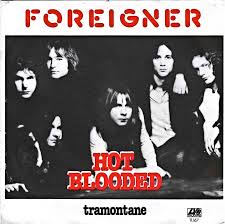 (to the tune of "Hot Blooded")


Well, I'm euphoric, planned a new hedge
Down my property at its western edge.
Screen out neighbor, with garage piled with stuff.
I'm YEW-phoric, I'm YEW-phoric.

I won't have to see the junk, ev'ry day you bring in your trunk.
Discount plants that you buy

Spread out on your drive, some dead some half-alive .
I won't care where you pot them after they die.

I'll restrict your sins, secret forays with your garbage bins.
While I've been away, I know you use my walk on garbage day.

It's called Podocarpus, or Japanese yew
Grows quite tightly, blocks objectable view
Screen this neighbor, who spreads out all her junk
I'm YEW-phoric, YEW-phoric.

My first scheme denied - planting zone can't be on your side.
Shall we break off the talks?
But I needed space next to line; more space at property line,
Near killed me, used hot crow-bar, smashed half-foot off my brick walk.

Do you love to hoard? And pile your yard up with old bricks and boards?
Buy old junk on binge? Old bent Santa-sign with rusty fringe?

I'll track down your sins, secret forays with your garbage bins
If I find snipped yews, I'll assume a crime by you-know-who.

Posted by Giorgio Coniglio at 16:12