ORIGINAL SONG: "Jambalaya (On the Bayou)" , Hank Williams
PARODY COMPOSED: Giorgio Coniglio, October 2013. Click here to see a photo of the song being performed at a ukulele jam.

(to the tune of "Jambalaya")

Yo T.O! radio show! - it’s your Mayor.
I’m on air with Councillor-frère and some taxpayers,
Pitching woo to voters who live near the ‘9-0-’,
Itch to stretch pet subway ditch out to Scarborough.

Yo T.O ! back on board, Ford Nation's Mayor,
Still on air with Dougie there and fake taxpayers;
Ombudsman’s ‘Nay’ ? – friends’ job-favors my nature,
Threat’n her post, thumb my nose at Legislature. 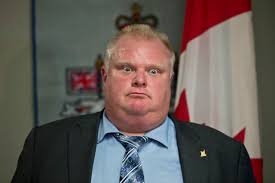 To play the original song Jambalaya, check out Corktunes, the songbook of the Corktown Ukulele Jam here.
A highly recommended parody-song on this topic is found at: video of B.MacC.'s Rob Ford parody 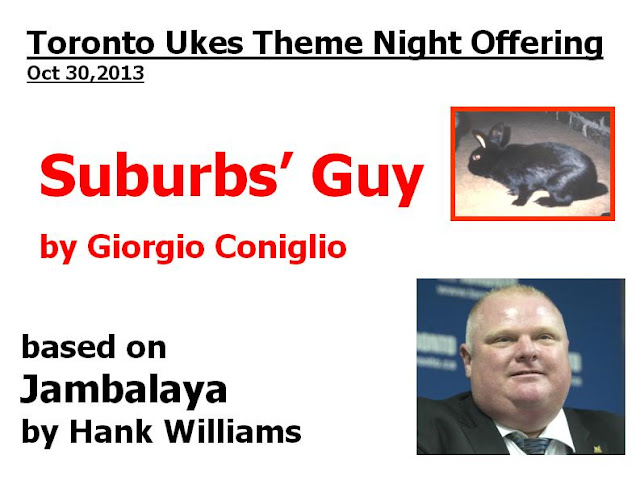 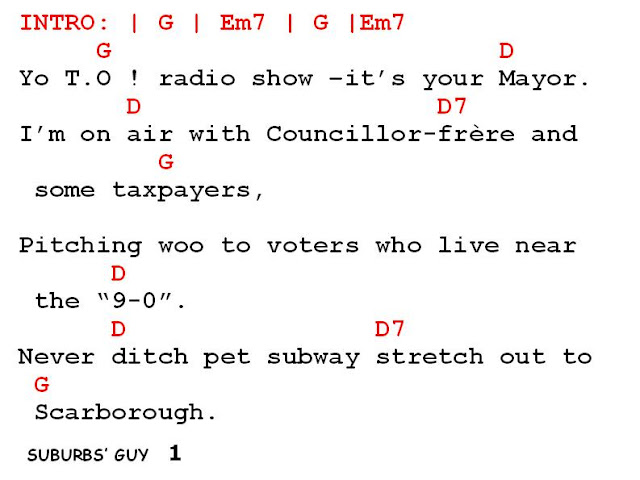 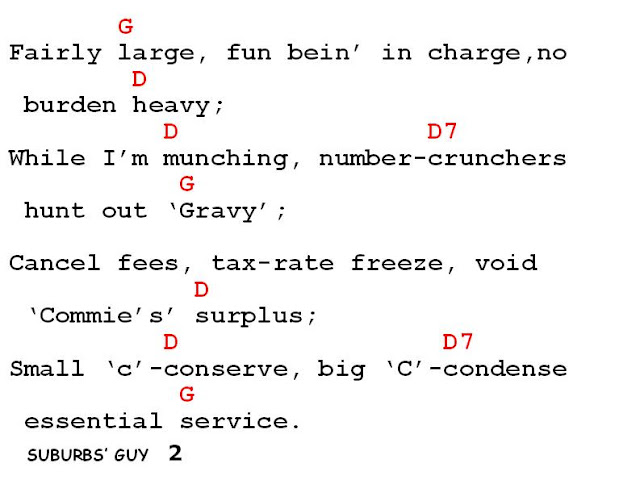 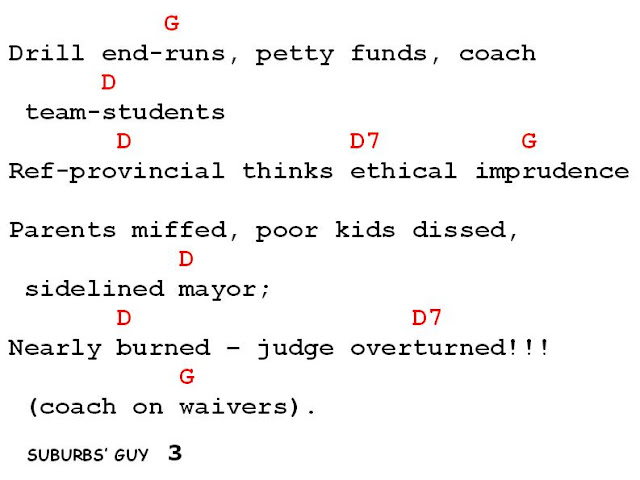 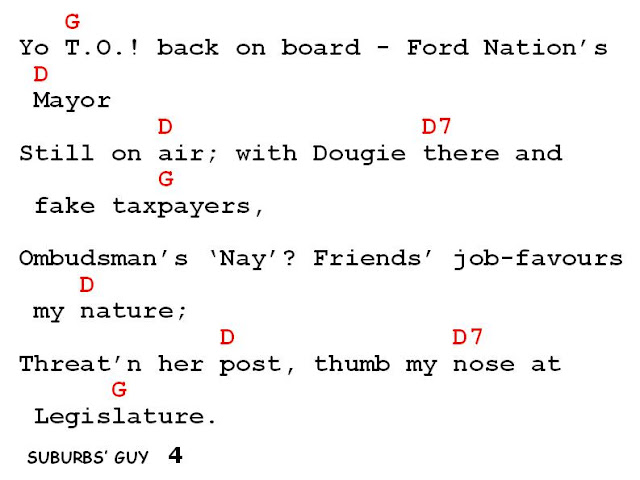 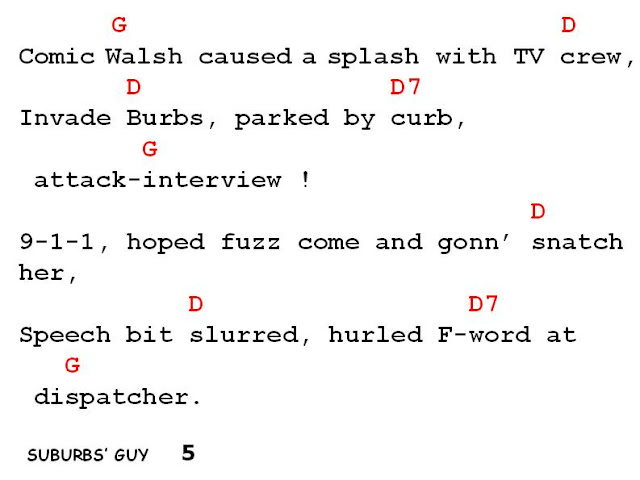 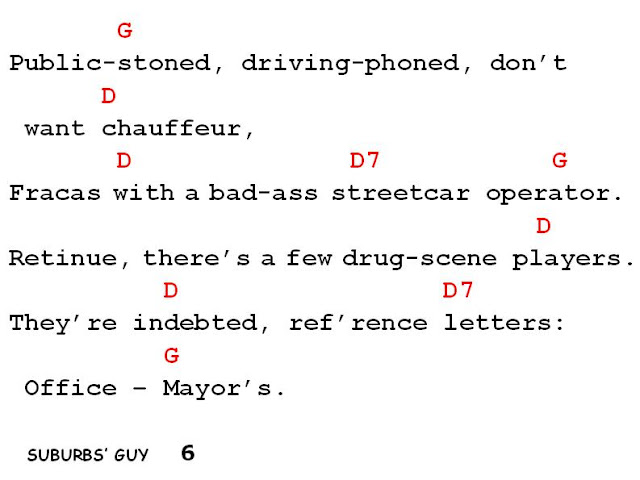 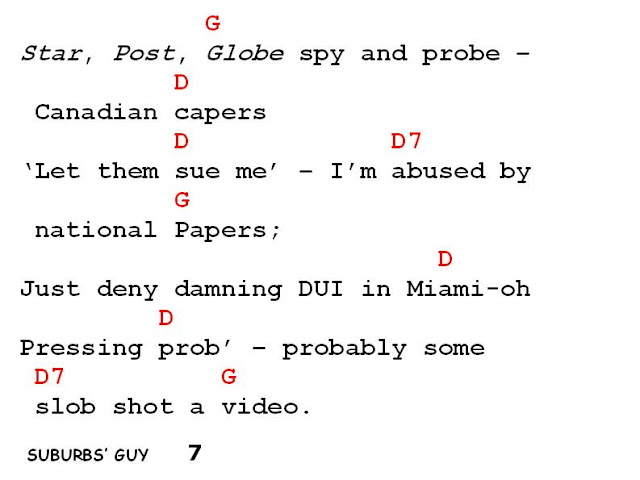 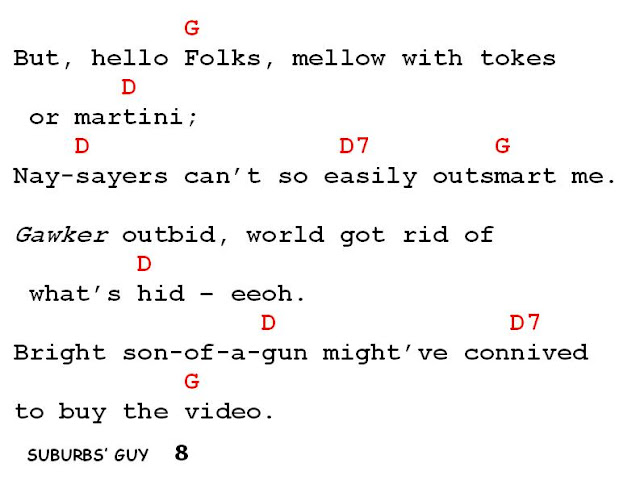 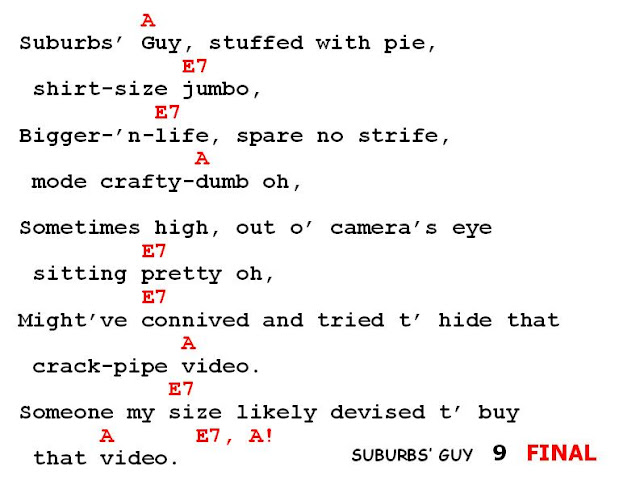 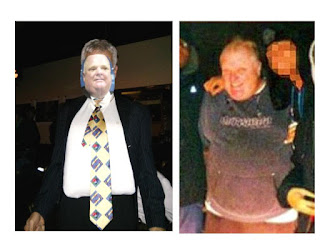 Toronto - got no rot.