Post #190
PARODY-LYRICS
ORIGINAL SONG: "Lost River" by Michael Martin Murphey, most famously performed in conjunction with the Nitty Gritty Dirt Band here.
Key lyrics from the original, retained in the parody version, include lines in the chorus about a "Quebec girl" and "fleur de lis". Murphey is in fact married to a Québécoise, and, as the song's protagonist presumably wishes to take her on a trip of rediscovery to the nostalgia-generating "lost river" of his youth. For those interested, the original song is shown in ukulele-friendly form at the bottom of the post.

SONG-LYRIC UNDERPINNINGS: Post #10, December 2013, on this blog, entitled "Canoeing Lesson (Canoe, Canoe, Canoe, Canoe, Canoe)",  based on the original song  "I Do, etc." by ABBA, 1975. This earlier concoction also builds on the relevance of Berton's concept.
WORDPLAY LINK:  Post #136 from September 2018 on our wordplay blog "EDIFYING NONSENSE" has 7 limerick verses devoted to various aspects of canoeing.
PARODY COMPOSED:  Giorgio Coniglio, December, 2018, based on the precedents of song-lyrics and limerick verses, with a few new twists.

"A Canadian is someone who knows how to make love in a canoe", Pierre Berton, eminent Canadian journalist, editor, historian and author.

LOST COUNTRY
(to the tune of "Lost River" by M. M. Murphey)

Urban summers seem so hot
That you'll need to find a spot
To escape (no use stewin'),
Where it's cool for canoein'.
Paddle straight and go faster
When the J-stroke you'll master.
Once you learn what you're doin'
Seek your spirit's renewin'.

A Canadian's someone who
Can make love in a canoe.
He knows lots of good strokes
And can thwart ogling folks.
Starting foreplay, he'll untether,
He'll move sideways with the feather;
He'll avert curious eyes
With a series of pries.

Now at heart our Rose did hate
Tryin' to make the boat go straight.
Paddlin' lessons were a battle
'Til some tricks she learned (don't tattle!)
In the stern she could discern
That instructors might well yearn
To teach Trudeau's stroke, fiddle-faddle
While she straddled their paddle.

* for those who might have missed the pun, the French word for 'lake' is lac.


Playing notes: You can convert this into a simple 4 chord song by simply eliminating the 9th and 6th chords in the following charts. If you can play them, however, it does add an appealing folk-music quality to the otherwise C-and-W sound. 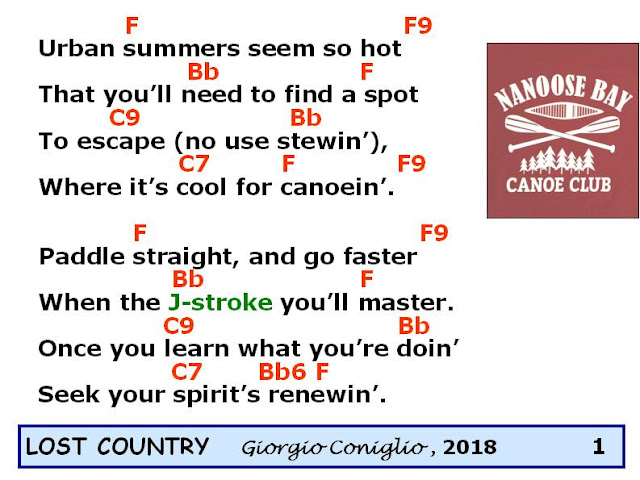 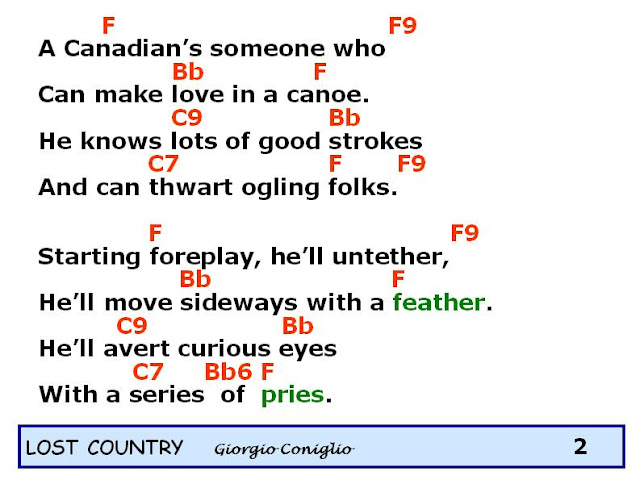 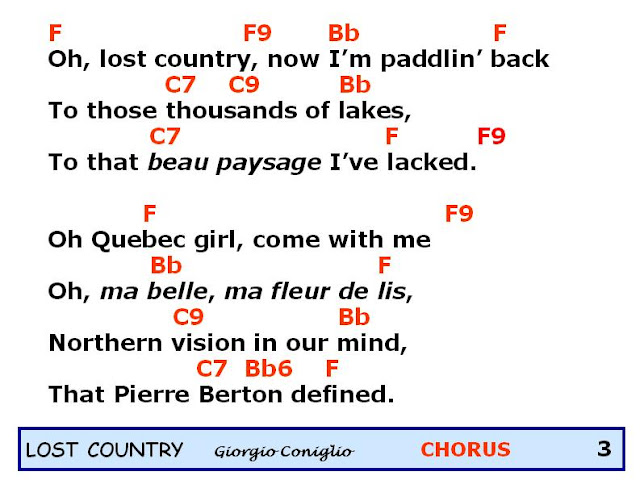 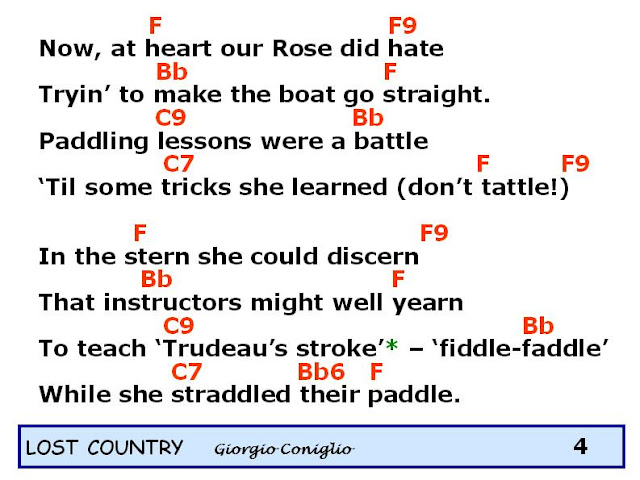 * Pierre Trudeau, father of Justin and himself Prime Minister (1968-1984) of Canada, was for a time prior to undertaking his marriage and family-life reputed to be a lady's man. His exploits as an adventurer included canoeing trips to Canada's Arctic and elsewhere. His pointed remarks at opponents included the rather well-known use of the expression 'fuddle-duddle', presumably a debatably innocuous variant of the more established 'fiddle-faddle'. The suggestion in the verse is allegorical, as there are no canoeing strokes named for the Prime Minister. 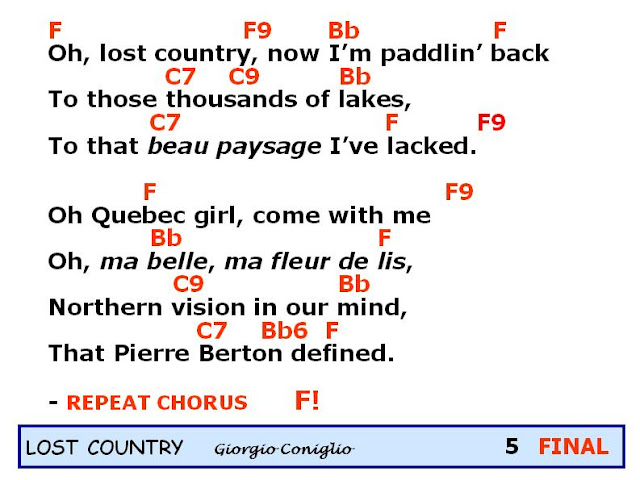 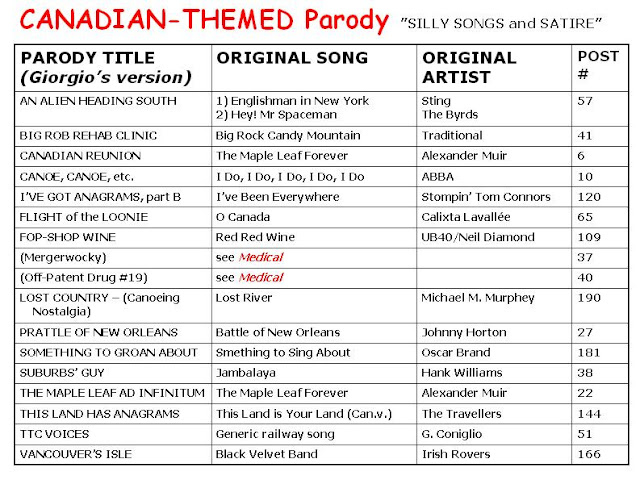 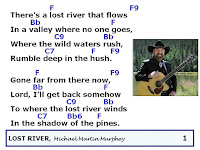 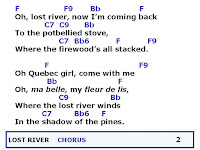 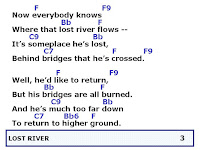 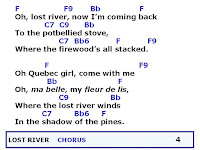 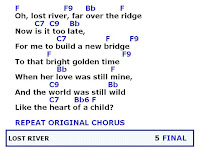 Posted by Giorgio Coniglio at 08:57