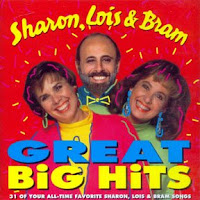 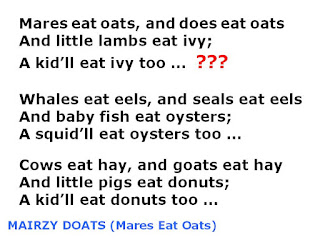 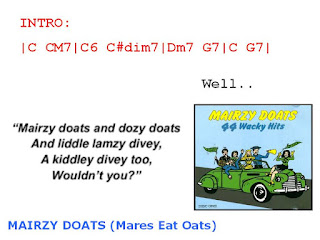 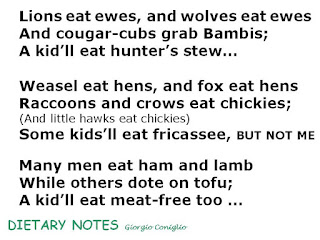 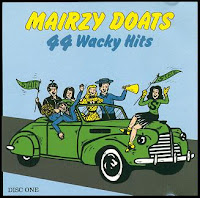 (to the tune of "Mairzy Doats")

My family thinks I’m nutty as a fruitcake
Have to hunt on menus, find what I can eat.
Some call it crazy
Others think it’s bravery,
They all should give up meat. Oh! 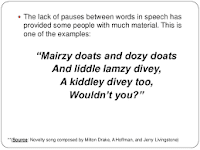 Words sound grim, go gripe to Uncle Jim,
He’ll dress you in your camo
Cause lions eat ewes, but you can choose
A rifle and some ammo. Oh!

Uncle Jim says, “Queer!” while chugging down a beer,
He’ll never understand it;
Some men snarf beef and ham and lamb
While some respect the planet. 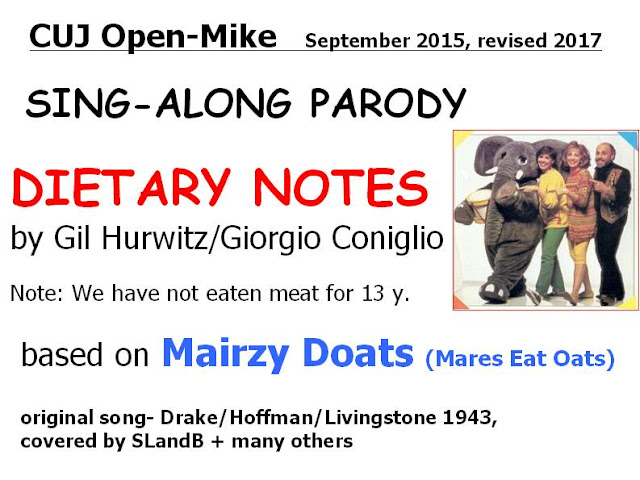 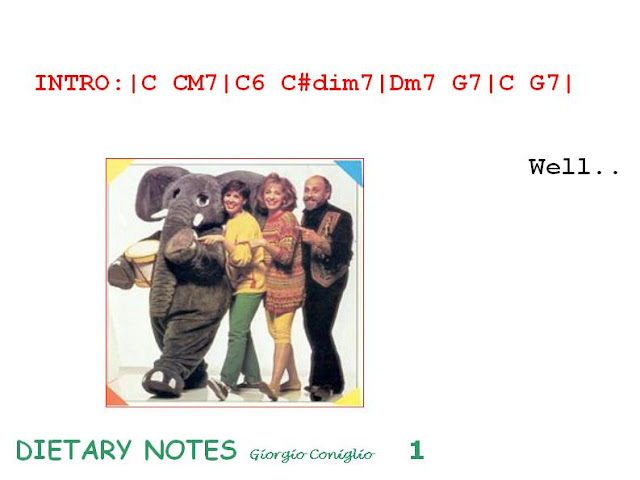 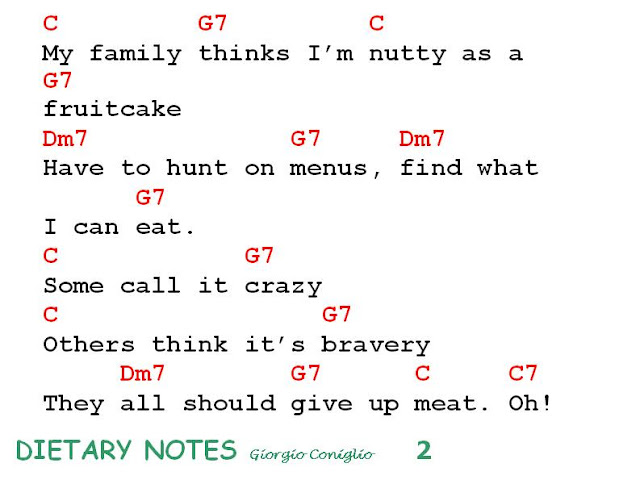 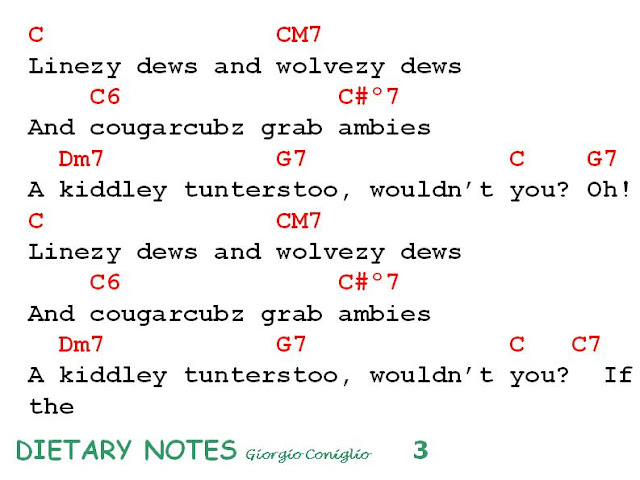 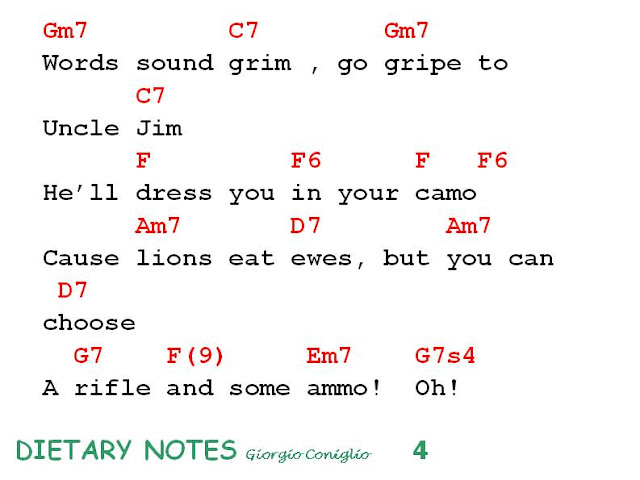 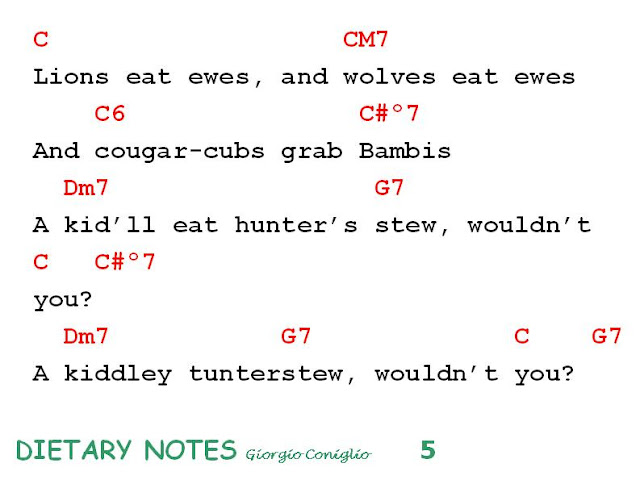 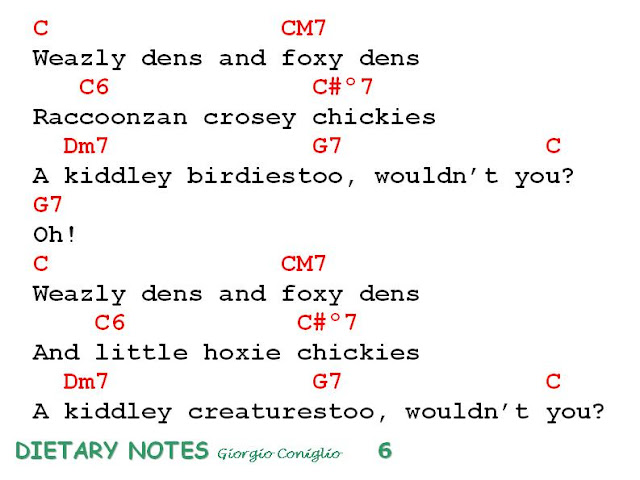 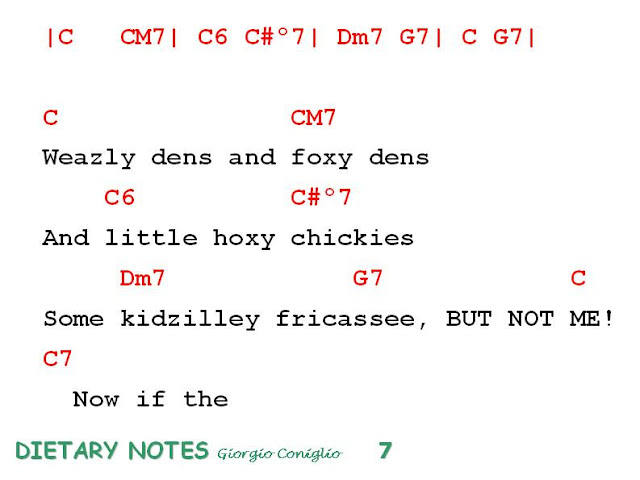 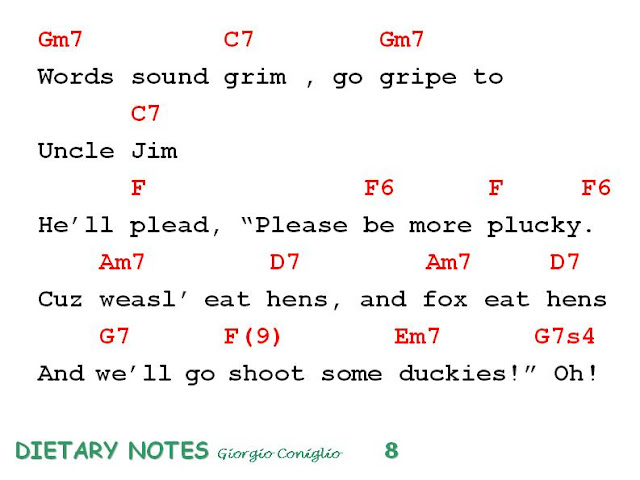 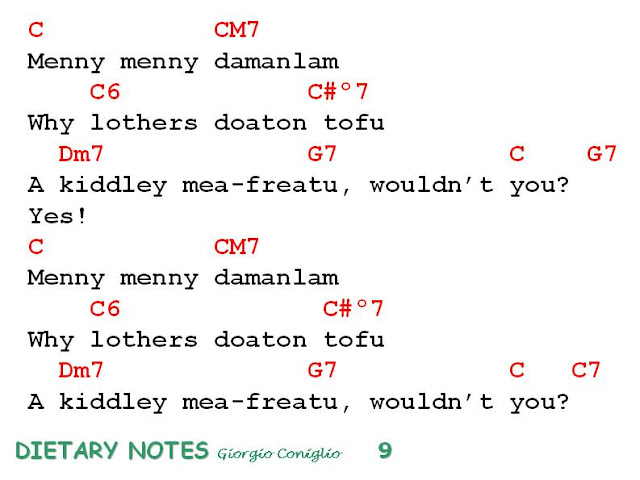 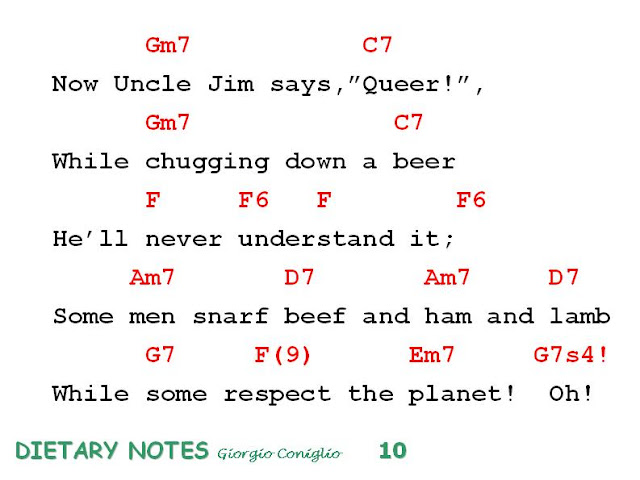 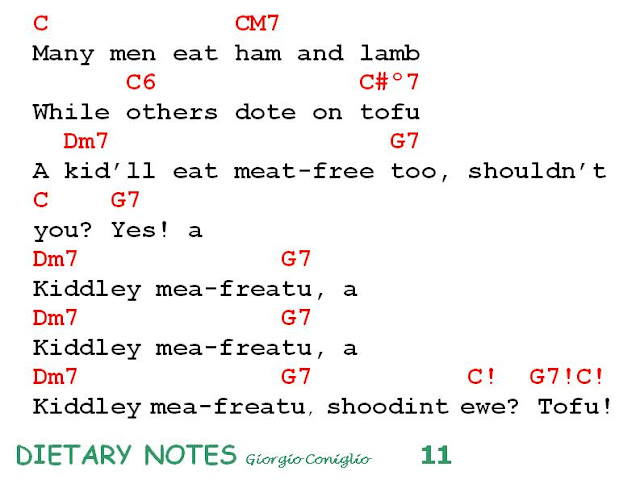 A man, a potato - Panama

Sewer of wet stew for ewes.

May a moody baby doom a yam?

A nut for a jar of tuna.

We freed fine venison; no sin, even if deer few.