POST #62
PARODY-LYRICS,  see also the previous posts on this blog.
ORIGINAL SONG: "Do-Re-Mi", Rodgers and Hammerstein 1959, performed by Julie Andrews and the cast of "The Sound of Music".
PARODY COMPOSED: Giorgio Coniglio, December 2014.


Let's start with French plural noun endings
It's a place to exert finesse,
To easy ones you just add an 's'
For others you may need to guess.

Joujoux - they're often soft and doux
Poux  - louse, plural, not so nice
Genoux - to kneel on both your knees
Bijoux - the slang is 'bling' or 'ice'
Hiboux - so unlike 'ox' or 'fox'
Choux - for cabbage in kings' stew
Cailloux - a slew of river rocks
That will bring us back to doux

When you pluralize your nouns,
Mostly you don't change their sounds.
(Repeated by Maria while the children parade and sing the next verse)

Yeux - weird plural form of 'eye'
Chevaux - with riders à cheval
Travaux - projets où on travaille
Fataux - mot fautif for 'fatals'
Roux - a single type of sauce
Voix - for chorus or solo
Toux - for one or all the coughs,
That will  bring us back to faux! 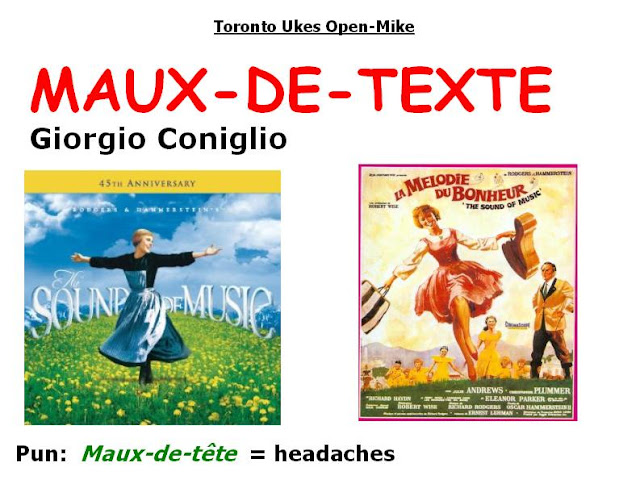 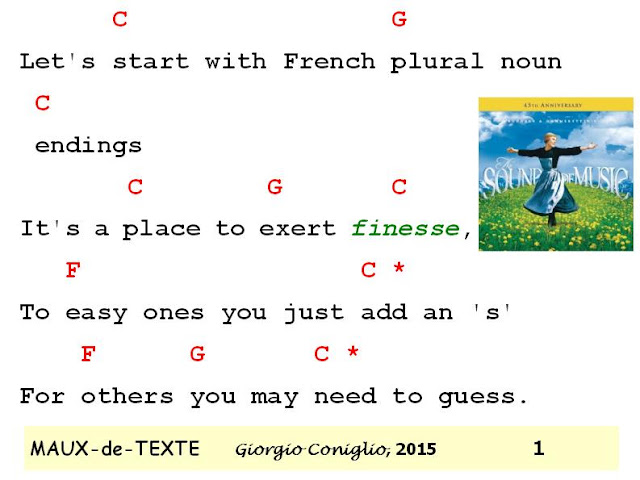 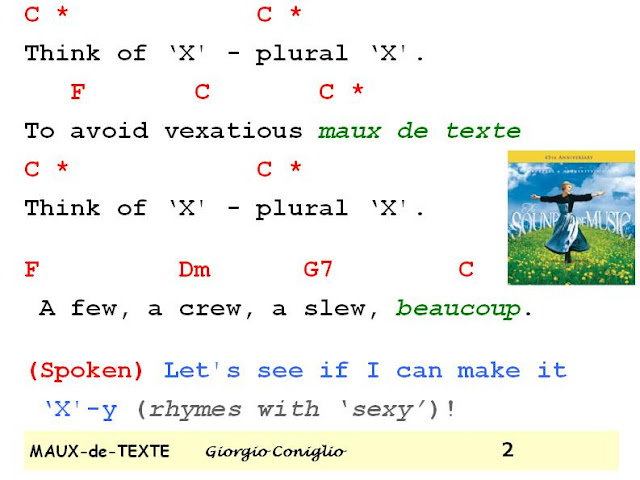 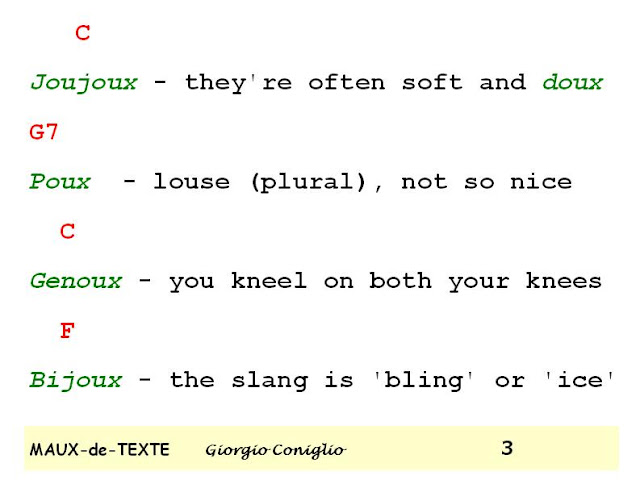 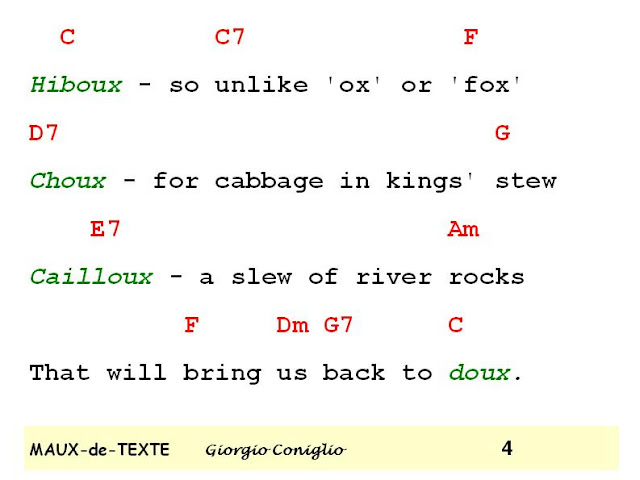 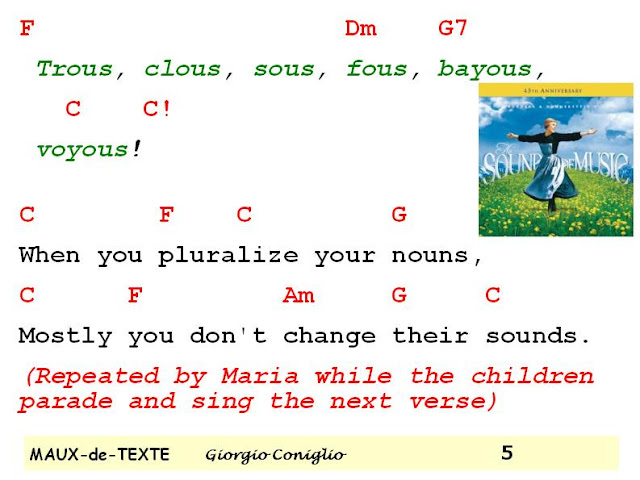 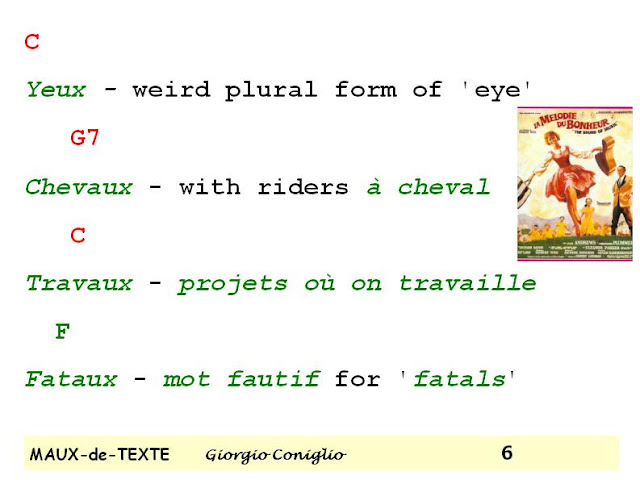 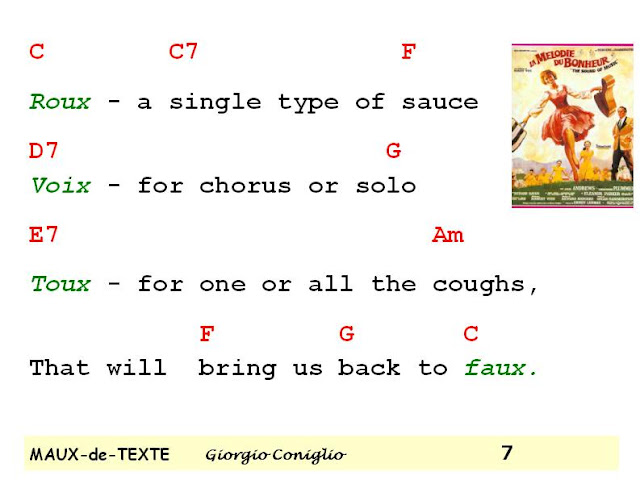 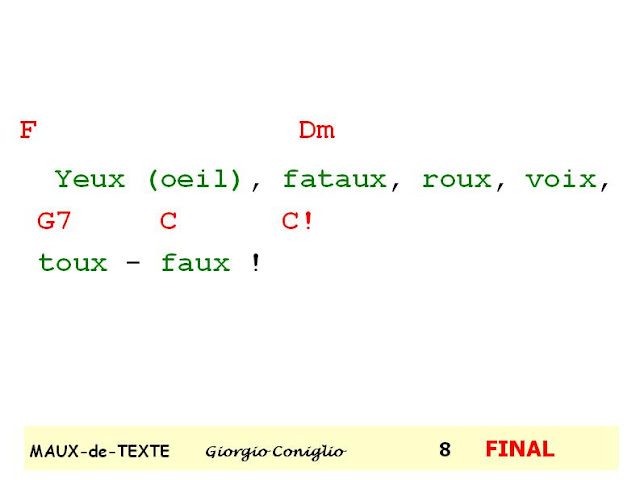 Posted by Giorgio Coniglio at 15:15