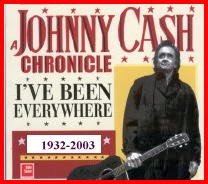 Explanatory Note: The site editor, a great fan of palindromes,  recently made the discovery that the letters in the word P-A-L-I-N-D-R-O-M-E-S make a great base for anagrams, and that many of the quirky results sound like place names. But, strangely, if you look carefully at an atlas you will find many places with names almost like these.....  Canadian readers will acknowledge the similarity to Red Deer or Medicine Hat, Alberta, and Moose Jaw, Saskatchewan; Americans will recognize the similarity, given the naming by early international explorers, of Green Bay, Des Moines and El Paso.

This American patter-song-parody is more rigorous than the original Johnny Cash version, in using only place names from the United States (including PR - Puerto Rico). Place names from other jurisdictions, particularly Canadian ones, are excluded (in reality, all of these are stipulated by the initial designation of a postal code). However those interested in a Canadian take on the song are invited to view a post 'under construction'  dealing with this issue. 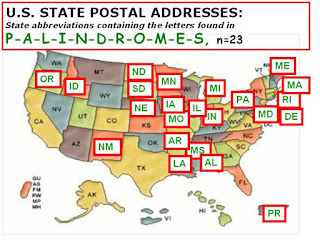 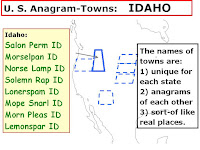 
(to the tune of "I've Been Everywhere")

I was sitting at my desk with “The Joy of Lex” composing palindromes;
When along came a thought, where sometimes seems nobody’s home,
"If you’re gonna write some wordplay, go with what you understand
Cause you start off every morning, Jumble puzzle in your hand."
There’s no doubt that I can go both ways in handling anagrams
Because I've scrambled and resorted every phrase like "SPOILER DAMN".


For the remainder of the song (9 more verses and choruses) see post #121. 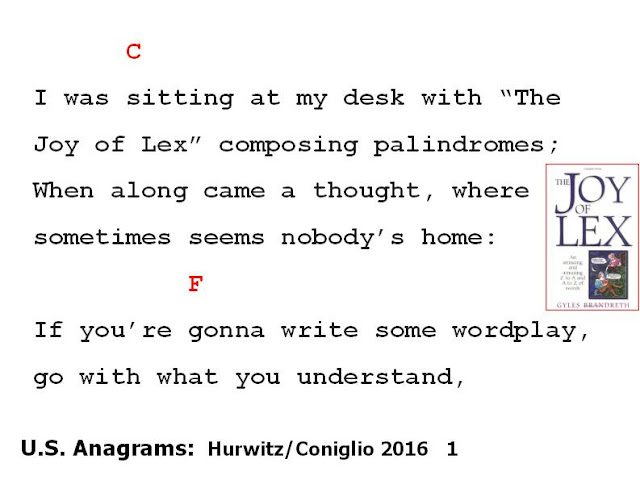 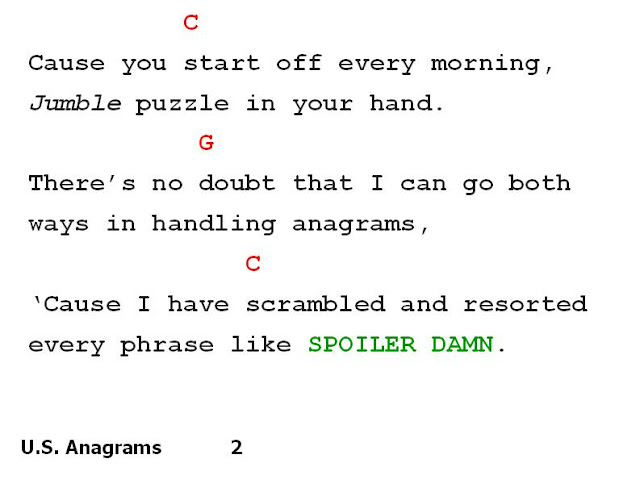 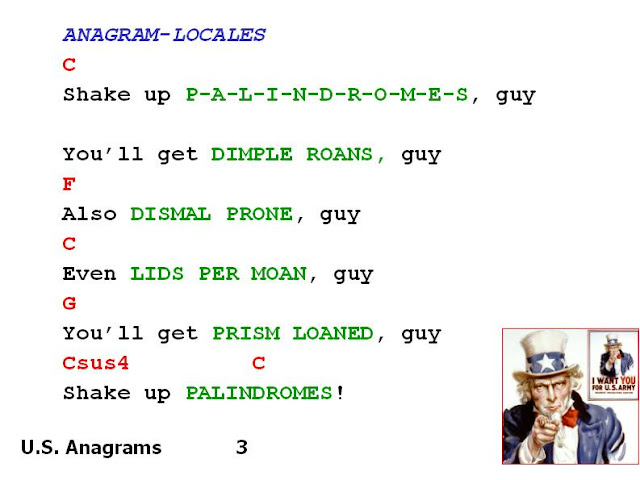 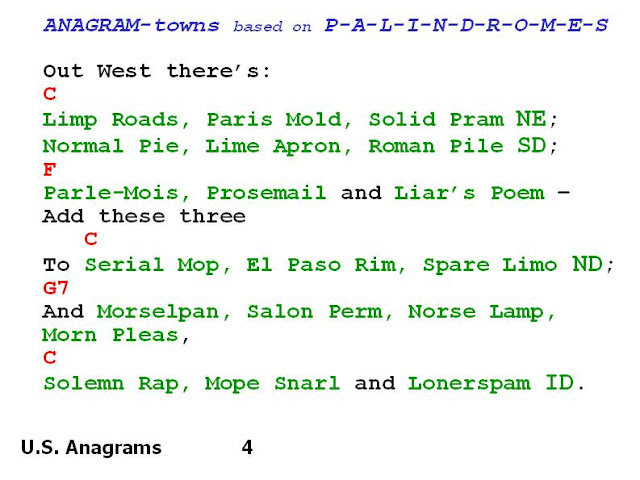 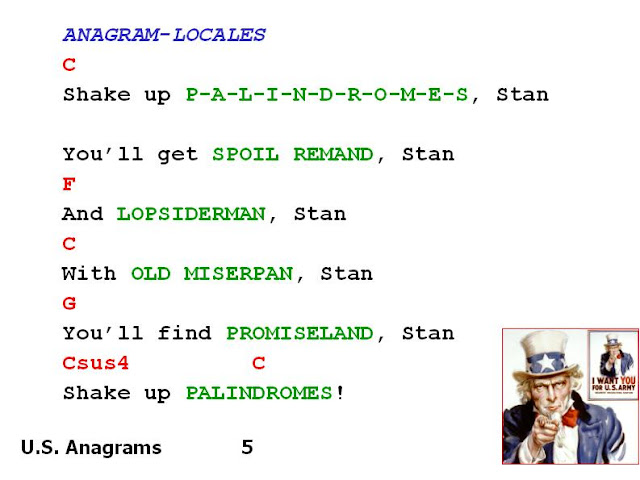 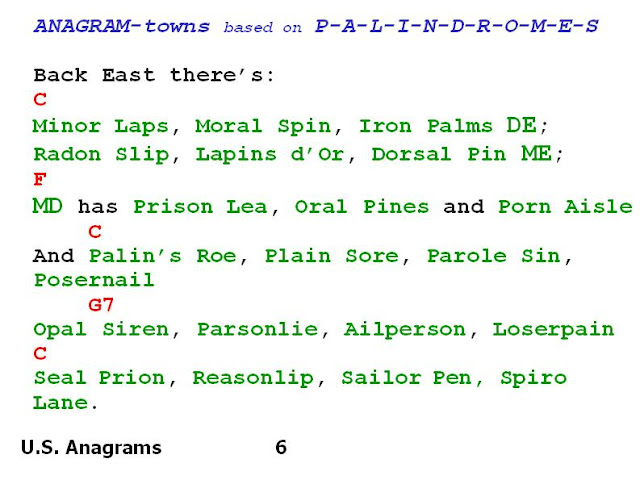 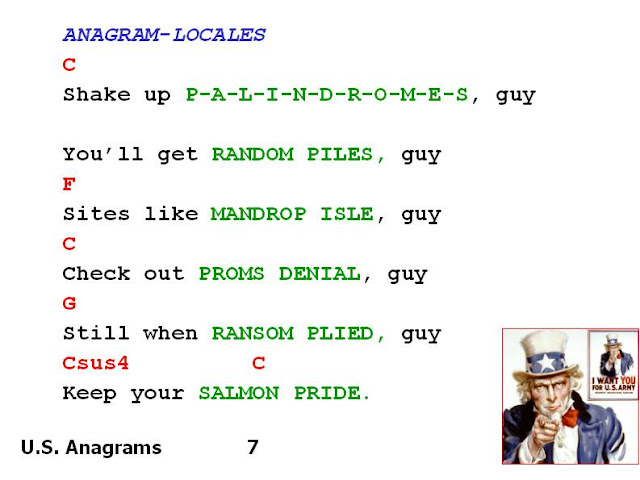 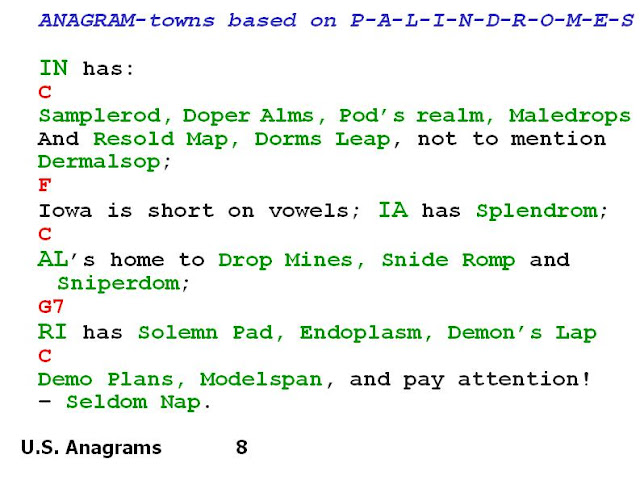 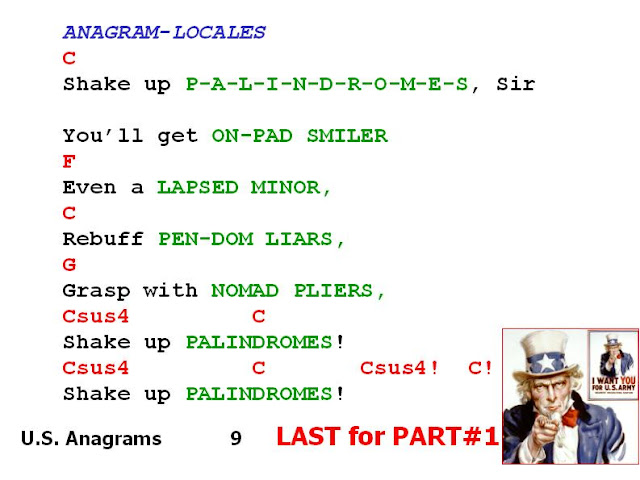 Posted by Giorgio Coniglio at 18:04