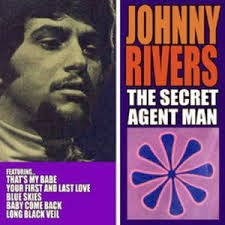 Explanatory notes:
nom-de-guerre (Fr) literally war-name, is the equivalent of  pen-name or pseudonym.
plume (Fr) - it is important to note that plume can mean either pen or feather. In current English nom-de-plume is used as a sophisticated term for pen-name, (but Victorians sometimes also used the term nom-de guerre).
poule mouillée (Fr), literally wet chicken, is the slang equivalent of wimp.
satire (Fr)– same meaning as in English, sounds almost like sad tear.
satyre (Fr) -  pronounced identically, means sex-maniac, flasher (original term is derived from the satyr, a mythical Greek half-man/half-goat).
AIR or A.I.R. - insiders' name for a web-site AmIRight.com, which publishes parody-song lyrics.

There’s a barnyard filled with free-range spoofsters
Some young, some dead, most old; few hens, most roosters
As critics they take aim
No guts to face the blame
So temporary chicken-names they borrow.


Playing golf – no spoofs to slay on Sunday.


You cluck and peck and call us dopes,


While trashing creative hopes
With pseudonymic chicken-names you borrow.

The French provoked, invoke their noms-de-guer-re
They’re fierce, so in both tongues you need bewa-re
Word-pair satire/satyre -
Best get the meaning clear,
Or you may face épées at dawn tomorrow.

We all feel we should honor our French cousins,
The sad events have set the planet buzzing.
Whatever else you say, can’t call them “poules mouillées” (wimps)
We hang our heads and contemplate in sorrow.