Lament for the Undefended Border: AN ALIEN HEADING SOUTH 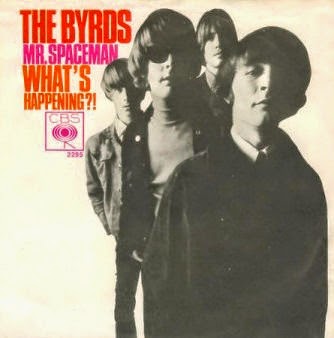 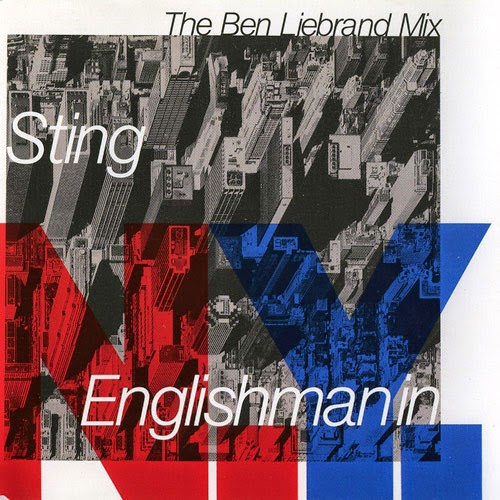 (to the tune of "Mr Spaceman")

Woke up this morning, an odd taste in my mouth, and
Then I realized we were due to head south,
Warm U.S. cottage, with dual-cit. spouse -
I hope they won’t keep me out.

Hey, Mister Inquisitor, I’m just a snowbird-visitor,
I'm sure that I am not the only one;
I’ve sent “Closer Connection”-form, in IRS’s direction, for
I plan to live and die a native son.

You’ll find no trace of felony, of villainy or zealotry
I’m not the sort who plans to overstay.
ISIS I repudiate, I file my taxes never late,
In fact I’m on good terms with CRA.

I don't drink Starbuck's, just Tim Horton's, Sir,
Always a donut on the side,
I take my hockey gear everywhere I walk,
I’m myself, a trailer-park Canuck.    Whoa-.

If music makes the man, and threats you rate,
Then I'm the zero of the day,
I play my Lightfoot, Twain, Dion and Stompin' Tom
BNL, Avril, Biebs or Buble.

I'll trade my "loonies" at your banks to shop,
I won’t take anybody’s job,
I’ll hide my views on climate-change and gun-control,
And no one should take me for a snob.  Whoa

(to the tune of "Mr Spaceman")
Hey, DHS-man, I know the rules can change; I
won’t do anything strange.
Hey, DHS-man, won’t you please let me in for a while. 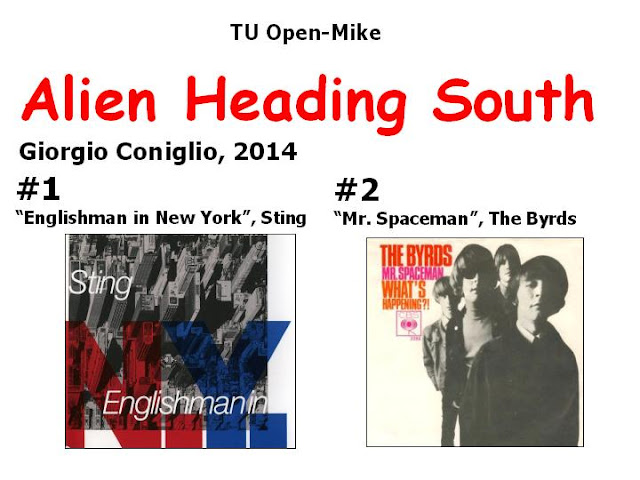 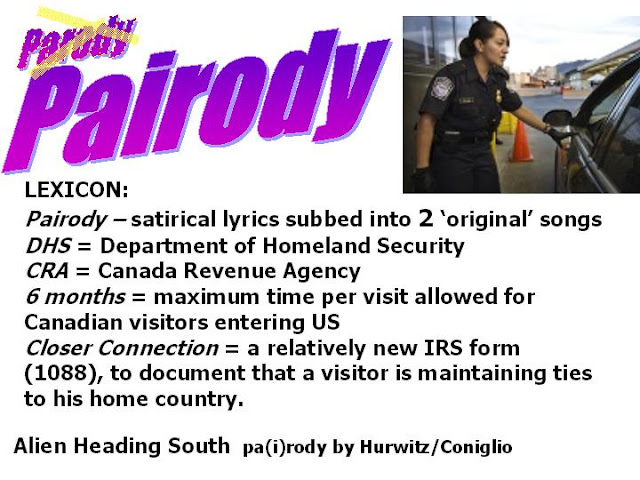 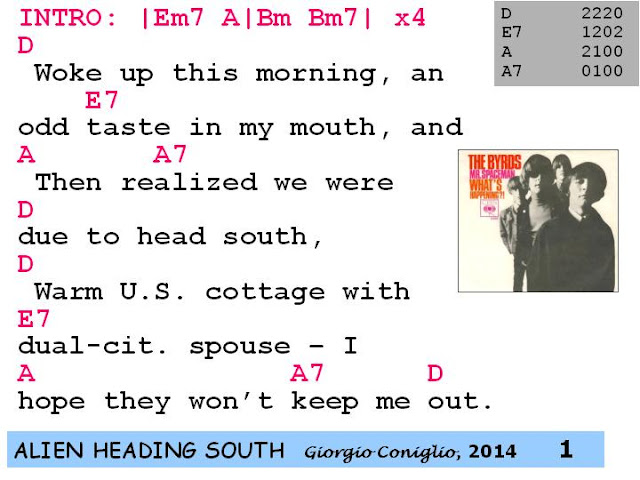 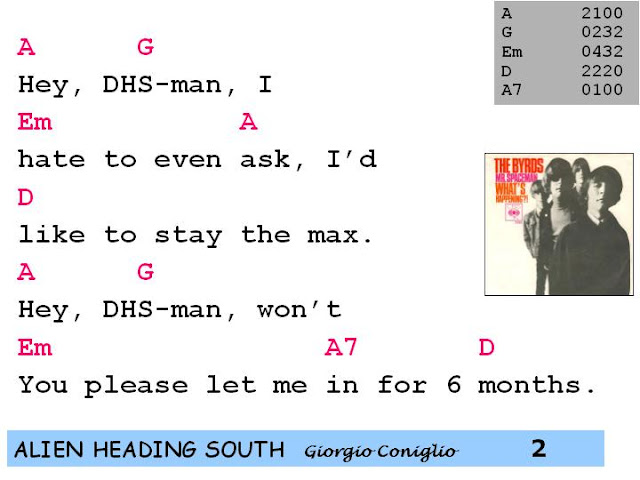 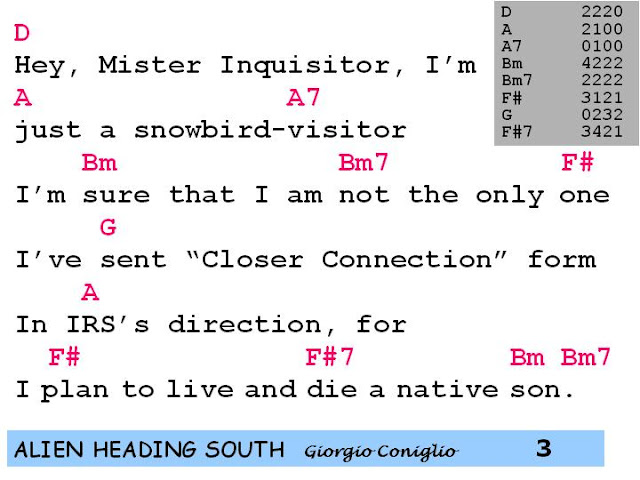 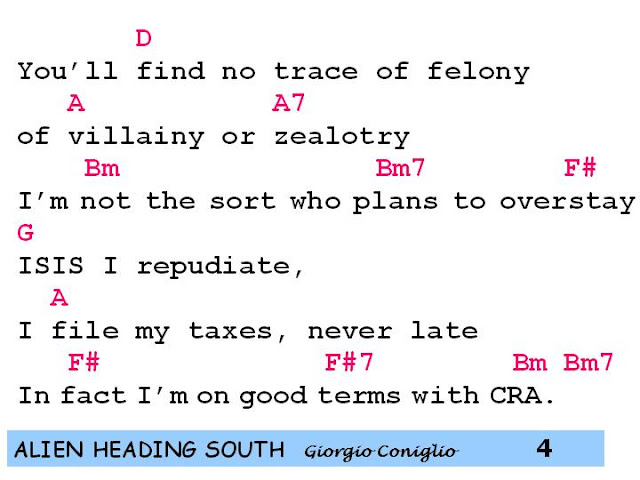 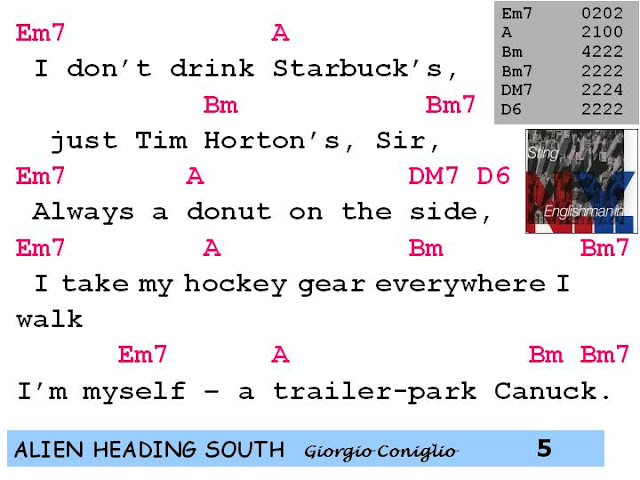 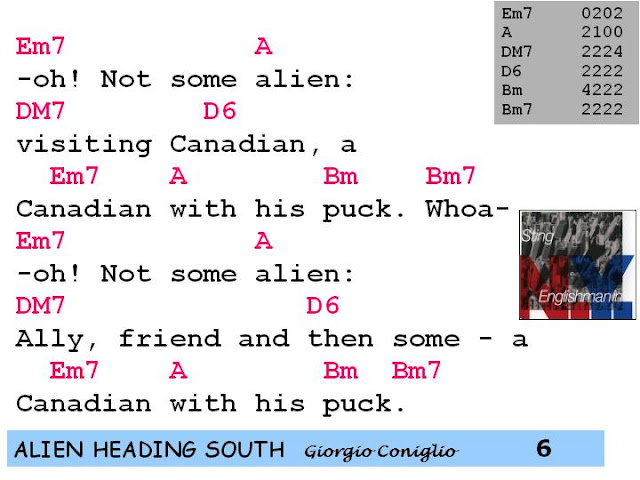 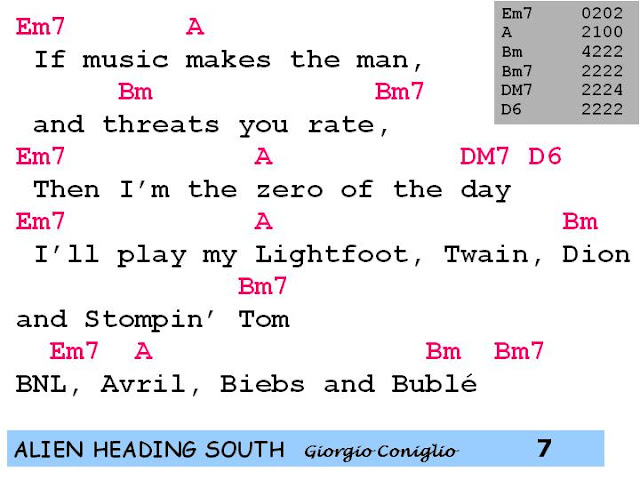 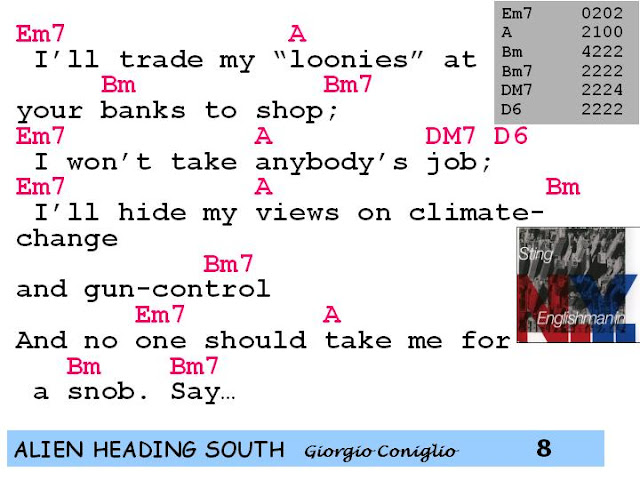 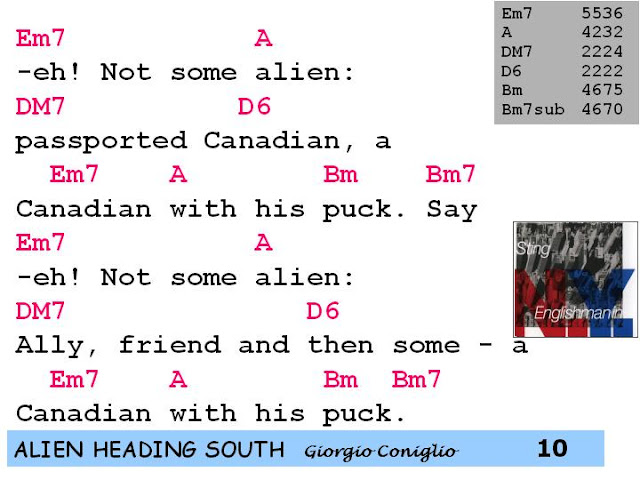 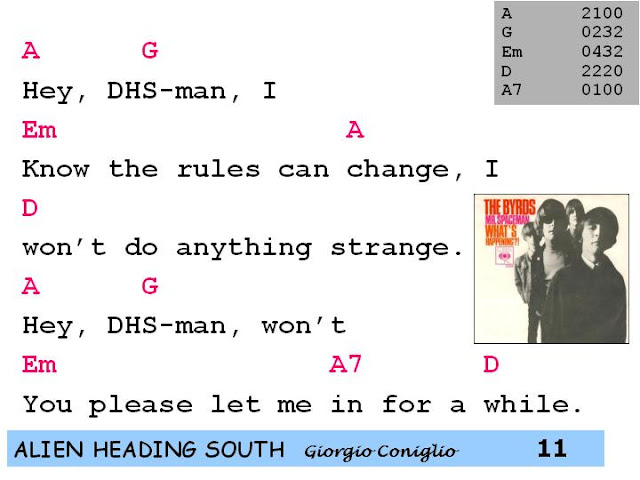 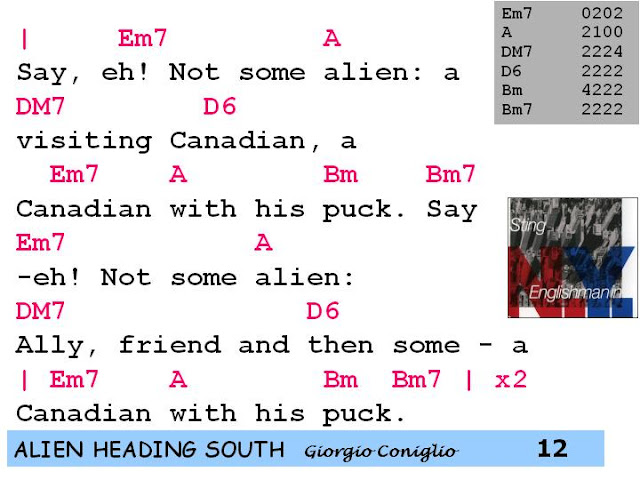 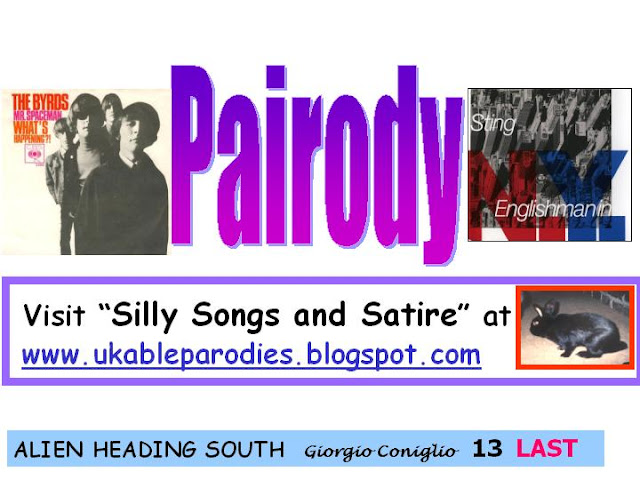 Posted by Giorgio Coniglio at 12:33