POST #189
Song Medley with Adapted Limerick Verses, a continuation of post #136, where you find the first five melodies in the series.

ORIGINAL SONGS: as per links.
LINKED LIMERICK MEDLEYS: Lyrics by Giorgio Coniglio set to the music of the indicated songs, mostly shown in previous blogposts.
SATIRE COMPOSED: Giorgio Coniglio, 2017 and 2018. Hotlinks are given for  posts using these new musical adaptations, and will be updated when possible. 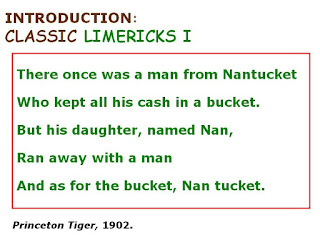 6. "OCHI CHORNYE" ("DARK EYES" – ‘traditional’ Russian 1884)
Oh, those gorgeous eyes, dark and glorious eyes
Burn-with-passion eyes, how you hypnotize.
How I adore you so, / how I fear you though
Since I say you glow! Now my spirit’s low!

Limerick Adaptation (Moderate changes)
Once was oligarch from Nantucket
Stuck all cash in pail. Tax? He’d duck it.
But his daughter Nan / Had a man with plan --
Informed KGB, then stole bucket.

Limerick Adaptation (significant changes)
In a case that Freud had mentioned,
Dean hid fortune in a can.
Daughter Joy found lottery winnings,
Filched his bucket; off she ran.

Hotlink to Wikipedia 'ODE TO JOY'.


8. THE SLOOP ‘JOHN B’ (traditional Bahamian, recorded by Kingston Trio 1958)
Oh, we came on the sloop ‘John B’ – my grandfather and me
‘Round Nassau town we did roam.
Drinkin’ all night, we got into a fight.
Oh, I feel so break-up, I wanna go home.

Limerick Adaptation (significant changes)
My Grandpa felt out of luck; on Nantucket he was stuck,
So credit cards and cash he hid in a pail;
Til his daughter Nan / rowed off with her man;
They’d plucked Pop's bucket, but now they’re in jail.

Hotlink to Wikipedia 'THE SLOOP JOHN B'.

UKULELE FRIENDLY VERSION (and guitar, too!) 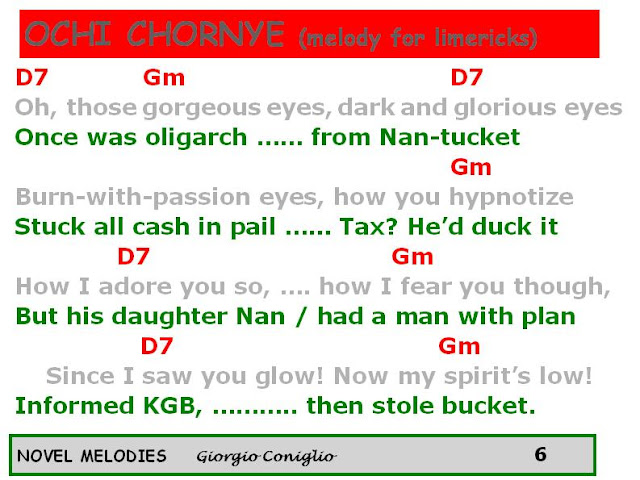 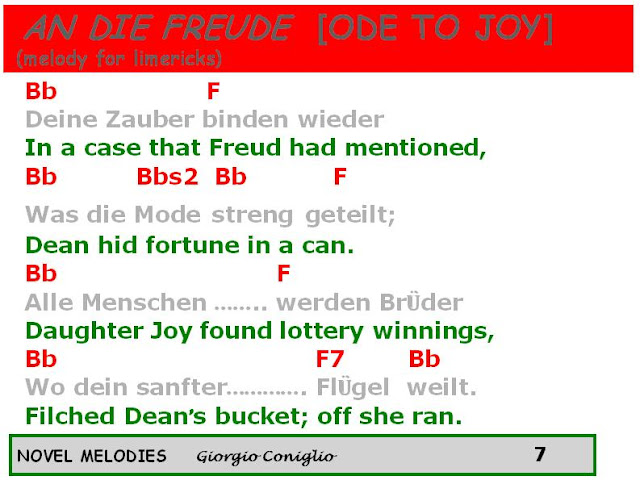 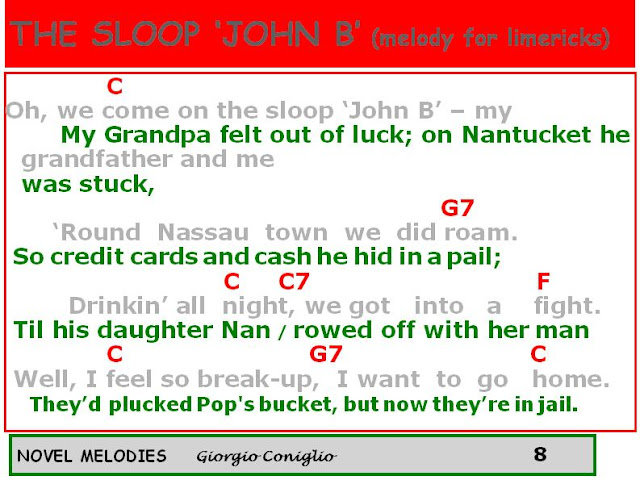 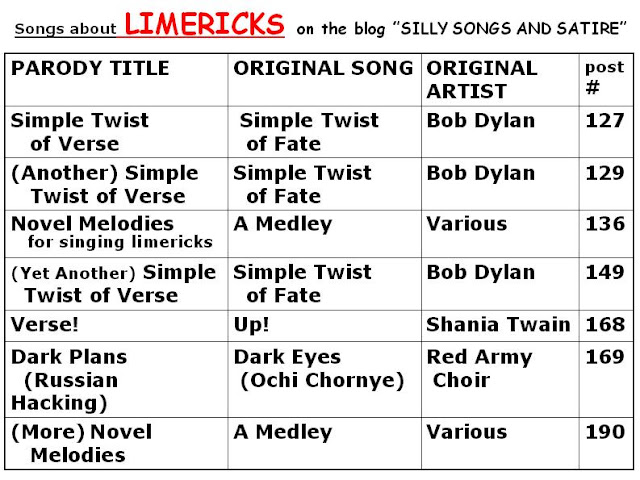 Posted by Giorgio Coniglio at 15:06