WORDPLAY LINK: For those interested in wordplay, and not so much in satirical song, check out the latest post on our sister blog "Edifying Nonsense".

A link to info about the present debacle.
http://www.newsweek.com/devin-nunes-impeach-rosenstein-wray-viewed-document-883499

(to the tune of "Galveston"

Rod Rosenstein, Deputy Attorney General in the U.S. Department of justice, January 2017 to present.
Donald Trump, President.
Robert Mueller, Special Counsel, appointed by Rosenstein, May 2017, to investigate Russian interference in the 2016 election.
James Comey, FBI Director, 2013-2017. His firing by Trump instigated Mueller's appointment as special counsel. His book "A Higher Loyalty: Truth, Lies and Leadership" was released May 1, 2018.
Jeff Sessions, U.S. Attorney General, appointed by Trump in 2016
Michael Cohen, Trump's personal lawyer and fixer, implicated in the payment of hush funds to Daniels and others.
Stormy Daniels, porn film star and director, seeking relief from a non-disclosure agreement arranged by Cohen just prior to the election in 2016, in relation to her claim of a tryst with D.T.
Steve Bannon, senior advisor to Donald Trump, formerly CEO of the alt-right outlet "Breitbart News"; filled the newly created position 'White House Chief Strategist' for 7 months until an apparent falling-out the President.
Devin Nunes, Republican congressman from California since 2003; chairman of the House Select Committee on Intelligence 2015-2018; unrelenting Trump supporter.
Paul Ryan, House Republican leader and Speaker, 2015-2018, who announced his pending resignation, putatively for family reasons, at the time of the initial furore over the search of Cohen's home and offices.

UKULELE-FRIENDLY FORMAT (and guitar, too!)
(Click on any chord-chart slide to move to 'song-presentation mode'; then navigate through thumbnails at bottom of page.) 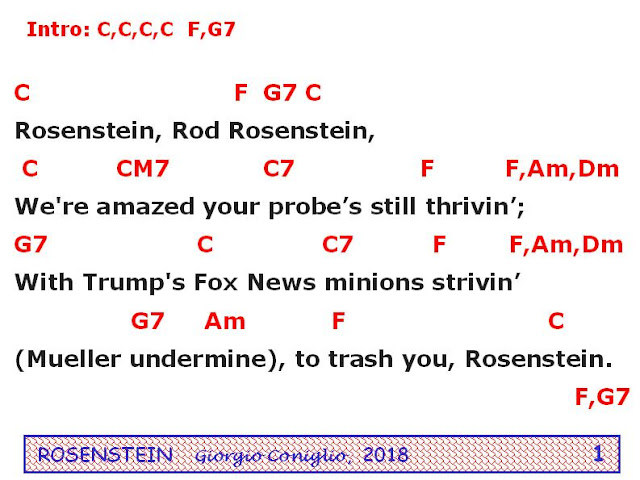 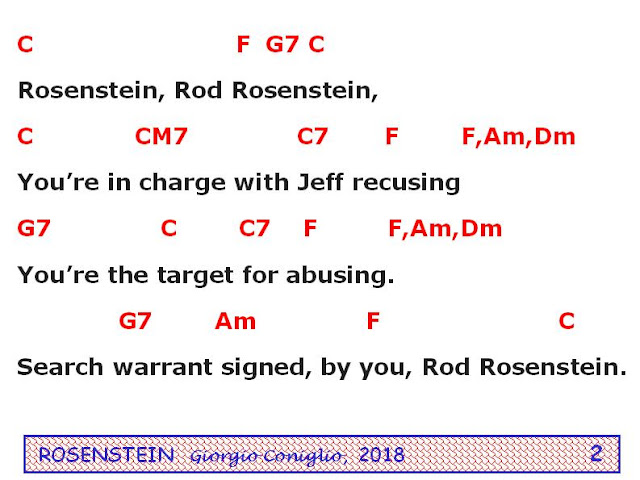 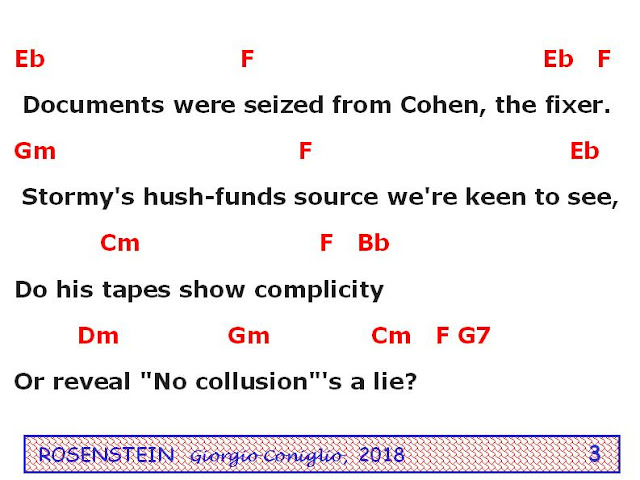 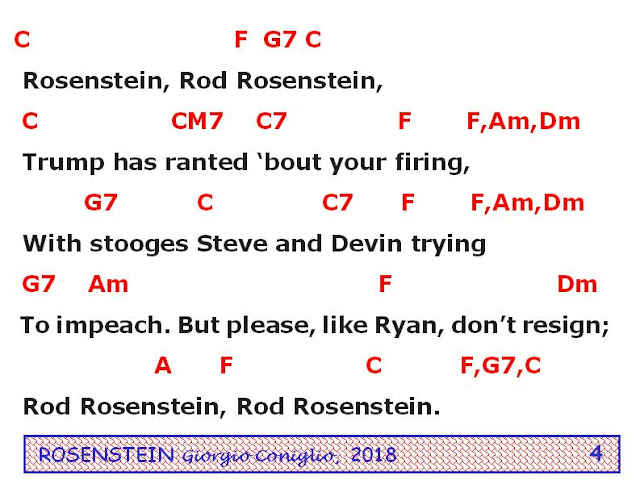 (Click on any verse-box to enlarge, and compare the 2 versions of the song in thumbnail mode) 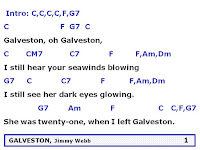 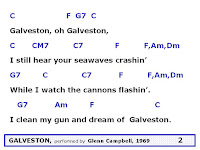 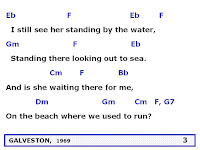 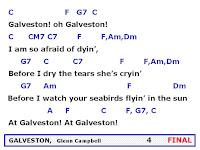 Posted by Giorgio Coniglio at 06:34