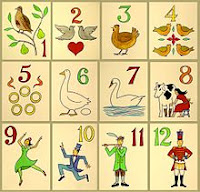 This parody-song is just in time for the end of Twelvetide.  Recently there has been some emphasis on the excessive use of multi-vitamin supplementation pills in the general population. But, many of our processed foods are already enriched with these essential chemical nutrients, and freedom from vitamin-deficiency diseases (avitaminoses), such as rickets, beriberi and pellagra is a gift for all mankind.
The pronunciation of the chemical names is a bit difficult, and for some of them, alteration from the typical was necessary to fit the meter of the original; these instances have been flagged by capital letters indicating the vowels which require unusual emphasis; e.g. ribOflavin, pEllagra.
The bracketed material is included for edification and for comparison with the original lyrics, and is not meant to be sung. In the second verse, (?)indicates cases in which a clinical deficiency state is not certain.

(to the tune of "The Twelve Days of Christmas"- final verse) (Outro)
A dozen Nobel Prizes
Awards in Chemistry,
And Med’cine and Physiology.

* Casimir Funk, working to elaborate the 'antineuritic' property of rice bran for potential therapeutic use in beriberi, isolated a substance that he called 'vitamine' as it contained an amino- chemical group. 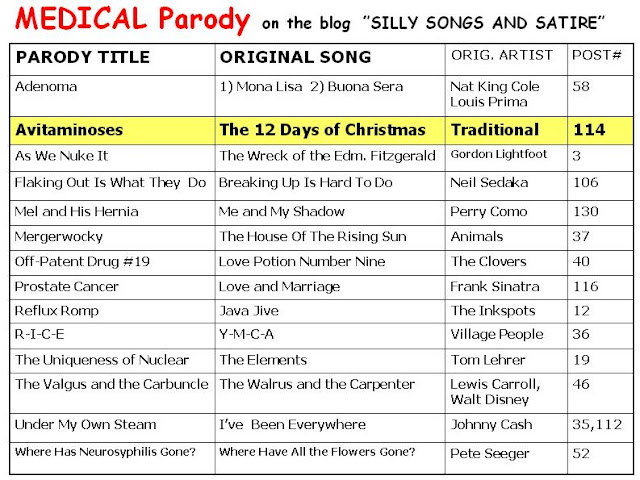 Adenoma
Avitaminoses (see below)
As We Nuke It
Flaking Out is What They Do
Mel and His Hernia
Mergerwocky
Off-Patent Drug#19
Prostate Cancer
Reflux Romp
R-I-C-E
The Uniqueness of Nuclear
The Valgus and the Carbuncle
Under My Own Steam part#1
Under My Own Steam part#2
Where Has Neurosyphylis Gone?
...AND A FEW LIMERICK-BASED SONGS
Singable Limerick-Medley #17: Nuclear Cardiology
Singable Limerick-Medley #20: Medical Imaging 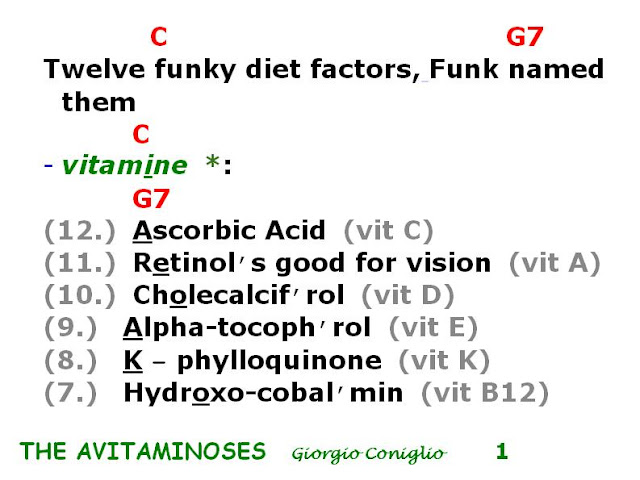 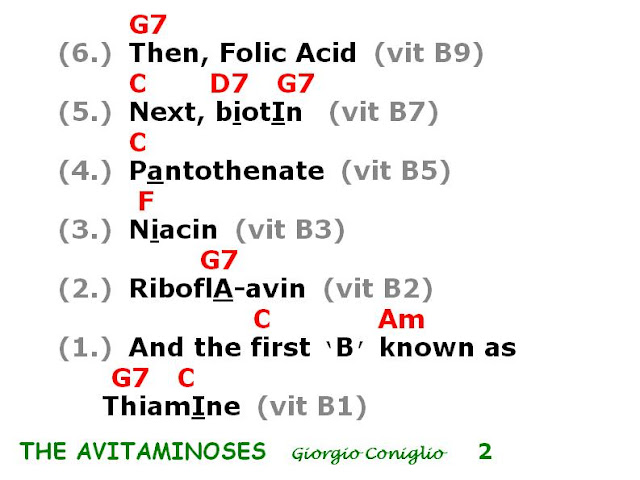 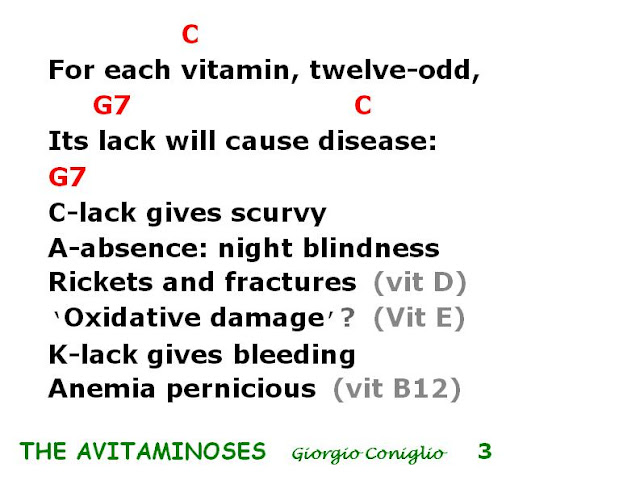 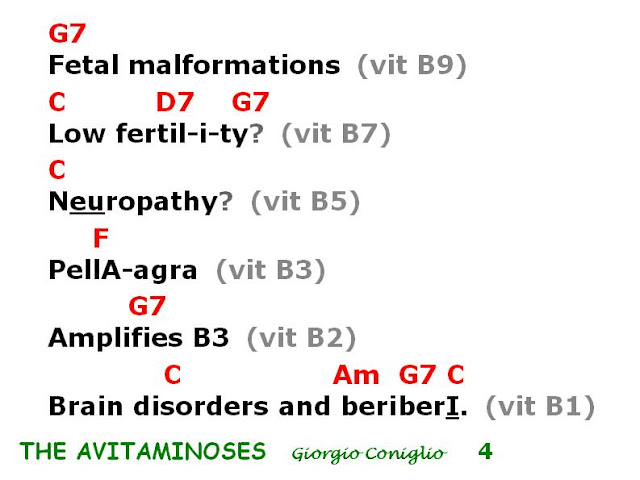 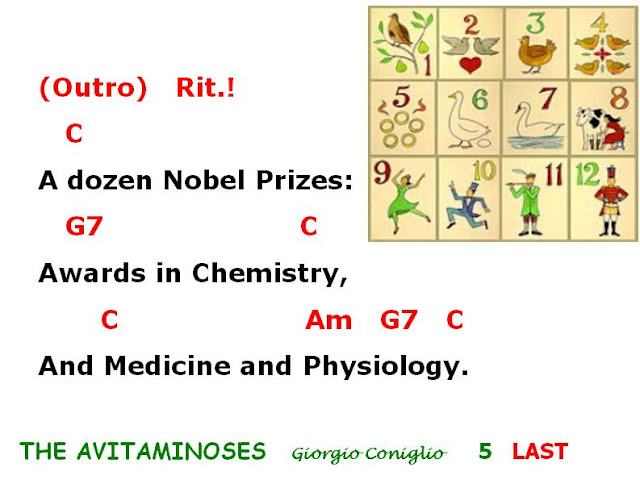 Posted by Giorgio Coniglio at 12:34