Dante views the fate of those whose burning passion sinned
Buffeted like winter starlings by the smiting wind
Hurricanes that never rest tempestuously thrust,
And lash them with the winds of lust;
Damn them to the winds of lust.

Dante bears the witness, but his eyes he barely trusts, 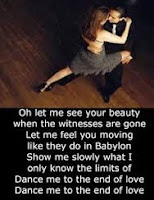 Dante feels great pity for a thousand tortured shades
Torn by love from mortal life ‘though none of them had AIDS
Paolo and Francesca stop for coffee and a bite
Time-out from their endless flight
Time-out to describe their plight.

Paolo and Francesca were a pair to break your heart
Paolo and Francesca topped Ravenna’s scandal charts.
(Shakespeare’s sad Verona couple - not invented yet
So no-one knew of Juliet,
No-one heard of Juliet)
Bro-in-law in castle garden, bad case of the hots;
Romance tales they read of Guinevere and Lancelot.

Dante learned how Frankie’d given into earthly bliss
When Paolo got his cue from reading of Sir Lancelot’s kiss
Dante poet, overwhelmed by anguish, felt so crushed
He fainted with this tale of lust.
Dante felt the pain of lust.

Gianciotto ( or Giovanni the lame) - disparaging nickname for Giovanni Malatesta

Caina - a pit in the lowest ring of Hell reserved for those who have committed treachery and violence against family members (named after Cain, Abraham's son) Canto 1A: Dante’s Song
Canto 1B: The Tour-guide Known as Virgil
Canto 2: Bea Wants to Keep Her Eye On You
Canto 3: A Trip Down the Acheron Riviera
Canto 4: Limbo Rocks, Or Not
Canto 5A: Minos’s Tail-Twist
Canto 5B: Dante Meets the Pain of Lust (see below)
Canto 6: Dante, Go and See (Crayfish Étouffée) 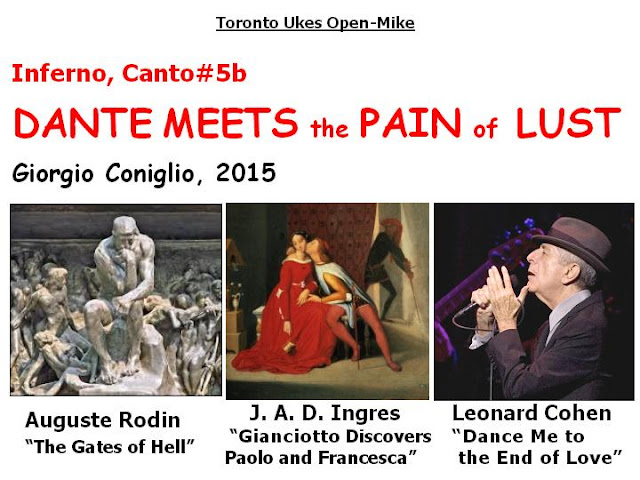 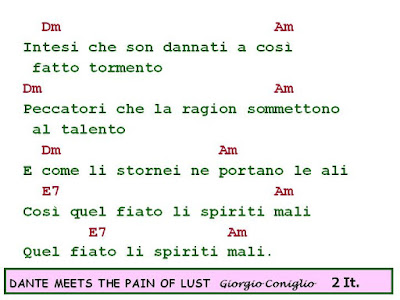 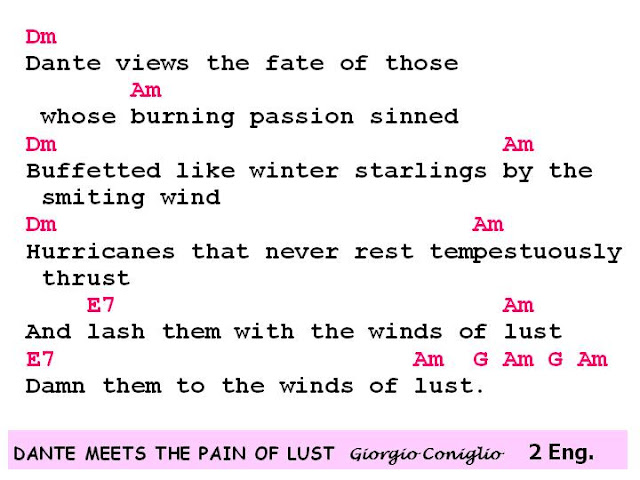 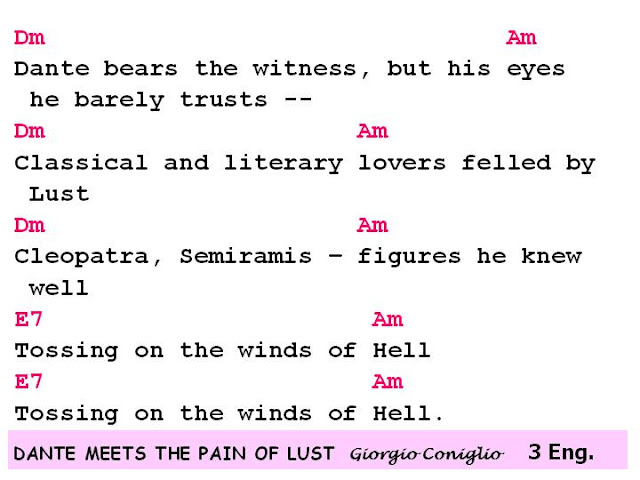 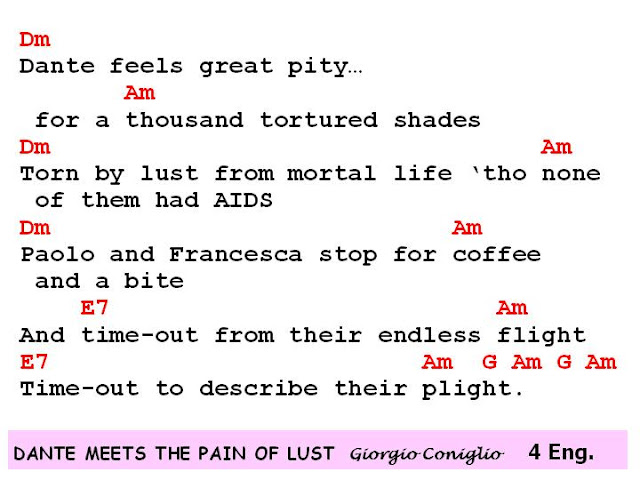 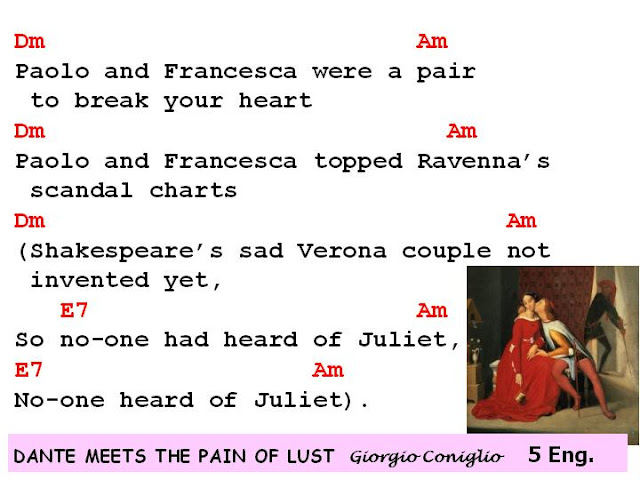 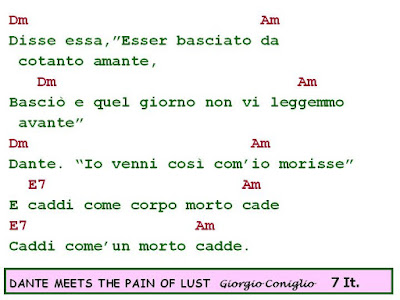 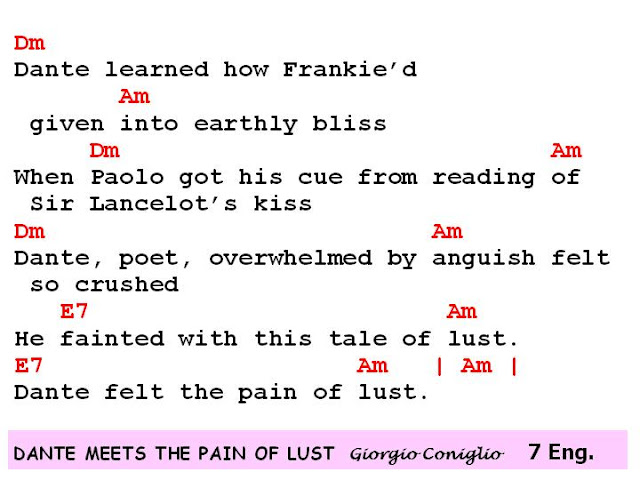 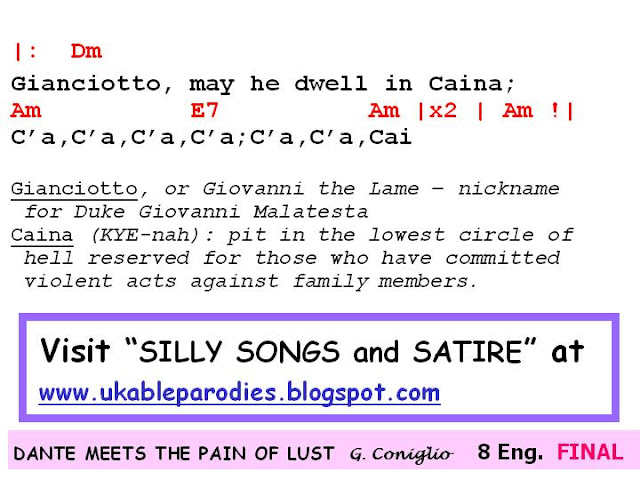 Posted by Giorgio Coniglio at 11:12