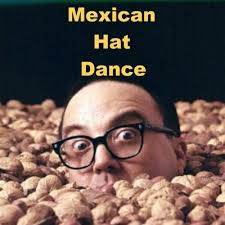 Resuming at Canto 5 of “The Inferno” after a considerable pause.... Dante, guided by the Roman poet Virgil is on a mission presumably sanctioned by heavenly powers, that leads them progressively further downward into the Circles of Hell.

(to the tune of "The Mexican Hat Dance")

Intro:
Oh! King Minos, his son was a Taurus - 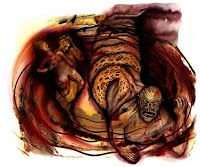 A Greek legend whose details might bore us,
Yet old Virgil’s Aeneid implores us
To think Minos a judge of the Dead.

Our nice outing in Limbo had ended.
To the grim Second Ring we descended,
Where this gross snarling monster offended
With the verdict he gives with his tail.

He examines the souls of transgressors
As a devilish father-confessor,
Assigns Circle of Hell, more or less, Sir,
With the number of coils in his tail.

You’d done rapine and pillage and letching
You’d sinned quite a good bit in your youth
You thought you had hidden
Those bad things you did then,
But Minos will find out the truth.

Crowds pour in! To get dissed!
In turn each one gets judged
They’d prefer not to budge,
But they’re hurled downward in the abyss.

Oh, this tail-twister’s workflow was broken,
When he’d spied me and snarkily spoken,
Virge rebuked him with a poignant token
Of the Power that willed us ahead.

Now, there starts up such sad incantation,
And the roar of a storm’s emanation -
Wind-tossed darkness and sad lamentation
‘Cause by now you could guess
There’s eternal distress -
Lustful lovers were damned and confined
Here, where Minos’s tail-twist assigned.
Olé.

* coda, the Italian word for tail, also implies a conclusion or ending. 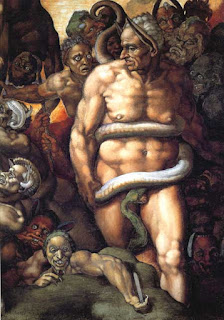 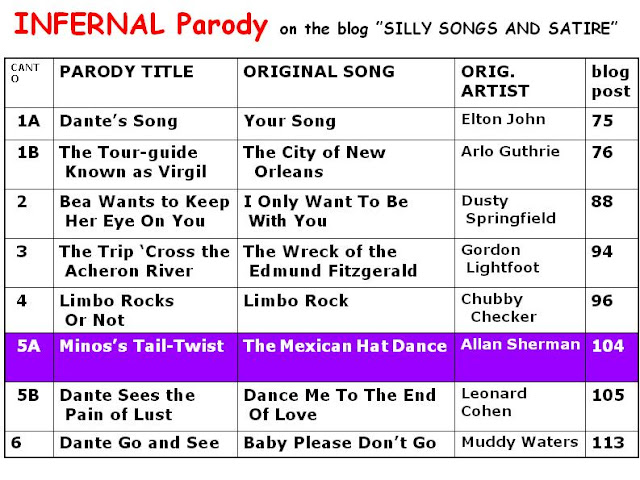 Canto 1A: Dante’s Song
Canto 1B: The Tour-guide Known as Virgil
Canto 2: Bea Wants to Keep Her Eye On You
Canto 3: A Trip Down the Acheron Riviera
Canto 4: Limbo Rocks, Or Not
Canto 5A: Minos’s Tail-Twist (see below)
Canto 5B: Dante Sees the Pain of Lust
Canto 6: Dante, Go and See (Crayfish Étouffée)

(Click on any chord-chart slide to advance to 'presentation/singalong' mode.) 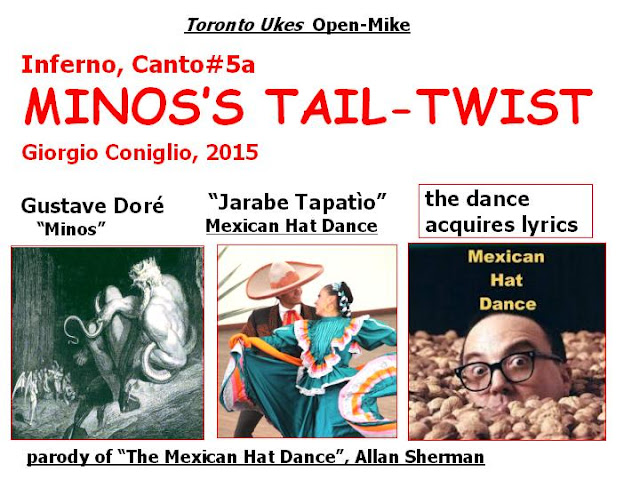 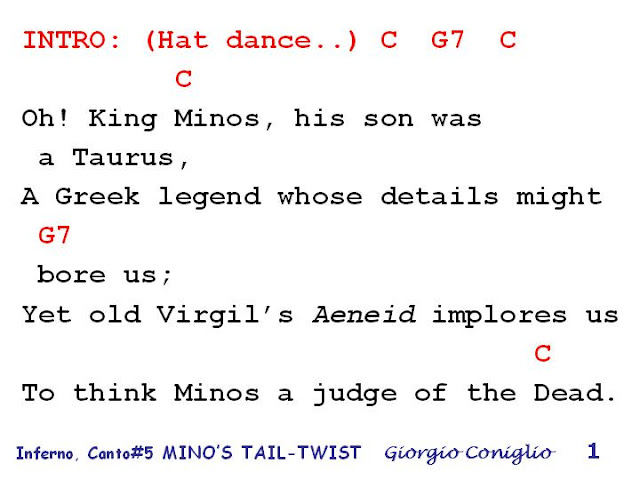 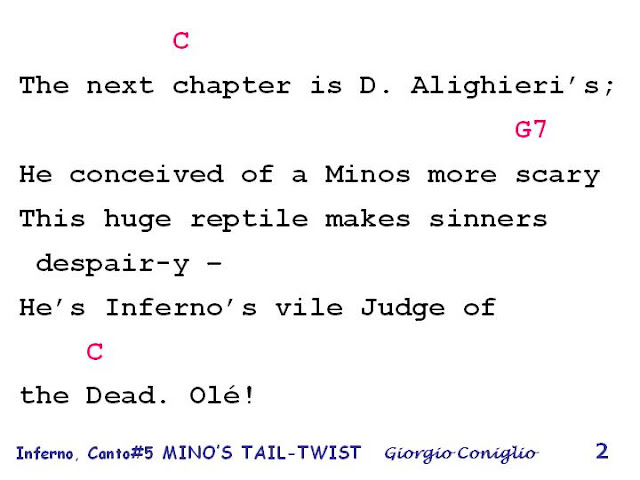 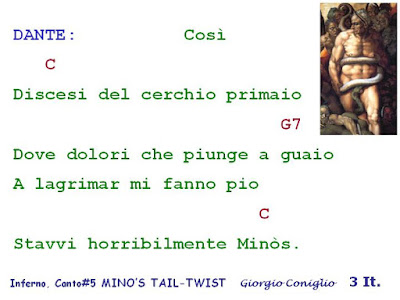 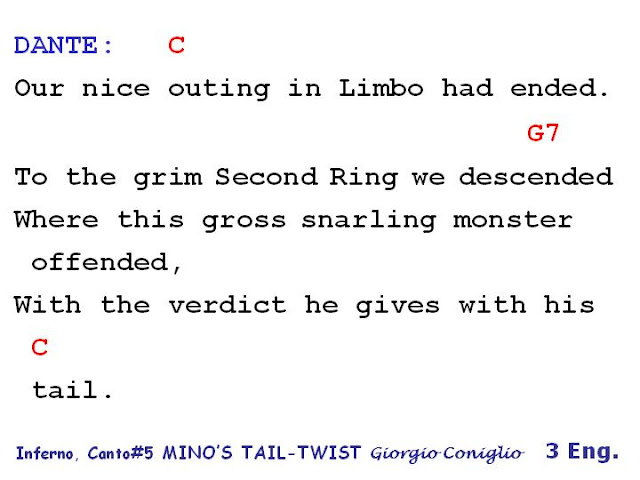 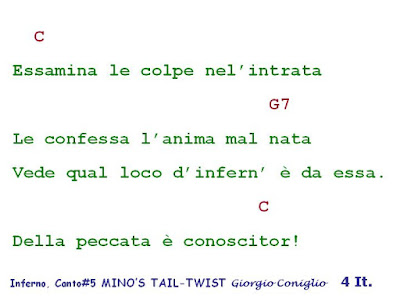 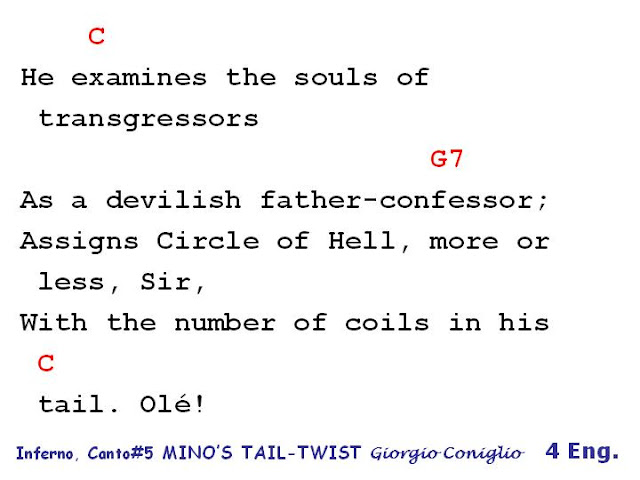 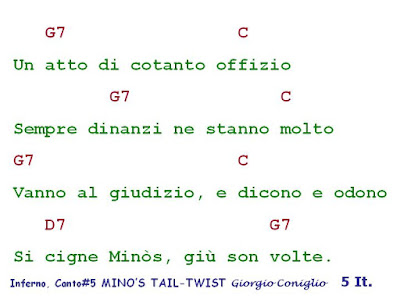 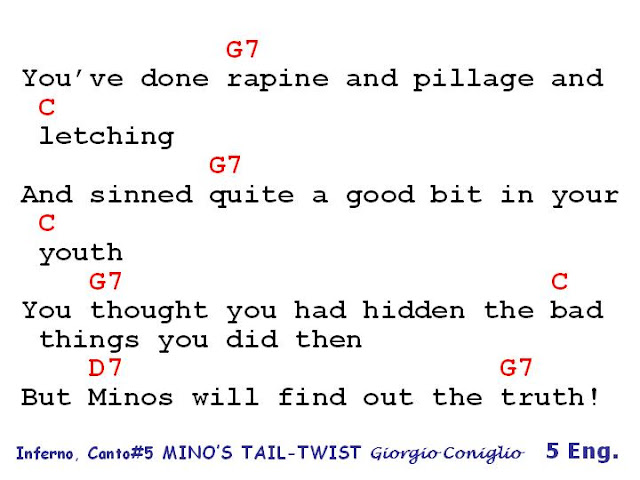 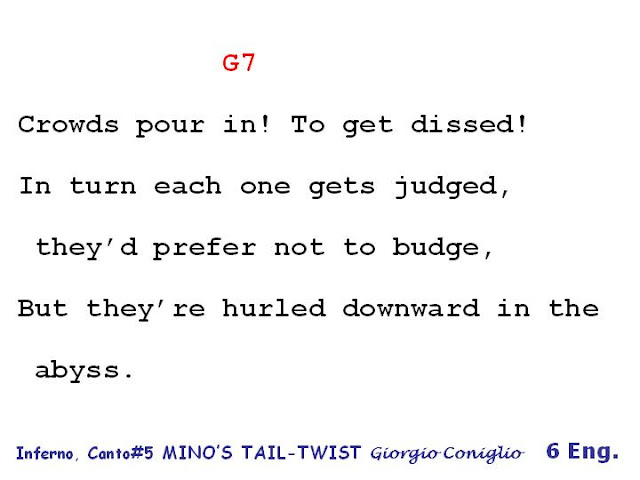 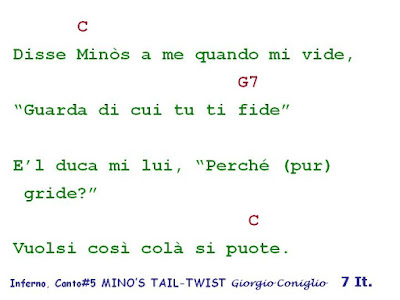 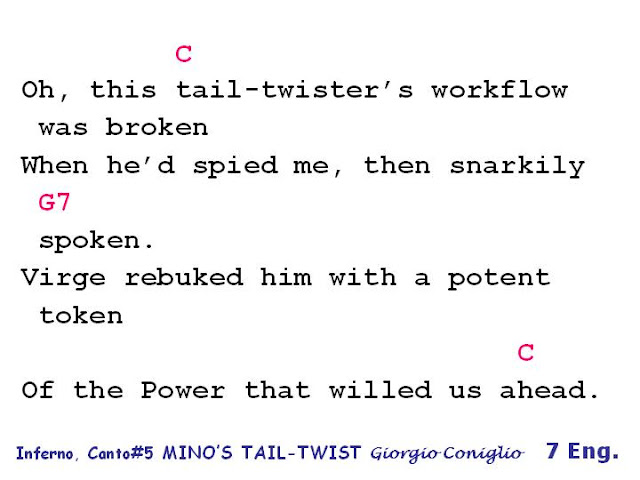 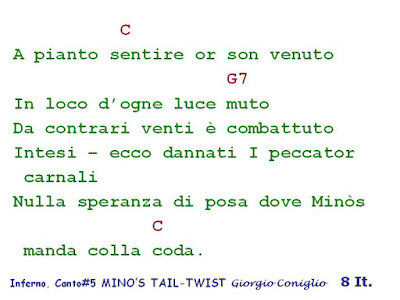 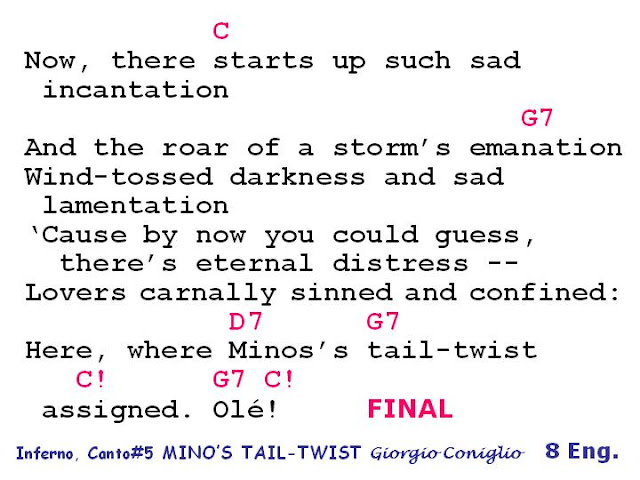 ORIGINAL SONG-LYRICS
(Click on any slide to enlarge, and to enter thumbnail mode, comparing the original song to the parody). 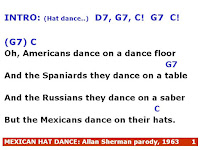 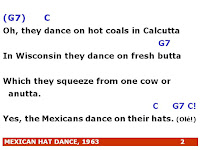 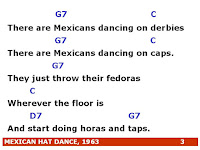 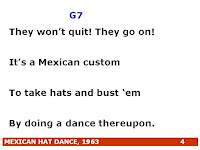 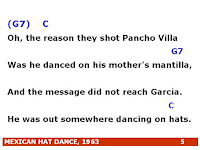 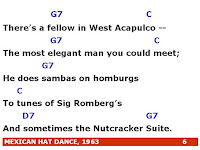 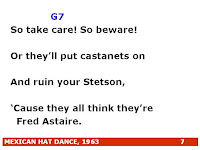 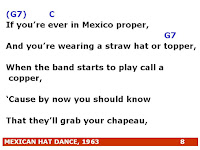 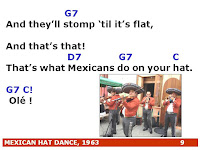 Posted by Giorgio Coniglio at 15:33