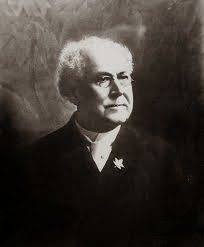 The original song proposed Canada’s national symbol, and acted for decades as the unofficial anthem of (English) Canada; it was officially replaced in 1980 by “O Canada”. The old tree which had presumably inspired the original lyrics was destroyed by a storm in July 2013.
As pointed out in the blog "City in the Trees", the version we sang long ago in school evoked a Canada that extended from Cape Race in the east to the Pacific. In fact, at the time Muir created the song, Newfoundland and British Columbia were separate colonies, and the new country had only 4 provinces.
Research into the song's historic underpinnings, as portrayed here, as well as personal experience, evolved into the nostalgic piece "Canadian Reunion" - see my post in December which shows the chords you will need to play this parody-song. 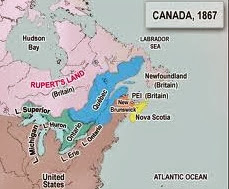 (to the tune of Alexander Muir's "Maple Leaf Forever")

No copyright, no fleur-de-lys; of insight only traces -
His “Maple Leaf” excluded half our country’s founding races.

On days of pomp, when bands would romp from Lakes to FroBay and Sea to Sea,
The trick was to pick “God Save the Queen” from “My Country ‘Tis of Thee”.
The music-sheets for these two treats seemed equal when you scanned them;
We’d need decide in love and pride the True North’s national anthem.

Untwine the Line at Forty-Nine, les Ricains might endeavour;
Could we that fragile Line define with “Maple Leaf Forever”?

As reg'ments touted "Leaf" their tune, did Anglo journals shout and rant,
But decades past, "O Canada" did Muir's time-worn chant supplant.
In time for our Centennial, new flag and hymn to savour,
Still stuck with macho lyrics and a pinch of maple flavour ! 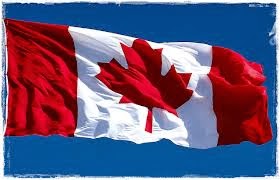 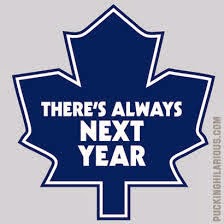 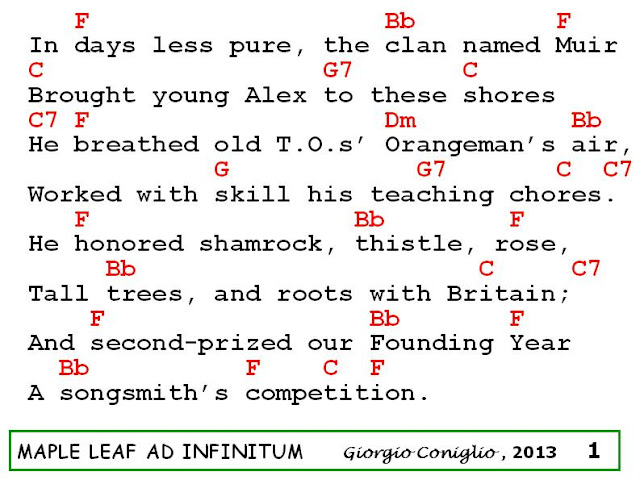 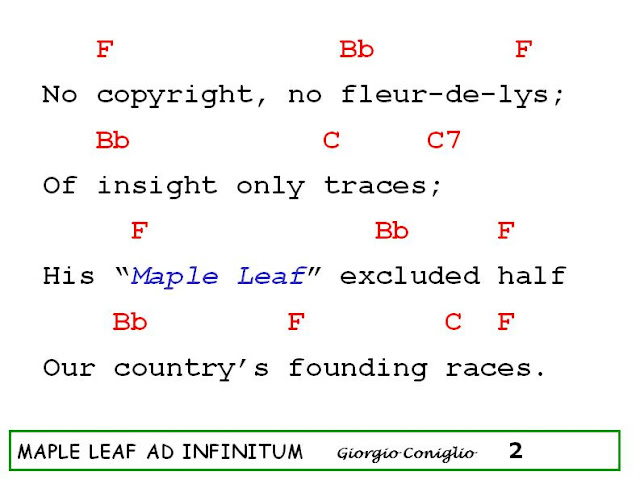 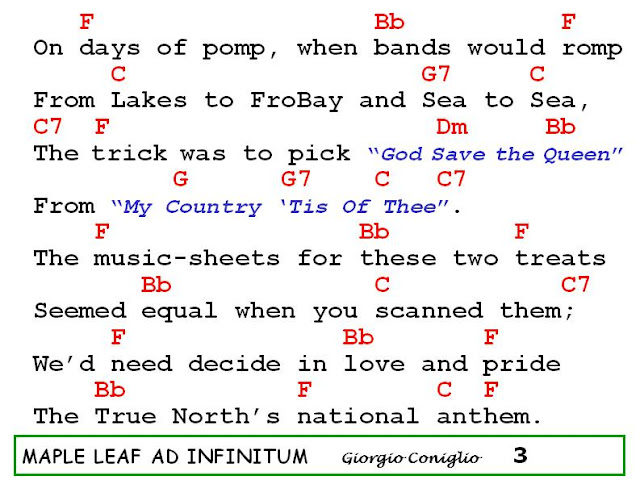 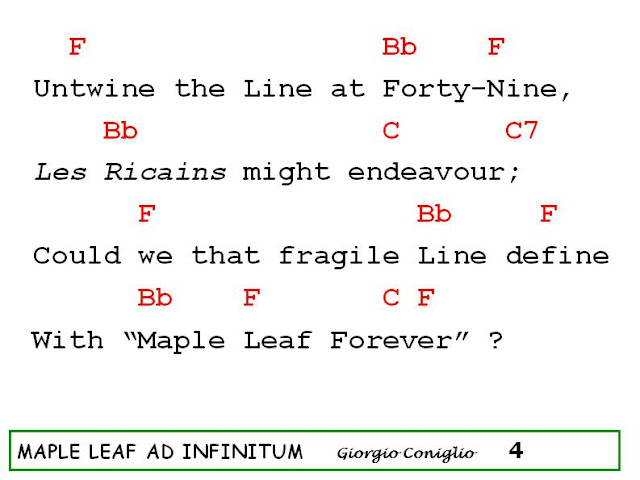 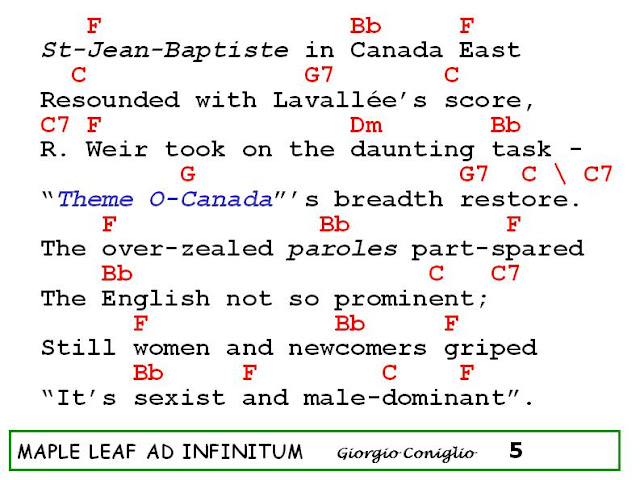 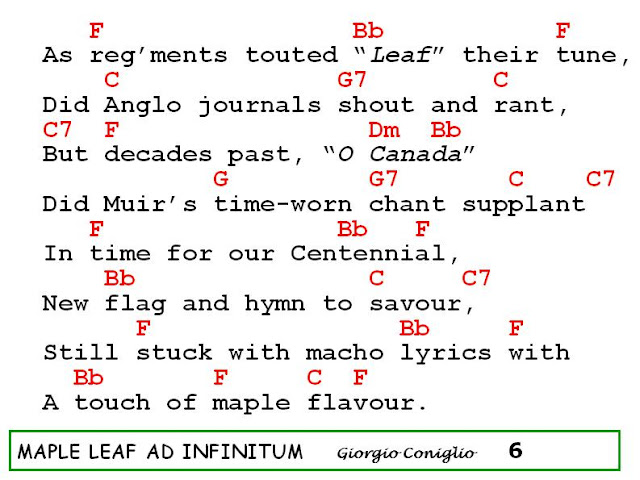 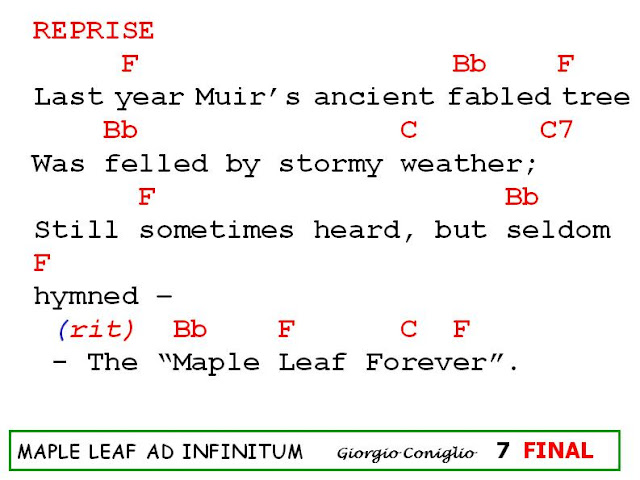 Posted by Giorgio Coniglio at 16:24